how we can help
Why join HCR? +
About Us Our Values Life outside the office Our Professional Networks
Early Careers +
Routes into a legal career Paralegals career Training Contracts Vacation Schemes
Our Current Vacancies
Around The World +
LEI Network China India Netherlands Nordics USA
Home > Blogs > Are there eyes in the sky over your land?

Are there eyes in the sky over your land? 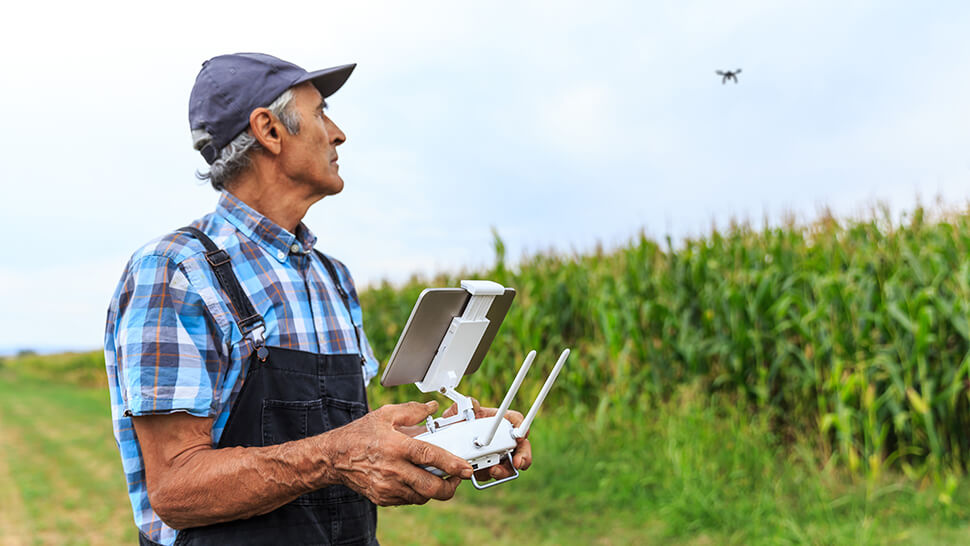 New technology is being used increasingly in agriculture, with advances such as GPS, robots, data sensors, genetic engineering and drones showing the potential to make farming and horticulture more efficient, faster and economical as well as greener.

As CLA President Tim Breitmeyer has noted, long term investment in technological advances for horticulture, amongst other things, should be uppermost in policy makers’ minds.

Technology in agriculture has advanced rapidly over the last decade and drones in particular have become popular, for commercial purposes as well as for recreational use. Agricultural drones are high-tech systems that can do things a farmer can’t, such as soil health scans, monitoring crop health, applying fertilizers and watering the fields, even tracking weather and estimating yields, and then collecting the data and analysing it for prompt action.

In short, drones can mechanise many areas of arable farming, eliminating the costs of human errors and enabling farmers to react quickly to threats (such as drought conditions and pests), helping them maximise income and returns on investment in the end.

How does the law limit technology use?

However, along with the increased use of drones there have been a number of instances of misuse. So rules and regulations have come into force to govern their use. The regulations for recreational drone flights are contained within the Air Navigation Order 2016 (ANO). In order to keep the regulations at a proportionate level for these small drones, a set of specific, simpler regulations apply to aircraft that have a mass of 20kg or less (which are termed ‘small unmanned aircraft’ within the ANO).

In simple terms, these regulations state that you are responsible for flying your drone in a safe manner and that you must:

• Keep the drone in your direct sight at all times while it is flying, so that you can ensure that it does not collide with anything, especially other aircraft
• Ensure that you don’t endanger anyone, or anything with your drone, including any articles that you drop from it
• Remain at a height less than 400ft above the land/water below. If flying over hilly/undulating terrain or close to a cliff edge, this may be interpreted as being a requirement to remain within a distance of 400ft from the surface of the earth
• Avoid the Flight Restriction Zone of a protected aerodrome

If your drone weighs more than 7kg, additional rules apply if you fly in certain types of airspace.

Are there different rules for taking photos by drone?

If your drone is fitted with a camera, there are also a number of additional limitations surrounding where you can fly it, and how close you can fly it to other uninvolved people or objects. In order to be able to fly within these areas, or closer than the minimum distances that are in the regulations, you must obtain prior permission from the CAA to do so.

If you are using your drone for commercial purposes, then you will need a permission issued by the CAA before you conduct any commercial operations with it.

Trials are currently being conducted by Harper Adams University for ‘hands free farming’ whereby whole crops are being planted, monitored and harvested by automated machines.

In the US they are further ahead of the game; the forecast there is for 300,000 commercial drones to be operating by next year, and agriculture will be their second-biggest market, after infrastructure, according to accountancy firm PricewaterhouseCoopers. So farmers could soon become drone pilots rather than tractor drivers in the future.

If you’re exploring drones as an option and want to know how the restrictions will affect you, please get in touch with Esther Stirling at [email protected]