how we can help
Why join HCR? +
About Us Our Values Life outside the office Our Professional Networks
Early Careers +
Routes into a legal career Paralegals career Training Contracts Vacation Schemes
Our Current Vacancies
Around The World +
LEI Network China India Netherlands Nordics USA
Home > Blogs > Can the protection of older workers justify treating younger workers less favourably? 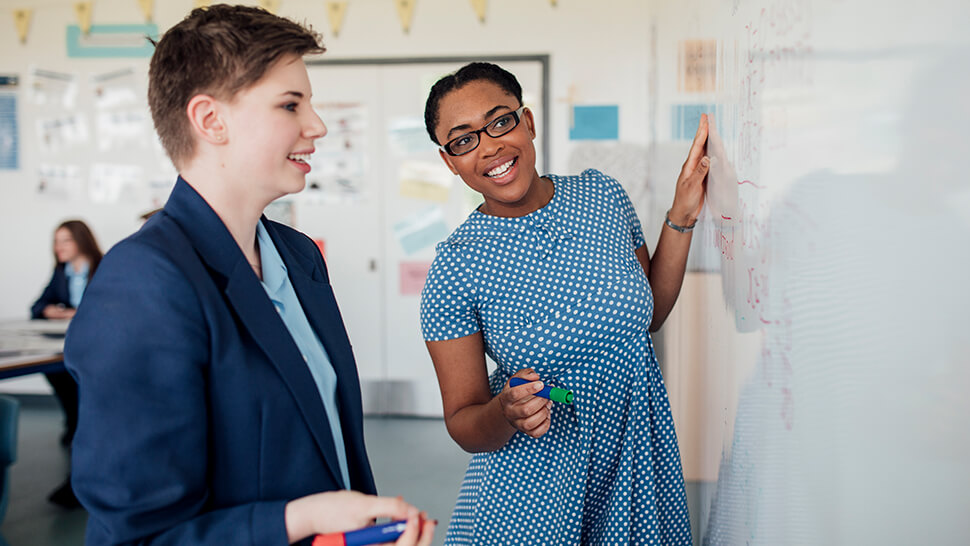 Not according to the Court of Appeal (CA) in the recent case of The Lord Chancellor v. McCloud, unless there is clear evidence of a legitimate aim justifying the difference in treatment.

The Equality Act 2010 makes it unlawful to discriminate against employees because of their age.

In some circumstances, direct age discrimination (the practice of treating someone less favourably because of their actual age), may be objectively justified as ‘a proportionate means of achieving a legitimate aim.’ Evidence must be produced to support both the aim and the fact that it is proportionate.

To be proportionate, a measure has to be both an appropriate means of achieving a legitimate aim and reasonably necessary in order to do so.

As part of the recent government reforms to public sector pension schemes, transitional provisions were put in place for the judicial and firefighters’ pension schemes. In both cases, the provisions sought to protect the pensions of those members closest to retirement.

A group of judges, and a group of firefighters, each brought separate claims to the Employment Tribunal challenging the transitional provisions implemented in relation to their respective pension schemes, asserting that these provisions unlawfully discriminated against younger scheme members on the grounds of their age.

In the case of both the judges and the firefighters, it was common ground that the younger members of the pension schemes had been treated less favourably. The issue was whether this less favourable treatment could be objectively justified.

Initially, different decisions were reached in relation to the judges and the firefighters.

Both the Employment Tribunal and the EAT found that the younger judges had been treated less favourably on grounds of their age and that the Lord Chancellor and the Secretary of State had failed to demonstrate that such treatment was a proportionate means of achieving a legitimate aim.

With the firefighters, the opposite conclusion was initially reached in the Employment Tribunal.This was overturned on appeal to the EAT which found that, although the Employment Tribunal were entitled to conclude that the aims were legitimate, it had not approached the question of proportionality correctly.

Both cases were appealed to the CA and were dealt with together.

The CA held that:

• the transitional provisions of both pension schemes treated younger workers less favourably than older workers; and
• such treatment was not a proportionate means of achieving a legitimate aim.

In reaching this finding, the CA held that a mere ‘visceral instinct’ that ‘it felt right’ to protect older workers was not enough to amount to a legitimate aim which could justify discrimination.

In principle, it could have been justifiable to treat the older workers more favourably to address financial difficulties they may have faced as a result of having less time to prepare for the impact of the changes, but such a justification would have to be demonstrated by evidence.

Although it is legitimate for an employer to have moral and political aims in mind, such aims have to be supported by evidence.

Is this the last word?

We understand that the government has asked for permission to appeal to the Supreme Court so this may not be the final decision on the matter.

What impact does this have on schools?

Schools should always keep their obligations under the Equality Act 2010 at the forefront of their mind when making decisions which will have a different impact on staff depending on their age.

In the realm of pensions, when making potentially detrimental changes, the natural inclination may be to protect those closest to retirement. The CA’s decision highlights the dangers of doing so.

This is of particular relevance given the difficult decisions faced by independent schools in the light of the forthcoming increase in employer contributions under the Teachers’ Pension Scheme (TPS). Due to the increase in costs, some schools may decide to leave the TPS and set up new schemes with alternative pension providers with less onerous employer contributions. If a school decides to take this route, we strongly recommend that both pensions and legal advice is taken to ensure that any alternative arrangements do not fall foul of the Equality Act 2010.

For specific advice or queries, please contact Oliver Daniels on 01242 246448 or [email protected]