how we can help
Why join HCR? +
About Us Our Values Life outside the office Our Professional Networks
Early Careers +
Routes into a legal career Paralegals career Training Contracts Vacation Schemes
Our Current Vacancies
Around The World +
LEI Network China India Netherlands Nordics USA
Home > Blogs > Care homes and self-funded residents: Is charging an administration fee fair? 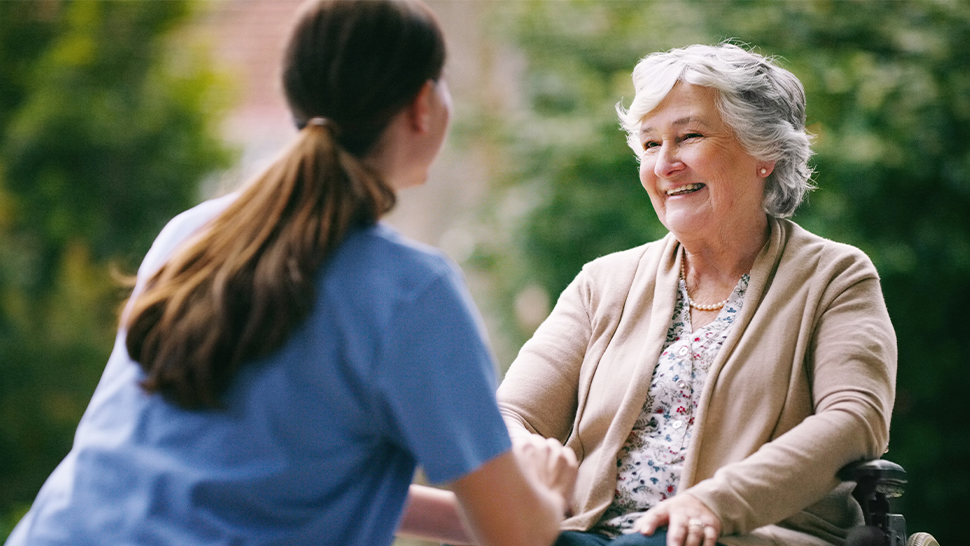 Care home fees, particularly for self-funded (private) residents, have been a controversial matter for a long time. But within the wider controversy, there is a specific issue that has been the focus of the Competition and Markets Authority (CMA) recently. Some care homes charge self-funded residents administration fees. These are compulsory fees payable upfront in addition to weekly costs for care services provided and accommodation.

Different practices are adopted by individual care homes, and fees can vary drastically from care home to care home, as can the level of care and facilities provided to residents.

As the regulator of competition, promoting competitive practices for the benefit of consumers in the UK and further afield, the CMA also investigates any potential breaches of competition or consumer law, for example where it may be considered that businesses have acted unfairly towards consumers. In December 2016, it launched a topical market study into the care home sector. Its particular focus was care homes charging administration fees for self-funded residents.

The CMA concluded in its study that charging administration fees was an unfair consumer practice in many circumstances and issued advice to care homes on when it was appropriate to charge them. The CMA also opened several consumer protection cases relating to care home providers charging administration fees, ultimately looking for redress for consumers caught by these costs.

This case was heard recently in the High Court. It resulted in the CMA’s action against Care UK being dismissed. What did the court ruling say? What does it mean for care homes and for self-funded residents? Let’s look at it in a little more detail.

What was Care UK disputing about the CMA’s findings?

Care UK disputed two of the CMA’s findings relating to unfair consumer practice. The first was whether paying an administration fee amounted to an ‘unfair term’ within the meaning of the Unfair Terms in Consumer Contracts Regulations 1999 (UTCCR 1999). The second was whether Care UK’s practice relating to how the administration fee was charged was an ‘unfair commercial practice’ prohibited by the Consumer Protection from Unfair Trading Regulations 2008 (CPUTR 2008).

In evaluating this second point, the court needed to consider several factors:

What was the court’s verdict and what does it mean for future enforcement action on unfair consumer practices?

The High Court handed its decision down on 23 July 2021. Mrs Justice Bacon ruled that the charging of administration fees did not constitute an unfair or unreasonable commercial practice. In the judgment, three points in particular were clarified. This will affect any enforcement action that the CMA takes in the future relating to unfair consumer practices.

In law, the average consumer is defined as “reasonably well informed, reasonably observant and circumspect”. Apart from this, it is also necessary to consider the type of consumer taking a decision on a case by case basis. Here, the consumers who were considering the admission of a resident to a care home were likely to be relatives or representatives of the prospective resident. The court deemed that the average consumer in this case was able to sufficiently evaluate different care homes and pricing structures, drawing conclusions as to the pros and cons of individual care homes.

The definition of a significant imbalance in rights and obligations

For a term to be considered ‘unfair’, it must have created a significant imbalance in the parties’ rights and obligations under the contract. This imbalance must be to the detriment of the consumer and contrary to the good faith requirement.

The CMA argued that no material service was being provided to the prospective resident in return for the administration fee. However, Care UK maintained it carried out considerable pre-admission services for self-funded residents including conducting a pre-admission care needs assessment (focusing on elements such as medical history, medication, allergies, any specific behavioural problems/needs and the daily routine of the prospective resident). Once this was completed, a care plan and moving in plan was prepared.

The court found the administration fee did not constitute an ‘unfair term’ for consumers as material and separately identifiable services were provided in return for the administration fee paid. This was not to the detriment of consumers (prospective self-funded residents) nor contrary to good faith. Accordingly, the court held that Care UK was entitled to apply a separate charge covering the costs incurred.

What can be said to constitute ‘unfair commercial practices’

The CMA said Care UK’s actions constituted unfair commercial practices because pricing misinformation and the charging of additional admission fees came at a point when consumers were already emotionally invested. The CMA argued self-funded residents were entering into a transactional decision as a direct result of general pricing displayed online (which did not include a breakdown of the administration fee). The court rejected this.

Mrs Justice Bacon noted when choosing a care home, a prospective resident would generally undertake an initial visit followed by a number of subsequent visits. As part of the same research process, they would also visit alternative care homes. Prospective residents were not deemed to be emotionally invested at this stage.

As Care UK’s standard practice was to discuss financials (including the administration fee) at the end of the first visit to the care home, the court ruled that a prospective resident was not making a transactional decision and would commonly come back for a further visit(s). It was only at the point when a prospective self-funded resident was looking to enter a contract with Care UK that the administration fees were charged.

What does this all mean for consumers?

The outcome is controversial and a huge setback for the CMA.

The decision is specific to care home administration fees, but it will inevitably have widespread consequences for any enforcement actions brought by the CMA in future. It is also expected to have widespread implications for general consumer redress schemes. Ultimately, this could be to the detriment of consumers and to the advantage of businesses who may have more awareness as to the scope they must operate within.

It is likely the verdict will result in a greater focus on the CMA’s remit and whether it is acting within the powers it has been given. Note too that the government recently announced a new consultation on reforms to increase the CMA’s powers for dealing with both competition and consumer law issues.

That being said, it remains to be seen whether the CMA will appeal against this decision. It is also highly unlikely to deter the CMA from taking any enforcement action in future if it deems it reasonable and necessary for the protection of consumers. There is also the possibility that the government could seek to legislate in this area on public policy grounds if the consensus is that consumers need protection and the rules on such administration fees charged by companies (within and outside of the care sector) need to be amended to achieve that.

What does this mean for the care sector and care industry specifically?

It should be noted that whilst this decision is very fact-specific, an element of clarity has been provided as to what is considered ‘fair’ and ‘reasonable’ in respect of administration fees charged by care homes. Care UK adequately justified its charging of administration fees to the High Court’s satisfaction. It was deemed to have provided valuable and distinguishable pre-admission services in return, for which an administration fee was seen to be reasonable.

However, whilst the case was progressing through the courts, Care UK made the decision to stop charging compulsory administration fees, although it did not agree to issue refunds to self-funded residents that had already paid them. It will be interesting to see the approach that Care UK adopts following the case, in particular whether it will resume its practice of charging administration fees as standard.