how we can help
Why join HCR? +
About Us Our Values Life outside the office Our Professional Networks
Early Careers +
Routes into a legal career Paralegals career Training Contracts Vacation Schemes
Our Current Vacancies
Around The World +
LEI Network China India Netherlands Nordics USA
Home > Blogs > Co-working: an existing solution to a new challenge

Co-working: an existing solution to a new challenge 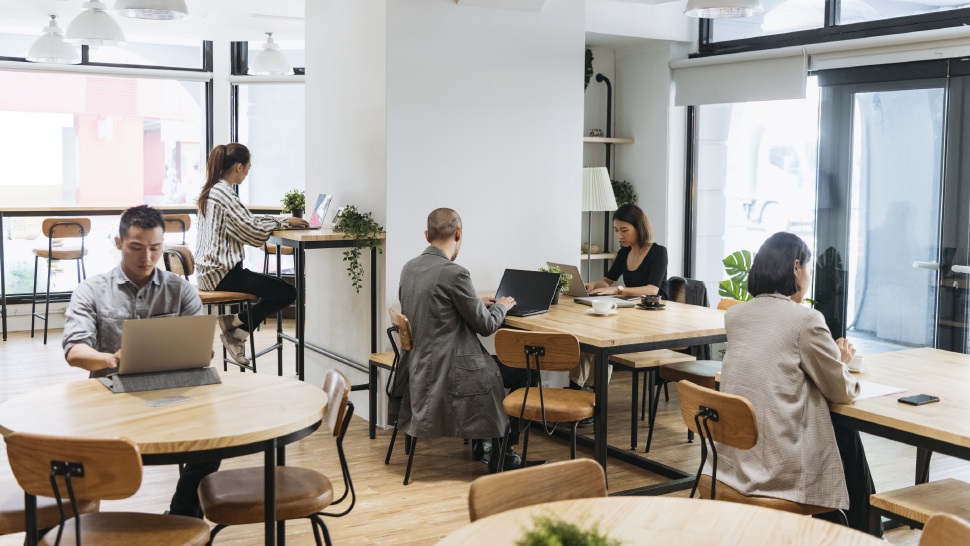 Co-working might be a new concept for many of us, but it’s been a common practice in the creative and cyber sectors since the 1990s. From Berlin’s C-Base to San Francisco’s Spiral Muse, community workspaces have been providing freelancers and remote workers with the lost benefits of office working for more than 20 years.

And whilst many co-working hubs have had to keep their doors closed throughout most of 2020, in another world this year could have been the spark that ignited the co-working revolution. New research, published in our Future Workspaces report, suggests that the embers could still catch in 2021.

In our pre-pandemic survey, we asked people about co-working spaces such as ‘wework’ where you can share office space with others, often from other companies. Many people use co-working spaces as an alternative to working from home. However co-working spaces seem to be a new concept to many – 78% of our respondents said they had never used them – but the people we spoke to that do use them, were overwhelmingly positive about their experiences.

Among the chief attractions are their liveliness and sense of community they offer, as well as their positive effect on productivity.

Paul Goring is Managing Director of Consortio and uses The Workplace, a co-working space in Cheltenham. He says: “People get on with what they’ve got to get on with. But equally there’s a real feeling of community, it’s not just head down and ignore everybody. I like that about it.”

Jonathan Harris, Founder of LeadHub and another user of The Workplace, echoes Paul’s comments. “In terms of being productive, I know I can come here and be undisturbed for the whole day. But if I want to engage, I can. I just need to turn to the person next to me. From that perspective, it’s super, super good.”

Another theory is that people love them because of the quality of the space. As commercial enterprises, co-working spaces need to create high quality environments in order to attract people to use them.

Claire Storey, founder of The Workplace, says the quality of the space was important to her. As well as the latest technology, the space is equipped with furniture such as electric desks and Herman Miller chairs.

And as Paul Goring comments: “I think the environment itself has been very well put together – it just feels different and modern. A lot of corporates could learn from that, because some of the environments I’ve worked in have been a little tired.”

Another key difference is the flexibility and variety of space.

Louise Stevenson, co-founder of WorkHere, a co-working space in Hereford, also highlights the importance of creating a flexible space that gives people choice. Her building features rooms of different sizes spread across three floors. She says: “Whilst it’s open plan, it offers variety. I’ve got members who like to put their headphones on, get their head down and they don’t particularly want to talk to anybody. They tend to go into a little room upstairs. And then we’ve got people who want to chat and collaborate and they tend to sit in the bigger rooms where there’s a buzzier atmosphere. You can find your little zone and have your own little space, even though it’s hot desking. And as well as standard desks and chairs we’ve also got a bar stool area and we’ve tried to provide different types of seating and furniture, so there are spaces to suit different personalities.”

Claire Storey agrees that flexibility helps: “Our online booking system shows you who has booked which desks, so you can choose where you want to sit depending on who’s booked the neighbouring desks. I love watching people form social groups and then start going out together in the evenings as well. Whereas obviously in an office you’re just given your desk and that’s where you have to sit, or you take your chances with the hot desking scenario.”

And that even pre-pandemic, there was a slow shift towards employer-sponsored memberships for homeworkers: “as it makes them happier, more productive, and therefore ultimately saves the company money.”

For most employers, a return-to-work is still some way off, but what’s quickly becoming apparent is that it will likely never be the same as before. A hybrid working approach, which blends office, home, and co-working spaces, may be the solution for most. If your company requires help in implementing new policies, or negotiating new leases, we’re here to help.

We would also like to give you access to the full 95-page Future Workspaces report, of which co-working is one of many topics discussed and debated. Download your free copy here.