how we can help
Why join HCR? +
About Us Our Values Life outside the office Our Professional Networks
Early Careers +
Routes into a legal career Paralegals career Training Contracts Vacation Schemes
Our Current Vacancies
Around The World +
LEI Network China India Netherlands Nordics USA
Home > Blogs > Hundreds of new drivers banned for using mobile phones whilst driving 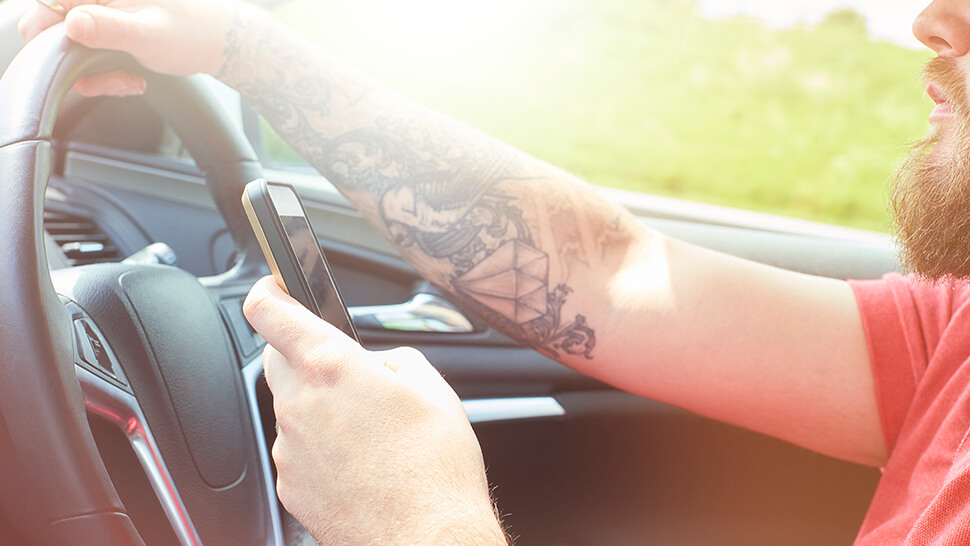 In March 2017 the punishment for using a mobile telephone whilst driving was doubled to six penalty points – enough to instantly ban those with less than two years’ driving experience.

Drivers who get six penalty points within two years of passing their test automatically lose their licence.  To get back behind the wheel, they have to retake both the theory and practical parts of the driving test, a costly and time consuming exercise.

It was hoped that the new penalties would act as a strong deterrent to mobile phone users but figures released by DVLA suggest that a total of 15,752 drivers received six penalty points for using a mobile phone between March and August 2017.

It is thought that there still remains much confusion over what is and isn’t permitted.  The regulations apply to the use of a hand-held mobile telephone or similar device when driving a motor vehicle.  For the purposes of the regulations, a mobile telephone or other device is to be treated as hand-held if it is, or must be, held at some point during the course of making or receiving a call or performing any other interactive communication function (e.g. texting).   An offence is committed when the vehicle is being driven and this includes when the vehicle is stationary or stopped at a red light. To use a hand-held mobile phone legally, the vehicle must be parked up in a safe location.

Hands free equipment is currently permitted provided that it can be operated without holding the device. Although it is legal to use hands free kits, many consider that this still causes a similar mental distraction to that of a hand-held mobile phone and the latest version of the Highway Code, actively discourages the use of hands free kit. Should an accident occur an individual can still be subject to enforcement action if they are dee