how we can help
Why join HCR? +
About Us Our Values Life outside the office Our Professional Networks
Early Careers +
Routes into a legal career Paralegals career Training Contracts Vacation Schemes
Our Current Vacancies
Around The World +
LEI Network China India Netherlands Nordics USA
Home > Blogs > Legal Insights: Contentious Probate and Trusts 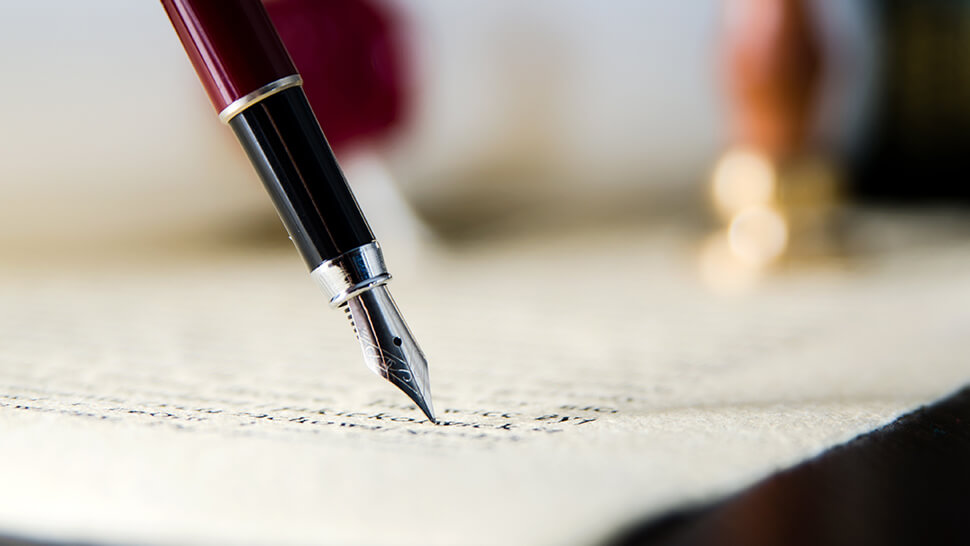 A Will should ensure that the assets of an Estate are distributed in accordance with the deceased’s wishes. However, there will be occasions when parties contest a Will because they believe that it does not truly reflect the wishes of the deceased and/or it is invalid.

In this article we discuss the grounds for contesting a Will and the legal processes involved in bringing or defending a claim.

A party wishing to contest a Will needs to act quickly to lodge their claim before the Estate has been distributed. The first step is to lodge a caveat at Court which prevents the Executors of an Estate from obtaining a grant of probate and/or seeking to distribute the assets until the dispute has been resolved.

A caveat is valid for 6 months after which it can either be renewed for a further 6 months (if the dispute is ongoing) or, if settlement terms have been agreed, removed to allow the Estate to be distributed. Caveats are a useful tool for those seeking to challenge a Will as there are only three ways in which they can be removed:

ii. By consent. However, this is only likely where settlement terms have been agreed; or

iii. A Court Order. Usually, if the caveat cannot be removed by consent, the person who entered the caveat will commence proceedings to contest the Will. Any judgment will then include an Order that the caveat be removed in order to allow the parties to comply with the judgment.

However, an Executor, or any person with an interest in the Estate, can also apply for an order to remove the caveat by asking the Court to pronounce the will in solemn form (i.e. an order that the Will is valid and the Executor can distribute the same).

In order to succeed with an application for a grant in solemn form, the applicant must evidence that the Will was duly executed pursuant to section 9 of the Wills Act 1837 (discussed below) and that there are no other reasonable grounds or suspicious circumstances to suggest that the Will is invalid. The burden will then shift to the defendant to disprove the Will. Unless the defendant can demonstrate that there are reasonable grounds to suspect the Will is invalid, or there is some other compelling reason why the issue should be heard at trial, the Court will make an Order that the Will is valid and the Estate may be distributed. All persons interested in the Estate will be bound by the order of the Court

2. Grounds for Challenging a Will

A Court will always presume that a Will is valid. As such, the onus is on the person challenging the Will to prove that it is invalid. There are a number of grounds on which a person can contest a Will:

• Lack of Testamentary Capacity
For a person to make a valid Will, they must be of sound mind. The legal test for establishing whether they were of sound mind is whether “the person making the will understands that they are making the Will; the effect of that Will, knows the nature and value of their Estate, understands the consequences of including and excluding certain people under their Will and is not suffering from any mental health issues which may influence their views”.

• Lack of Valid Execution
A Will is invalid if it fails to comply with the requirements set out in section 9 of the Wills Act 1837. That is that:

i) the Will is in writing;
ii) it is signed by the person making the Will or someone else in their presence and with their express authority to sign on their behalf; and
iii) the testator’s signature was made or acknowledged in the presence of at least two witnesses who were both present at the same time.

If a Will does not comply with section 9 of the Wills Act 1837 then it will be declared invalid. There are only extremely limited circumstances in which a Court will rectify a Will which is not executed in accordance with the Wills Act 1837, which is discussed further below.

• Fraud / Forgery
Even if the testator was of sound mind, and the Will was validly executed, there can still be suspicious circumstances surrounding the preparation of the Will and/or its terms. For example, where a substantial gift is left to the person who helped to prepare the Will. In these circumstances the Will can be challenged on the basis that the person making the Will did not have knowledge of or approve the contents of the Will and/or that the Will was forged.

Contesting a Will on the grounds of fraud / forgery is notoriously difficult. Often, due to the lack of documentary evidence, parties become embroiled in protracted and expensive proceedings, relying extensively on witness evidence and experts (i.e. handwriting experts where forgery is alleged).

• Undue Influence
A Will can be contested where a person has been unduly influenced, coerced or put under duress to include certain provisions in their Will. Undue influence is particularly difficult to establish and the Courts will only make a finding where there is no other reasonable theory to explain the terms of a Will.

A mistake may have been made in a Will meaning it does not properly reflect the wishes of the deceased, which could result in a beneficiary losing their true entitlement. However, section 20(1) of the Administration of Justice Act 1982 (the “Act”) states that if a Court is satisfied that a Will fails to express the true intentions of the deceased as a result of either:

(a) a clerical error; or
(b) a failure to understand his instructions

the Court may order that the Will shall be rectified so as to carry out the deceased’s true intentions.

There is no definition setting out what is covered by a “clerical error”. However, in a recent judgment the Supreme Court stated that a “clerical error extends to mistakes arising out of office work of a relatively routine nature, such as preparing, filing, sending and organising the execution of a document”.

An application to rectify a Will must be made within six months from the grant of probate and will only succeed if the error comes under the definition of the Act. It will not apply where there are allegations of fraud or undue influence.

Even if a Will cannot be rectified, then a beneficiary may still be able to recover any losses they have incurred by pursuing a professional negligence claim against the person who prepared the Will (which is usually a solicitor, trade union or some other professional). It is not necessary for there to be a contractual relationship between the beneficiaries and the person preparing the Will. A duty of care can exist where there had been an assumption of responsibility by the person offering their professional services to prepare the Will, and it was foreseeable that a person would suffer an economic losses if it breached those duties.

If a Will is pronounced invalid any prior valid Will made by the deceased will be referred to in its place. However, where no previous Will exists, the intestacy rules will apply to the Estate, which means that a beneficiary may not be entitled to any inheritance at all. As such, it is prudent to establish whether you would benefit from any previous Will or intestacy before incurring the costs of litigation.