how we can help
Why join HCR? +
About Us Our Values Life outside the office Our Professional Networks
Early Careers +
Routes into a legal career Paralegals career Training Contracts Vacation Schemes
Our Current Vacancies
Around The World +
LEI Network China India Netherlands Nordics USA
Home > Blogs > “No-Deal Brexit” and disputes involving EU countries 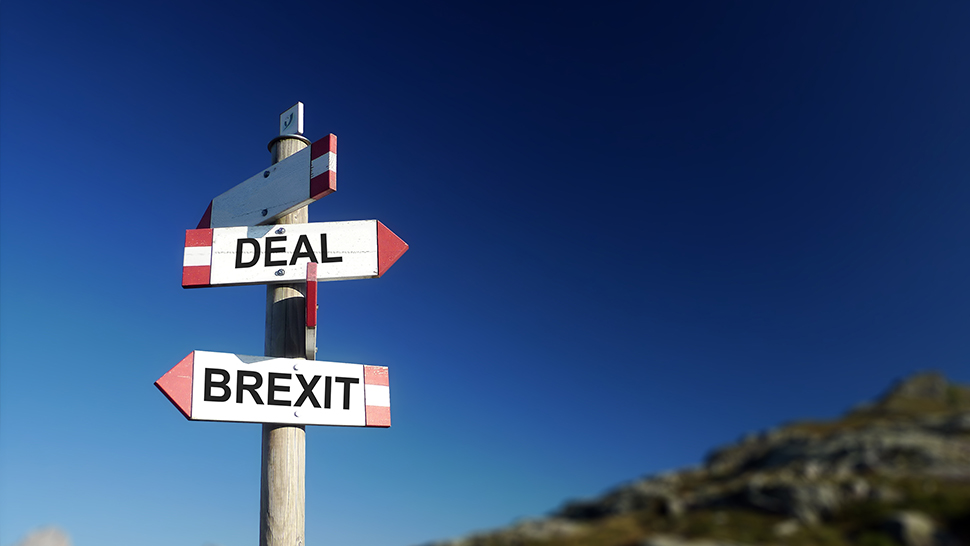 At 11pm on 29 March 2019, the United Kingdom will cease to be a member of the European Union by operation of law as a result of the expiry of the two year period following the service of the “Article 50” notice by Prime Minister Theresa May.

The UK Government and the EU are currently negotiating the terms of a withdrawal agreement, which are intended to set out how (parts of) the relationship between the UK and the EU are controlled following “Exit Day”. If a deal is not reached and ratified before then, a significant number of existing rules will cease to apply and nothing will replace them.

On 13 September 2018, the Government published a further series of technical notices relating to a “no-deal Brexit” scenario, including a notice on disputes involving EU countries. It does not make happy reading for parties involved in, or likely to be involved in, commercial disputes with EU member states.

At present, the UK is subject to EU rules which determine which country’s Courts are entitled to hear a commercial dispute, which country’s laws apply to that dispute, how a judgment obtained in one member state can be recognised and enforced in another as well as certain other procedural matters. A number of these rules rely on reciprocity – so a French Court will recognise an English judgment because English Court will recognise a French one.

On Exit Day, these rules will cease to apply to the UK and the Members States as regards each other. From the UK perspective, the gap may be filled by reverting to the common law rules which are applied to non-EU countries. These rules can be hard to follow.
It appears (but is not guaranteed yet) that the UK intends to continue to apply the rules which determine which country’s laws apply, but it is not clear whether EU member states will follow suit.

The question of whether a country has jurisdiction to hear a dispute will fall to each country’s own rules. This could mean that there could be disputes as to whether the case can be heard in the UK and the risk of parallel proceedings in the UK and an EU member state. At best, it may still be necessary to obtain legal advice from EU and UK lawyers on this point before making a decision as to where to issue a claim, or to challenge jurisdiction. The UK government says that it intends to sign up to the Hague Convention regarding the of “choice of court” (to which all EU member states are subject), which should provide some certainty where the parties have expressly agreed which Court will hear their dispute. However, this is its intention only and there is likely to be a window of at least three months between Exit Day and the UK being bound by the Hague Convention.

There is also no certainty that a UK judgment will be recognised and enforced in an EU member state and vice versa. The mutual recognition of judgments within the EU has provided a level of certain for parties to cross-border disputes which addresses concerns about recovering money from an opponent in another EU country, and has facilitated cross-border trade. The loss of this recognition could on the worst case mean that judgments cannot be enforced at all without effectively commencing a fresh claim, adding a significant layer of time and costs. Again, it may be necessary to obtain advice from EU lawyers on this point before issuing proceedings, and the uncertainty may lead to a decision that proceedings may not be commercially justifiable.

Perhaps the most worrying thing for parties currently involved in disputes is that the changes will affect ongoing litigation. A party may be involved in ongoing proceedings, commenced on the understanding that the judgment it would obtain would be recognised in the home country of the defendant. Following Exit Day, the judgment may not be worth the paper it is printed on.

At this stage, it is still perfectly possible that a deal will be reached which will entail a transition period in which the status quo is maintained, although the current political climate makes this look increasing less rather than more likely.

It is therefore sensible to carry out a review of any existing, pending or potential litigation involving any parties based in the EU.

For ongoing or imminent cases, the question of enforcement of any judgment which may be obtained will be an immediate concern. It may be prudent to obtain preliminary advice from foreign lawyers as to recognition and enforceability of a judgment outside the EU framework.

The conclusions of this advice will have a direct effect on the commercial decision making process in the litigation. Is it better to make a concession now to reach a settlement than risk management time and costs in pursuing a judgment which may not be enforceable outside the UK?

Likewise, whilst there are always good commercial reasons to seek to settle disputes outside of the Court where possible, the present uncertainty may justify extra effort and if necessary concession to ensure that a potential dispute is resolved well before Court is considered.
In terms of new contracts with parties based in the EU, careful thought needs to be given to questions of governing law and jurisdiction. It may still be considered preferable to seek to agree that the contract will be governed by the law of and under the jurisdiction of the Courts of England and Wales. However, mindful that in the short to medium term, cross-border proceedings may not be appealing, it may be sensible to seek to negotiate more protections into the other terms of the contract. This may include deferred payment or set off clauses, or stronger termination rights so as to reduce the possibility of any dispute arising.

In some cases, particularly those which are technical in nature or high value, it may be prudent to consider bypassing the Court system altogether and specifying that any disputes are dealt with by an internationally recognised arbitration body. For example, the UK is a party to the New York Convention on the Recognition and Enforcement of Foreign Arbitral Awards 1958 (the “New York Convention”), as are a number of EU member states in their own right. The New York Convention provides for the recognition and enforcement of arbitral awards by the Courts of the signatory states. Therefore irrespective of the position as regards recognition of a UK judgment, a party which obtains an arbitral award enforceable under the New York Convention will be reassured that it will be enforceable as against the other party in its home state.

Arbitration can be complex and just as costly as Court proceedings, if not more so. It should not be specified without due consideration. However, given the current uncertainties, it may be a good choice for businesses entering into contractual relationships with EU member states during the current period of uncertainty.