how we can help
Why join HCR? +
About Us Our Values Life outside the office Our Professional Networks
Early Careers +
Routes into a legal career Paralegals career Training Contracts Vacation Schemes
Our Current Vacancies
Around The World +
LEI Network China India Netherlands Nordics USA
Home > Blogs > Rebecca Kirk – why Hereford? 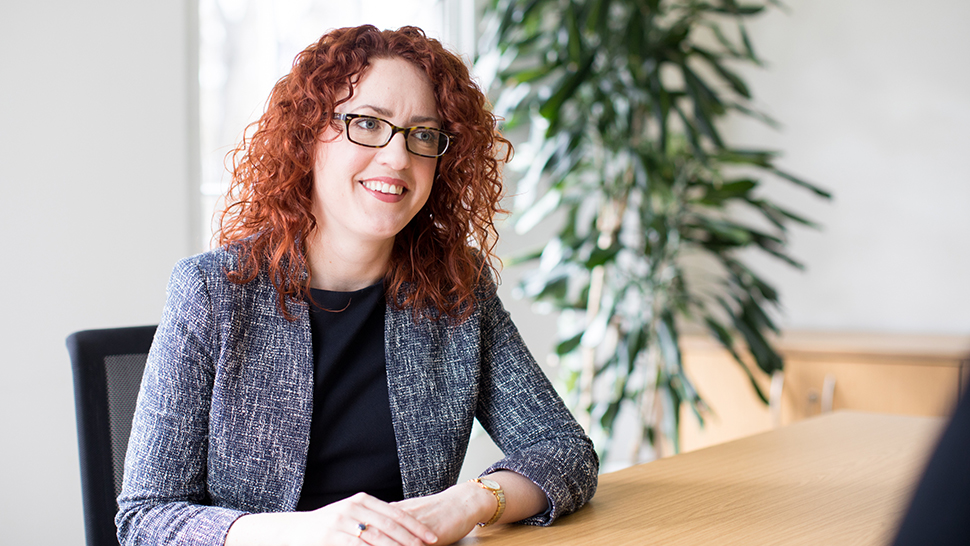 Where did you grow up and go to school?

Unlike many of the people who work in our Hereford office, and as I am sure most people can tell within seconds of speaking to me, I am not from Herefordshire. You can take the girl out of the North, as they say…

I grew up in Bolton and went to school there too.

What did you want to do when you left school? Be honest!

I really did want to be a lawyer, albeit one practising in criminal law. In fact, until my early teens, I wanted to be either a lawyer or a doctor and, if I’m honest, I didn’t really mind which as both sounded fascinating to me.

As I approached my GCSEs, however, I had a crisis of confidence and thought that I probably wasn’t clever enough to be a doctor – not helped, in hindsight, by a very critical chemistry teacher – and so I decided that I would be a lawyer instead. It was entirely incorrect and a bit insulting to lawyers, I now realise, to have considered law an easy option, but that is what I thought at the time.

When and why did you start training for law?

I was first exposed to the law as an academic subject at college. I didn’t do traditional A-levels and instead studied for a diploma in Public Services and the Law at Blackburn College. By that time, I knew with certainty that I wanted to be a lawyer but, like lots of young people, the prospect of more academic study having just left school didn’t really appeal to me.

I was also considering joining the Army Legal Service, as opposed to being a lawyer on ‘civvy street’ and so I chose the public services diploma as it seemed like a good balance of academic and practical work. It also meant I would spend some time attached to the military (and, incidentally, the police) to gain some practical experience.

However, I loved the law modules of my course and so that, combined with another crisis of confidence, resulted in me taking a part-time evening A-level course in law. After that I was hooked and I went on to do a law degree in Liverpool. So, as it turns out, traditional academic study was for me, after all.

Why did you choose employment law and what do you love about it?

Having funded my law degree by way of a government grant, a student loan and earnings from the Officer Training Corps, which I had joined at university, I couldn’t afford to pay for my legal practice course full time as well. I took a job as a paralegal working in a local authority, assisting with regulatory and administrative criminal cases;  such as licensing offences, antisocial behaviour orders and housing benefit fraud cases, all while continuing to study part-time.

One day, the paralegal in the employment team was off work so I was asked to assist with a tribunal case. I immediately loved the combination of litigation, non-contentious advice and the human element of the work and that was it! I went on to secure a training contract with the council and qualified as one of their in-house employment lawyers. I have practiced employment law ever since.

How did you end up in Hereford and at HCR?

My husband is in the military and during my studies and my qualification as a lawyer, he travelled around the world and was posted to various places for long periods of time, meaning we often spent months apart or only saw each other at weekends, even when he was in the UK.

I stayed in Bolton because, having worked so hard to qualify as a solicitor and having secured a job I loved, I was worried that being a military wife and following my husband to support him in his career might hold my own career back.

I sent my CV to several firms and recruitment agencies, telling them that I was moving to Herefordshire and why, and HCR got in touch and asked to meet me. I immediately loved the firm and the people and, thankfully, they liked me too. The rest, as they say, is history.

How do you feel about HCR’s tenth year and your part in HCR’s journey?

I am incredibly proud of HCR and its journey over the last 10 years.

When the office opened in March 2012, we had only five staff and worked out of two rooms in an upstairs office. We were very much seen as the ‘new guys’ and, dare I say it, approached by some with caution as a result of that.

Fast forward 10 years and we now have an amazing office opposite the cathedral. We have over 50 staff, with expertise across all legal disciplines – which isn’t always expected from a firm outside the big cities.

As for my own part in HCR Hereford’s journey, I started at HCR as a relatively newly qualified lawyer. Even though the office had already grown by that point, there were still only about 10 or 12 of us and the office still felt quite new.

I definitely felt very ‘new’. However, the energy and approachability of the firm and, most importantly, the people within it really impressed me. I was struck by how committed they are, not only to providing great professional services but also to contributing to the community in Herefordshire. I continue to be impressed by that every day.

When I took over as head of the Hereford office in April 2021, I told the team here that when I left the North West in order to join HCR in 2014, the majority of my family, friends and colleagues thought that I was mad. Mad not just to leave my life as an in-house lawyer to join the big, bad world of private practice but also to be moving to a county miles away from home which is famous for its agricultural and military links.

A thriving food and drink industry, tourism, NMITE – a university started from scratch – world leading cyber and technology businesses and not to mention a great community. In the same way, I think HCR’s Hereford office has become so much more than just another law firm.

In fact, I think that is why HCR’s journey so far, and, to a certain extent, my own career journey, has been so successful here – because we are part of an amazing community.

I am really looking forward to sharing more about the Hereford office’s journey over the last 10 years with you all in the coming months as part of our 10 years in Hereford campaign. From community projects, to business and infrastructure development, to developing local talent – HCR’s Hereford office, like Herefordshire itself, has changed a lot! 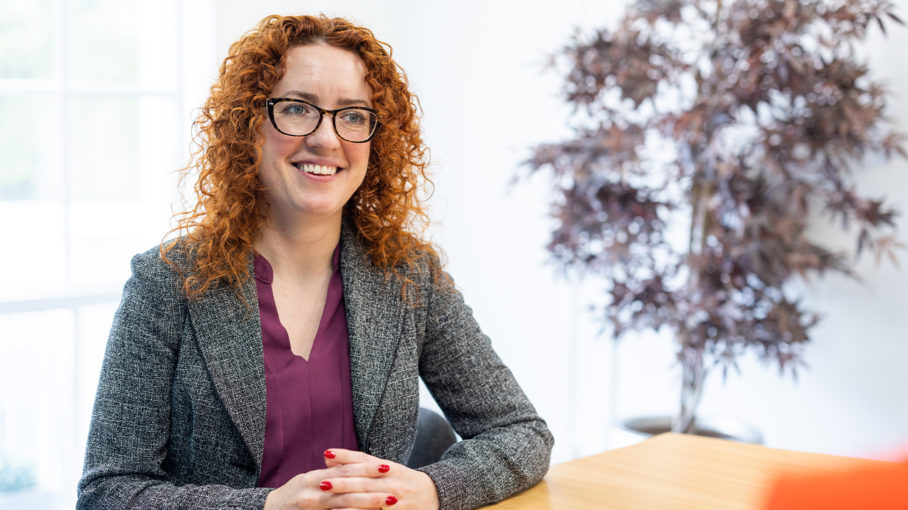