how we can help
Why join HCR? +
About Us Our Values Life outside the office Our Professional Networks
Paralegals and Trainees +
Routes into a legal career Career Paralegals Training Contracts Vacation Schemes
Our Current Vacancies
Around The World +
China India Netherlands Nordics USA Elsewhere
Home > Blogs > A Smart Grid and the flexible systems required to enhance our energy system 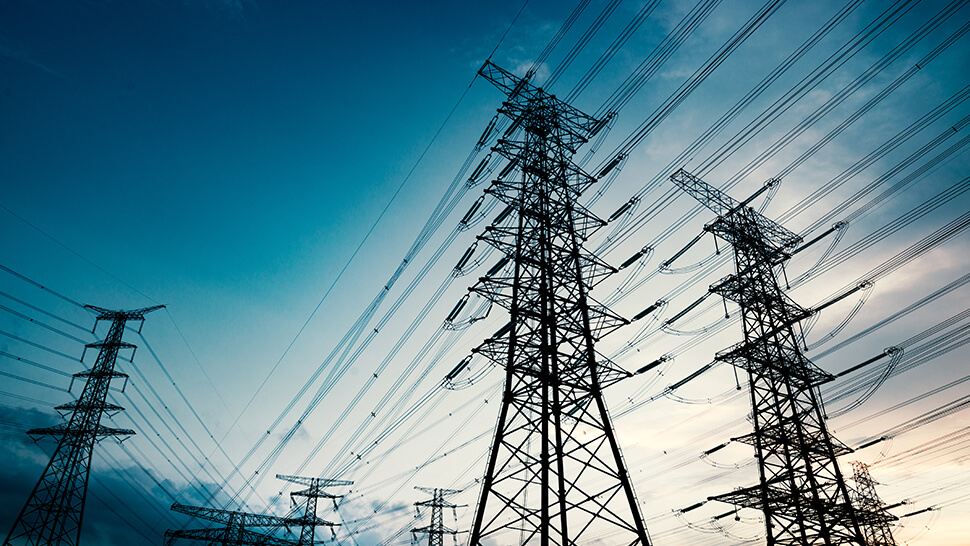 Renewable energy expert Harriet Murray-Jones, based in the Wye Valley office, took the chance this month to speak to delegates to the Energy Now Expo at Telford International Centre about the way ahead for power supply and demand in the UK. Harriet looked at what we need to create and sustain a ‘smart grid’ to ensure that the country’s power needs are met for the future.

What is a smart grid?

There are many and various definitions of what is a smart grid. I have used the one below.

A “smart grid” is an electrical grid which includes a variety of operational and energy measures including smart meters, smart appliances, renewable energy resources, and energy efficiency resources.

A smart grid implies a fundamental re-think or re-structure of the electricity services industry, although typical usage of the term is focused on the technical infrastructure which is the crux of a smart grid.

Britain’s grid is very large, mature and highly interconnected, with central power stations delivering power to major centres via high capacity power lines which then branch to provide power to smaller industrial and domestic users over the entire supply area. The grid is a result of the strong economies of scale: large coal-, gas- and oil-fired power stations.

Power stations were located strategically to be close to fossil fuel reserves (either the mines or wells themselves, or else close to rail, road or port supply lines). Siting of hydro-electric dams in mountain areas also strongly influenced the structure of the emerging grid. Nuclear power plants were sited for availability of cooling water.

What we need now must take account of intermittent and dispersed generation and this has led to calls for a smart grid.

A common element to most definitions is the application of digital processing and communications to the power grid, making data flow and information management central to the smart grid. Various capabilities result from the deeply integrated use of digital technology with power grids. Integration of the new grid information is one of the key issues in the design of smart grids. Electric utilities now find themselves making three classes of transformations: improvement of infrastructure; addition of the digital layer, which is the essence of the smart grid; and business process transformation, necessary to capitalize on the investments in smart technology.

The smart grid represents the full suite of current and proposed responses to the challenges of electricity supply.

The smart grid makes use of technologies, such as state estimation, that improve fault detection and allow self-healing of the network without the intervention of technicians. This will ensure more reliable supply of electricity, and reduced vulnerability to natural disasters or attack.

Classic grids were designed for one-way flow of electricity, but if a local sub-network generates more power than it is consuming, the reverse flow can raise safety and reliability issues. A smart grid aims to manage these situations. Next-generation transmission and distribution infrastructure will be better able to handle possible bidirection energy flows, allowing for distributed generation such as from photovoltaic panels on building roofs, but also the use of fuel cells, charging to/from the batteries of electric cars, wind turbines, pumped hydroelectric power, and other sources.

Numerous contributions to overall improvement of the efficiency of energy infrastructure are anticipated from the deployment of smart grid technology, in particular including demand-side management, for example turning off air conditioners during short-term spikes in the electricity price.

The total load connected to the power grid can vary significantly over time. Although the total load is the sum of many individual choices of clients, the overall load is not a stable, slow varying, increment of the load if a popular television program starts and millions of televisions will draw current instantly. Traditionally, to respond to a rapid increase in power consumption, faster than the start-up time of a large generator, some spare generators are put on a dissipative standby model.

To reduce demand during the high cost peak usage periods, communications and metering technologies inform smart devices in the home and business when energy demand is high and track how much electricity is used and when it is used.

It also gives utility companies the ability to reduce consumption by communicating to devices directly in order to prevent system overloads.

Examples would be a utility reducing the usage of a group of electric vehicle charging stations or shifting temperature set points of air conditioners in a city. To motivate them to cut back use and perform what is called peak curtailment or peak leveling, prices of electricity are increased during high demand periods, and decreased during low demand periods.

It is thought that consumers and businesses will tend to consume less during high demand periods if it is possible for consumers and consumer devices to be aware of the high price premium for using electricity at peak periods. This could mean making trade-offs such as cycling on/off air conditioners or running dishwashers at 9pm instead of 5pm. When businesses and consumers see a direct economic benefit of using energy at off-peak times, the theory is that they will include energy cost of operation into their consumer device and building construction decisions and hence become more energy efficient.

The improved flexibility of the smart grid permits greater penetration of highly variable renewable energy sources such as solar power and wind power, even without the addition of energy storage. Current network infrastructure is not built to allow for many distributed feed-in points, and typically even if some feed-in is allowed at the local (distribution) level, the transmission-level infrastructure cannot accommodate it. Smart grid technology is a necessary condition for very large amounts of renewable electricity on the grid for this reason

BEIS/Ofgem have launched a Call for Evidence for the development of a Smart, Flexible Energy System. This closed on 12th January and we can expect the results of the consultation. Essentially this invited views on how to develop our energy system so that it is smart and flexible, and captures the benefits for consumers and businesses

Three innovations will help us deliver this – interconnection, storage, and demand flexibility.

Around two-thirds of our existing power stations are expected to close down by 2030 as our coal, nuclear, and oldest gas fired power stations reach the end of their lives.

Our system must be modernised and decarbonised. To meet the UK’s legally binding climate change goal – to cut CO2 emissions by 80 per cent by 2050 – power stations must be largely decarbonised

Electricity has historically been difficult and expensive to store. However, over the last decade there has been a great deal of innovation in electricity storage technologies driven mostly by consumer electronics like mobile phones and investment in electric vehicles.

This rapidly evolving environment has driven innovation and reduced costs. For example, the cost of lithium ion batteries has decreased from more than $3,000/kWh in 1990 to less than $200/kWh today.

These technologies are now on the verge of being able to compete with power stations for some of the services they provide. Crucially, storage technology will not need subsidies to be attractive to investors – businesses are already queuing up to invest.

Regulation, on the other hand, does require attention. When our electricity markets were designed these technologies did not exist. The market operated in a way that unintentionally disadvantages storage providers; preventing participation across the various electricity markets.

For example, storage assets face ‘double charging’ for the various government levies that are added to electricity costs. These taxes are placed on the electricity used to charge up the store and again when the electricity is exported. Not only can storage can help reduce the impact of peak demand and provide demand for power stations at other times of day, it also has the potential to ease constraints on our grids. Like a river with an off flow to a reservoir, storage can allow the network to siphon off electricity rather than being forced to curtail generation Regulatory and policy change will ensure investor confidence and enable sector growth.

In my view, this is crucial, but a huge investment in education is required. Demand flexibility covers a broad range of activities that can be undertaken to reduce or shift demand for electricity during peak periods, including adjusting the consumption of electrical appliances or other facilities or deploying offgrid sources of power. Demand flexibility can allow families and businesses to change how they use electricity. Deploying automated systems to reduce consumption at times of high demand and increase it at times of low demand, will allow consumers to save money and cut emissions without inconvenience.

In addition, demand flexibility can support the integration of low carbon generation such as wind, solar or nuclear. Flexibility in how we consume energy lowers the need for flexibility in supply. Demand flexibility is commonplace in other countries such as Australia and the US, where it enables them to meet up to 15 per cent of the peak demand for electricity. With the roll out of smart meters in every home in the 2020s, the domestic market for demand flexibility could be significant. Without tackling regulatory and cultural barriers, however, it is unlikely that the potential benefits will be achieved. 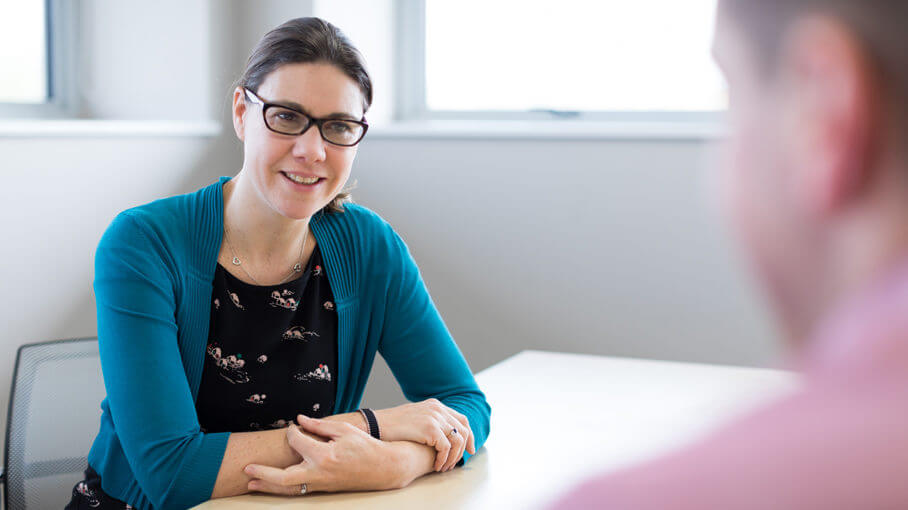 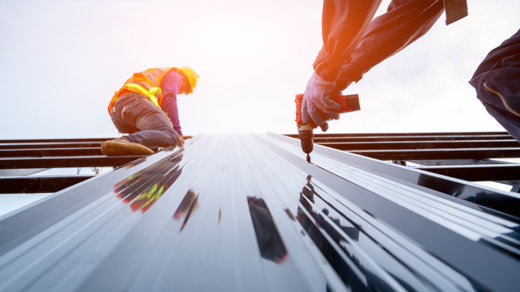 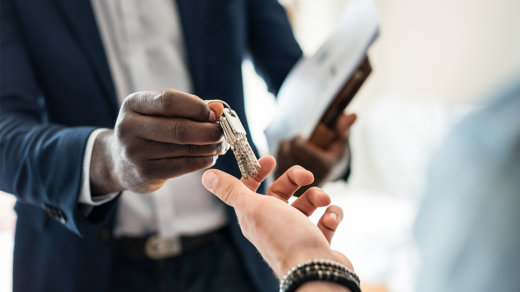 Off camera: the invisible bias of remote working 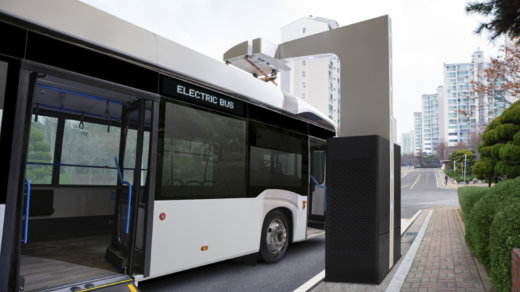 2020: the biggest planning shake-up in decades