how we can help
Why join HCR? +
About Us Our Values Life outside the office Our Professional Networks
Early Careers +
Routes into a legal career Paralegals career Training Contracts Vacation Schemes
Our Current Vacancies
Around The World +
LEI Network China India Netherlands Nordics USA
Home > Blogs > The Building Safety Act 2022 – the drive for quality construction

The Building Safety Act 2022 – the drive for quality construction 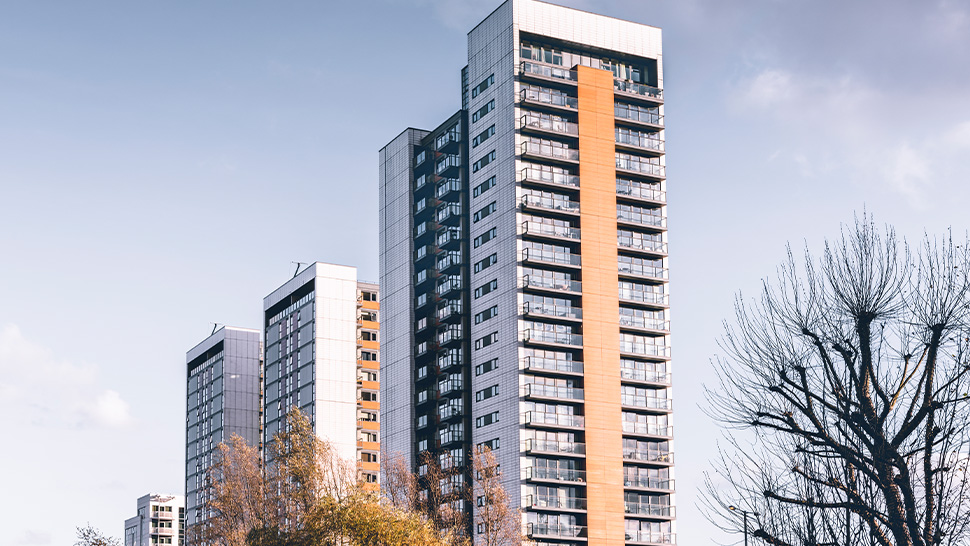 The Building Safety Act 2022 became law at the end of April. The Act is one of the most significant pieces of construction legislation in many years. We have been trailing the progress of the bill before it became an Act as the statute it worked its way through parliament and have covered it in previous articles and in our last webinar. Now we examine it in its final form.

The impetus for the Act was the Grenfell Tower tragedy in 2017 in which 72 residents lost their lives. Fire engulfed the 24-storey block of flats in West London, unhindered by the external cladding system.

Along with revelations about the causes of the tragedy at Grenfell Tower came the discovery that the external cladding at another 473 tall residential buildings was also unlikely to be building regulations-compliant.

As a consequence, there is an emphasis in the new legislation on the safety requirements for the design, construction and ongoing management of ‘higher risk’ residential buildings. These buildings are 18 metres or taller, or at least seven storeys which contain at least two residential units. However, the Act is about much more than that.

The conclusion of the Grenfell Tower inquiries was that the UK’s entire system for the management of building safety is not fit for purpose. The investigations revealed that, in addition to cladding and fire safety issues, a myriad of other safety defects was present in many types of buildings. The Act therefore aims to address a range of quality concerns relating to all forms of construction.

As well as regulatory reforms, a change in construction industry culture is seen as needed to ensure consistently acceptable levels of construction quality. To support that goal, the Act establishes a new Building Safety Regulator which is part of the Health and Safety Executive (HSE). The regulator’s role includes to oversee the safety and performance of all buildings.

Under the Act there is to be:

In addition, the architectural profession is required to implement continuous professional development programmes and sanction those who fail to achieve minimum standards of competence.

The Act widens the application of the Defective Premises Act (DPA). Under the DPA, homeowners can pursue legal claims for compensation if their home is not ‘fit for habitation’. Potential defendants include the designers and builders of houses.

Beyond the domestic environment, compensation claims will also be permitted under section 38 of the Building Act 1984 where an individual has suffered harm because building work has not met building regulation standards. Section 38 applies where there has been a breach of regulations in respect of any kind of building.

At its heart the new Building Safety Act aims to transform safety, quality, and competency across the construction sector.

Peter Baker, the new chief inspector of buildings at the HSE, recently commented on the new Act flagging that it anticipates a lot of secondary legislation to make its provisions effective. Therefore, what is included here is very much just the start of a journey to address building safety.

Mr Baker said that the new Building Safety Regulator body is likely to follow the example of the HSE; with a range of engagement with industry, going to site workplaces, using enforcement notices and prosecuting those who breach the law.

He also said that the regulator’s primary aim will be to shift the industry culture. This is to ensure contactors focus on the risks of the buildings they are developing, with a requirement for a clear understanding of what the worst-case scenarios are in terms of fire safety and structural integrity.

Mr Baker sees that the principle behind the new regime will be to start at planning stage, then work its way through to the design, construction and on to occupation.

He also warns contractors that they will soon see a very different approach by building control. There will be new standards and operational performance expectations with a significant shift in the oversight and the professionalism in the building control regime.

All parts of the construction and development sector should anticipate a more stringent approach to the consideration of the safety of building users –  the risk of combustibility in particular. It will significantly increase the liability risk for all involved in the design and construction of buildings and have an inevitable impact on the prices and insurance of buildings.

While there is much in the new Act to be welcomed, coming at a time when there is great turbulence in the market for the supplies of building materials and labour, all forms of building projects need to be planned and co-ordinated with even greater care than before.