how we can help
Why join HCR? +
About Us Our Values Life outside the office Our Professional Networks
Early Careers +
Routes into a legal career Paralegals career Training Contracts Vacation Schemes
Our Current Vacancies
Around The World +
LEI Network China India Netherlands Nordics USA
Home > Blogs > What can China do for you?

What can China do for you? Why you should consider trading with China now

With a deadly virus roaming the globe and everyone stuck at home, you’d be forgiven for putting new business plans on hold while you stock-take, consolidate or just worry. But most clients are not doing that – successful companies are being as innovative as ever, not just in terms of the day-to-day (video-conferencing, accessing government funds etc) but also in their strategizing.

You might not immediately consider China as an obvious market right now, but it is the first major nation to have come through the virus and the Chinese are mostly back at work. Trade closer to home has been badly hit by Covid-19; why not explore ways of engaging with the largest active economy in the world? Here are five good reasons for considering it:

1. There is still a significant product differential.

Whatever you sell, the odds that there is something similar in the market already decrease the further you get from the UK’s sphere of influence. Just as there are many Chinese products and services that are not yet widely available in the UK, there are also many British products that do not have a close equivalent in China.

2. Trading with China is not as hard as you think.

There are countless anecdotes of people suffering stolen intellectual property or breached contracts with no possibility of enforcing, so you could be forgiven for thinking that China is simply too difficult or risky to deal with. These takes are often (but not always) told by people who were badly advised; as in any new market, there is no substitute for hard work and preparation.

This should be obvious, but China is the largest country in the world by population and also has the largest middle-class market. An enormous part of the country is as rich as the UK, and a few pockets are richer. The country is so vast that it is easier to think of it province by province: for example, the economy of Hubei province is equivalent in size to that of the entire nation of Pakistan; that of Fujian province is equivalent to Malaysia; Beijing to South Africa; Shanghai to Argentina, Guangdong to France, and so on.

4. Affinity with the UK

Most Chinese currently think well of the UK. Whereas there is a love-hate relationship with America, the UK is seen as less antagonistic, and is respected for many aspects of its culture, including education, healthcare and cultural products such as sport and media. Advanced technology and food tech are also highly prized. The British have a reputation for being trustworthy and transparent, if perhaps a little ponderous. Brexit has made many Chinese think that they are now on a level playing field with EU countries rather than at a disadvantage, so now is a good time to take advantage of the generally positive view China has of us.

The most obvious reason to be trading with China is that you can. While much of the world is in lockdown, China is not and is riding a wave of national confidence (arguably misplaced) in their handling of the virus. Consumers are out in shops again and hungry for products; factories are operating again and looking for buyers (and suppliers). Perhaps as importantly, Chinese investors are out on the hunt, looking for assets overseas.

There are challenges, of course, but building a business is challenging – if it wasn’t everyone would do it. Corruption, lack of rule of law, monopolistic behaviour, IP theft, language barriers – all these are cited as reasons not to do business with Chinese companies. Some extra effort to understand Chinese business culture might be needed, but with that extra effort, you can expect greater rewards.

It turned out that their contacts had been cheated by a company that happened to be Chinese-based, but they had not done due diligence on their counterparty, they had not ensured their dispute resolution clause was enforceable, they did not even have a contract in languages that both sides understood. You wouldn’t behave like that with a company in your own country, so why do that with a Chinese company?

I know the answer: because it’s hard. Faced with the challenges of a difficult language and faraway business culture where they have no first-hand knowledge, many British or American businessman either shy away from China completely, or worse, place too much credence in a deal-maker who tells them that doing business in China is all about relationships and that legal work is unnecessary. This is entirely inaccurate – doing business in China is absolutely not just about who you know.

I hope more UK businesses make the effort to engage with the Chinese market. That might help to win back our economy during these difficult times.

Should you source ventilators and protective gear from China? Covid-19: How to protect your business

Duties and Corporate Social Responsibility in relation to Covid-19 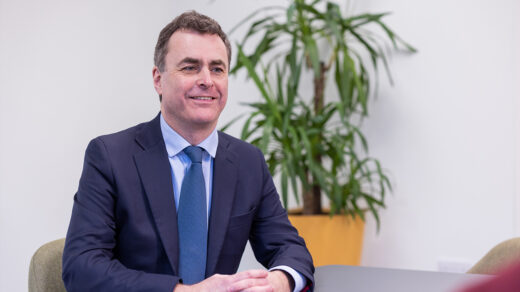