how we can help
Why join HCR? +
About Us Our Values Life outside the office Our Professional Networks
Early Careers +
Routes into a legal career Paralegals career Training Contracts Vacation Schemes
Our Current Vacancies
Around The World +
LEI Network China India Netherlands Nordics USA
Home > Blogs > What does the new Free Trade Agreement with Australia mean for British businesses?

What does the new Free Trade Agreement with Australia mean for British businesses? 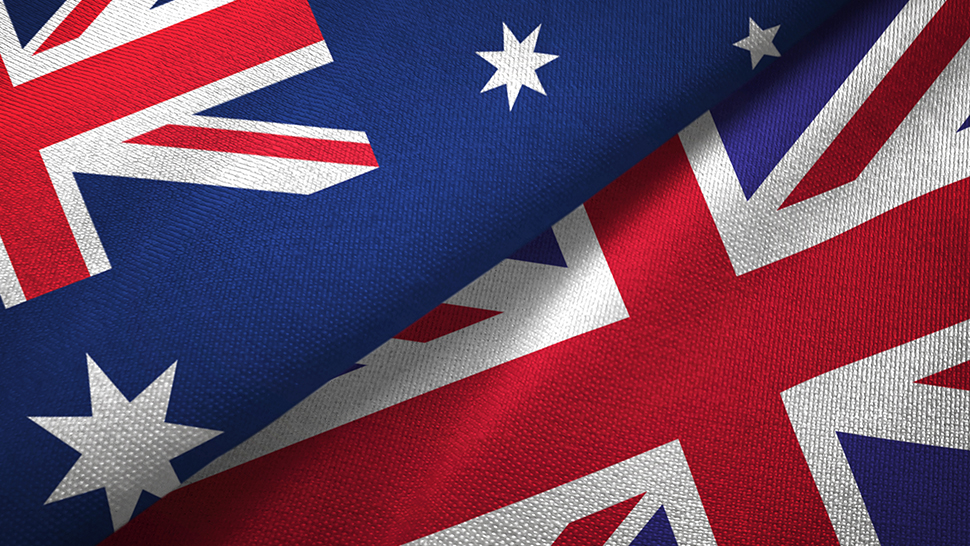 Scott Morrison and Boris Johnson agreed the core elements of a free trade deal on 15 June. Behind the “grip and grin” of international politics, what does this mean for business? Despite – or maybe because of – the rivalry between the two countries, Australia and Britain have far more in common than they might admit. Certainly, they are culturally much closer than the UK and the EU, or Australia and China. Do they even need the artificial stimulus that a Free Trade Agreement (FTA) might bring?

The answer is “yes”. There are currently plenty of trade barriers between the two nations, as well as certain visa restrictions. Australia will never go back to the pre-1973 political proximity, but the gap can be narrowed a little, and that appears to benefit business on both sides. Overall, the goal of the FTA will be to reduce barriers to the trade in goods and services and the movement of people between the two countries.

British car, whisky, ceramics and confectionery makers will benefit from the eradication of tariffs on their products, and Britain’s under-35s will be able to live and work in Australia visa-free. Australian wine, rice, swimwear, confectionery and certain primary produce will all become tariff-free in the UK. Australian businesses will be looking forward to such developments, given that the UK was Australia’s fifth-largest trading partner for goods in 2020 and the FTA is expected to result in 99% of Australian goods becoming duty free when sold into the UK.

Perhaps more significantly, cooperation on security, climate change and science will mean opportunities for people in the defence and green tech industries, as well as R&D generally in both countries.

For Britain, this deal is particularly significant because it is the first one negotiated from scratch since Brexit. The fact that it had to work, politically, played into Canberra’s hands somewhat. But, even so, the UK has not come out with a bad bargain.

The tariffs on Australian beef, sheep, sugar and dairy goods will be eliminated over 5-10 years. British farmers have been grumbling, understandably, because UK farming techniques do not benefit from the same economies of scale as in Australia and they fear they cannot compete with Australian farm products. But they will be protected by a cap on tariff-free imports for 15 years. Australians will be unlikely to sympathise since they had to recalibrate their own agricultural sector in the 70s and 80s after the UK dumped them for the EU. UK farmers should, and will, increase their efforts to export to the rest of the world, including Australia.

Of course, any agreement on eliminating goods from a particular country leads to debates about what constitutes originating goods. If a spade has its handle made in Bulgaria and the blade made in Britain, is it a British product? Australian businesses are generally familiar with this legal wrangle, and UK businesses have been learning the rules of origin very fast since Brexit. There will be teething troubles, but the UK’s Department of International Trade and Australia’s Department of Foreign Affairs and Trade offer free guidance, and lawyers or accountants can assist if the problem gets difficult.

After the UK’s deal with Japan, a more focussed version of the EU’s own deal with Japan, this new FTA with Australia is expected to help in Britain’s bid to join CPTPP, one of the largest free trade areas in the world, and moreover, one without the political or legal baggage that got some people so upset with the EU.

The deal also has some more nebulous, but potentially dramatic, commitments on market access for services professionals and digital provisions. The UK was Australia’s third-largest services trading partner in 2020. If these changes come about, there could be some substantial opportunities for the banking, finance and telecommunications sectors, although it remains to be seen how these will work.

The next step in the development of the FTA is to finalise its text around the remaining ‘non-core’ elements of the deal. Once agreed, each country will then implement it through domestic legislation. Both countries are working to finalise negotiations as quickly as possible.

Harrison Clark Rickerbys has teamed up with leading Australian national law firm, Holding Redlich, to provide this update and monitor the development of the FTA. If you have any questions on how to capitalise on opportunities arising under the FTA, Nicolas Groffman of Harrison Clark Rickerbys and Nathan Cecil of Holding Redlich can provide you with aligned answers from the UK and Australia.