how we can help
Why join HCR? +
About Us Our Values Life outside the office Our Professional Networks
Early Careers +
Routes into a legal career Paralegals career Training Contracts Vacation Schemes
Our Current Vacancies
Around The World +
LEI Network China India Netherlands Nordics USA
Home > News > New senior partner for Harrison Clark Rickerbys 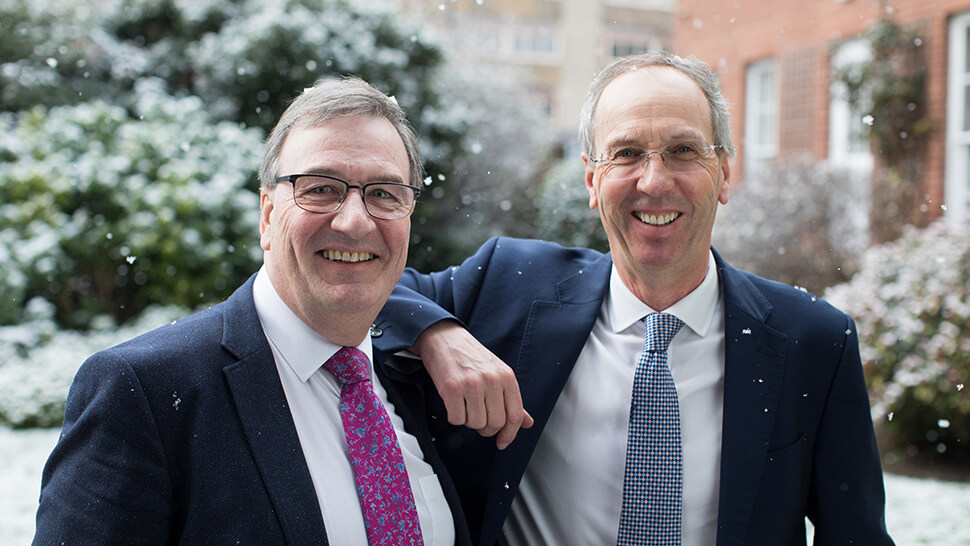 After 35 years, family law legend Jonathan Brew is planning to step up, rather than wind down, his role in the community as he hands over the reins of senior partner in April.

Speaking about his change in role, Jonathan said: “I am really looking forward to having more time to do one of the things I love most, which is getting out and about in Worcestershire among the communities and businesses who make up the fabric of the society we live and work in.”

Jonathan joined the firm in 1983, as a partner who, although originally tasked with taking over its criminal law practice, soon realised that there was a need for an excellent family law team in Worcester. Whilst building just such a team across the Three Counties he has also developed longstanding relationships with people and communities across the region.

Likewise, Richard Knight, is bringing his own vision to the role of senior partner and firm’s role in its localities.  He said: “As senior partner I want to engage with each of our seven offices, meet the teams and hear more about the work that colleagues do in and with their communities.

“I know that some office teams are already very active with local projects, but I want to ensure that all my HCR colleagues have the opportunity to make a real difference to the causes they care about in the places that they live and work in.”

Richard is a corporate law partner who joined Cheltenham law firm Rickerbys 29 years ago and became part of the wider firm when Rickerbys merged with Harrison Clark in 2013.