how we can help
Why join HCR? +
About Us Our Values Life outside the office Our Professional Networks
Early Careers +
Routes into a legal career Paralegals career Training Contracts Vacation Schemes
Our Current Vacancies
Around The World +
LEI Network China India Netherlands Nordics USA
Home > Blogs > Brussels Regulation Recast: changes to EU rules on jurisdiction and the enforcement of judgments

Brussels Regulation Recast: changes to EU rules on jurisdiction and the enforcement of judgments 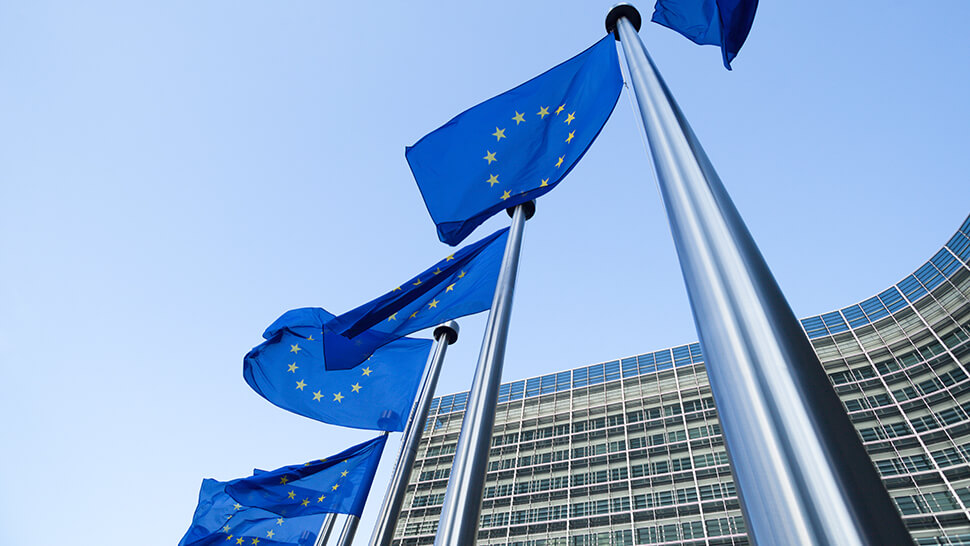 The rules used by Member State Courts dealing with the allocation of jurisdiction and the reciprocal enforcement of judgments have been updated for cases commenced after 10 January 2015.  This article sets out the key changes.

1. Non-EU domiciled Defendants can now be sued in a Member State if:

a. that Defendant is an employer whose employee habitually works in a Member state; or

b. that Defendant is a trader which directs their commercial activities to a Member State.

This reflects the goal of enhancing consumer and employee protections. Previously, under the Old Regulation the employer or trader could only be sued if they had a “branch, agency or other establishment” in that Member State. This allows the Member State Courts to deal with employers and traders who are involved with commerce in the EU without ever establishing formal EU base.

2. Under Article 25 of the Recast Regulation, a non-EU Defendant can now be sued in a Member State Court which has been granted exclusive jurisdiction under a jurisdiction agreement even where neither party to that agreement is domiciled in the EU.

A significant cause for complaint under the Old Regulation was the issue of the so-called “Italian Torpedo.” This described the situation where proceedings were commenced at a early stage in one Member State Court, even though a jurisdiction agreement granted exclusive jurisdiction to the Court of another Member State. This meant that until the Court first seised resolved the issue of its own jurisdiction, no proceedings could continue in the Court which had been granted exclusive jurisdiction. The tactic was used by parties to delay and frustrate claims by issuing in the Courts of Member States such as Italy which were either slow, or would only deal with jurisdiction issues at the same time as determining the substantive issues (i.e. not until trial).

These changes have been heralded as a long overdue victory for parties seeking to enforce agreed jurisdiction clauses, and will provide some much needed certainty to the process.

Generally speaking, a Member Court cannot stay proceedings where it has jurisdiction in reliance on the Defendant’s domicile on the basis that a non-Member State Court would be a more appropriate forum.

There are concerns that interpretation of these provisions may lead to satellite litigation. There is also a real likelihood that this rule, with its high threshold and levels of discretion, could result in the same case being fought on two separate fronts, with the associated risks of two inconsistent judgments being handed down.

The Old Regulation stated that “The regulation shall not apply to arbitration” and nothing more. However, this apparently simple statement was eroded by subsequent case law such that the jurisdiction of Member State Courts to deal with proceedings concerning arbitration disputes was unclear and itself the subject of satellite litigation.

The Recast Regulation makes the position clear (albeit in the recitals rather than the articles of the Regulation): It does not apply to arbitration itself (including claims about the establishment or powers of an arbitration tribunal; the conduct of the arbitration or the decision of awards of the arbitration, including appeals.) Member State Courts are not prevented from referring the parties to arbitration or determining that an arbitration clause is null and void, but that decision itself will not be subject to the provisions of the Recast Regulation. This means that any Member State Court can reach these decisions without having to defer to proceedings on the same issue commenced in any other Member Court, thereby preventing any risk of a “torpedo” action in another Member State Court on the preliminary issue of the validity arbitration agreement.

Simplification of reciprocal recognition and enforcement of Member State judgments

The Old Regulation specified the regime for the reciprocal recognition and enforcement of judgments between Member State Courts.

The position as regards the recognition of a judgment given by a Member State Court has not changed under the Recast Regulation: it must be recognised in all other Member States without any special procedure being required except in certain limited grounds where such recognition would be inconsistent with the public policy of the Member State in question.

However, the procedure for the enforcement of judgments has been simplified. Under the Old Regulation, it was necessary for a judgment creditor to apply as a preliminary step to the Court of the Member State in which he wanted to enforce for that judgment to be declared enforceable, a process known as exequatur. The process was largely administrative in nature, but often resulted in a delay (and further costs being incurred) before the judgment creditor could effectively enforce the judgment.

The Recast Regulation simply requires the judgment creditor to present a copy of the judgment in question together with a completed standard form certificate (albeit a rather long winded one) at the enforcing Court in order to proceed with the chosen method of enforcement. Safeguards remain in place, as the Court can refuse enforcement for public policy reasons or if the claim was not properly served in the original proceedings. However, the onus is now on the judgment debtor to apply to Court to oppose enforcement.

The Recast Regulation is a case of evolution rather than revolution, intended to deal with practical issues arising out of the application of the Old Regulation. It has provided further clarity to the enforcement of jurisdiction agreements within Member States, although there has been some criticism that there are unresolved issues in relation to claims which are commenced outside of Member States.