how we can help
Why join HCR? +
About Us Our Values Life outside the office Our Professional Networks
Early Careers +
Routes into a legal career Paralegals career Training Contracts Vacation Schemes
Our Current Vacancies
Around The World +
LEI Network China India Netherlands Nordics USA
Home > Blogs > Forces pensions on divorce – spouses beware 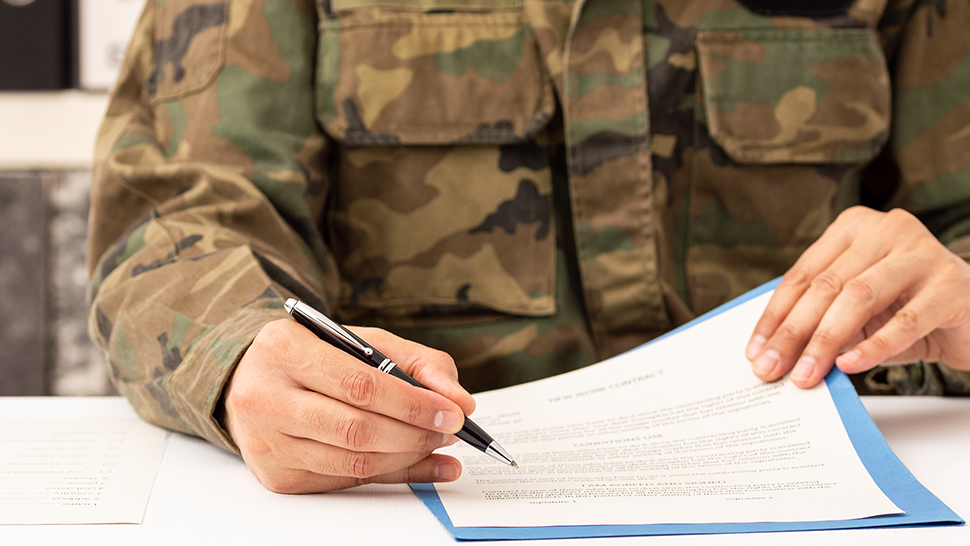 For many people, one party’s pension on divorce is one of the most valuable assets that needs to be divided. The family courts have the power to make an order dividing a pension, regardless of whose name it is in, even if it built up before marriage. There are many different types of pensions and forces pensions are often the ones you have to be most careful about.

Forces pensions are very different to state sector pensions such as the NHS or teachers pensions or a private occupational pension (a final salary scheme). There are three types of schemes, AFPS75, AFPS05 and AFPS15. Each pension has slightly different benefits and is valued differently. Initially, within divorce proceedings, you will need to obtain what is called a cash equivalent value. This is a valuation readily available to most members.

This calculation was adopted by the courts because of the ease of obtaining the information.  However, when considering a military pension’s true value, it may well be worth considerably more than its cash equivalent value, as they have unique benefits.

It is often vital to instruct a pension actuary to prepare a report to ensure you have its true value. They will also set out their opinion on how the pension should be divided to ensure equality of income on retirement, for example, or calculating a possible offset. Having established its value, the court can make two types of orders, offsetting and pension sharing orders.  For army pensions that pre-date 2015, the court may also consider a pension attachment order, although these are rare.  An offset provides the non-member spouse with more of the non-pension assets, such as equity in the family home, in compensation for not receiving a share of the pension.

This may be relevant if the pension value is low.  The more usual approach is for the court to make a pension sharing order. This means that a percentage of pension is transferred to the non-member spouse who then has control of the pension. They can then draw down their pension at retirement age and choose the amount of lump sum they receive.

Crucially, however, an armed forces pension must remain within the scheme. If you do receive a pension share, even though the serving spouse may already be receiving their pension, you, as a non-member spouse, will not receive your share of the pension until you reach the scheme age of retirement.

Long service members are also entitled to an Immediate Pension or Early Departure Payment (EDP), which they will receive until they reach retirement age. Making a pension sharing order will reduce that payment. This will have an immediate impact on both parties’ incomes, even though the non-member spouse is not entitled to receive an income until the scheme retirement age.

To illustrate this, I recently spoke to one of our support staff who had a difficult experience with her former spouse’s military pension. Between them, they agreed she would continue to receive half his EDP. However, upon taking advice from a solicitor who was not experienced in dealing with forces pensions, she was, quite rightly, advised to seek a pension sharing order.

However, neither she nor her husband were advised of the impact this would have on the EDP. Upon the pension sharing order being made, the EDP reduced significantly. This had a serious impact on both parties’ finances, as well as their relationship, which had been amicable up until that point.

The pension sharing order also meant the wife would not be able to receive her pension until age 55 at the earliest. Even then, if would be worth significantly less than half the payment the parties had agreed between them. This has had serious financial implications for both parties which could have been addressed had there been a clear understanding of the workings of the pension when initial advice was sought. It shows the importance of getting the right advice before making any final decisions.

The above shows how complicated valuing and dividing a forces pension can be on divorce. It is extremely important to get the right advice from a solicitor who understand military pensions and in particular, how the AFPS75 works.