how we can help
Why join HCR? +
About Us Our Values Life outside the office Our Professional Networks
Early Careers +
Routes into a legal career Paralegals career Training Contracts Vacation Schemes
Our Current Vacancies
Around The World +
LEI Network China India Netherlands Nordics USA
Home > Blogs > Landowner applications to divert public rights of way – What are the legal tests?

Landowner applications to divert public rights of way – What are the legal tests? 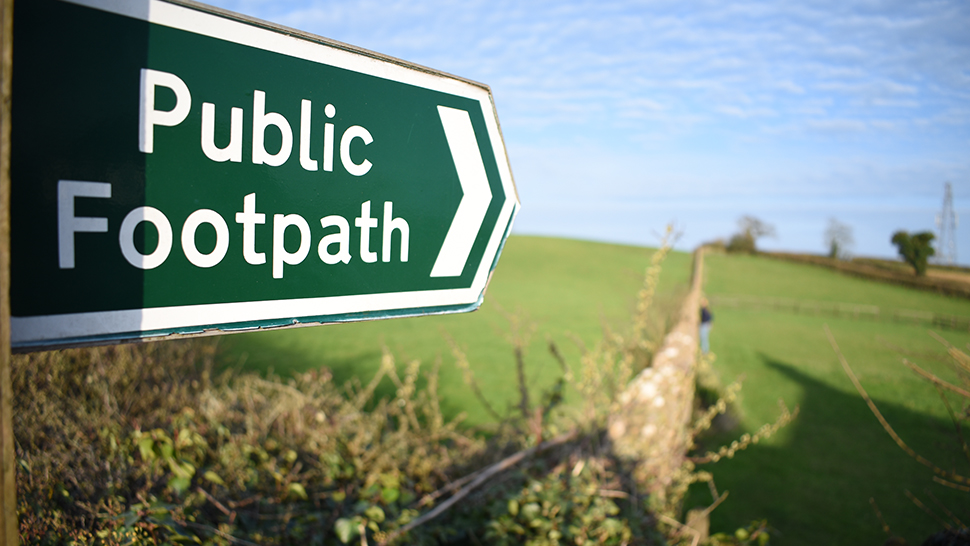 Landowners affected by a public right of way crossing their land can apply to the local highway authority for its diversion under section 119 of the Highways Act 1980. But what are the legal tests which landowners will need to meet? The High Court in The Open Spaces Society v Secretary of State for Environment, Food And Rural Affairs [2020] EWHC 1085 (Admin) has recently provided some useful guidance.

How are S119 applications made and decided?

There are three main steps for the determination of applications to divert a public right of way under section 119. These are:

You will need to check with the relevant council as to whether they have any prescribed S119 application forms and required documents and plans. You will likely be required to agree to pay all costs of the council and indemnify the council against any claims for compensation. Key issues to consider as part of any S119 application are:

Step 2 – Decision by the Council

Once the application has been submitted, the council will determine whether to make a public path diversion order. This is a low threshold test. The council at this stage will only consider (i) whether it is expedient that the line of a route should be diverted in the interests of the owner, lessee or occupier of land crossed by it (ie. a balancing judgement on the reasons why you are applying) and (ii) whether termination points of the route are altered and if so whether the new termination points are onto a highway and substantially as convenient to the public.

If the council make a public path diversion order then they will carry out formal statutory consultation and issue the required notices. Importantly, the order at this stage has no legal effect. There are no rights of appeal at this stage other than judicial review to the High Court.

The confirmation of a public path creation order will give it legal effect. If there are objections to the made order then the council will refer the decision on whether to confirm the order to the Secretary of State. If there are no objections then the council will decide whether to confirm the order. Section 119(6) sets out the following three legal tests for whether or not to confirm a made order (applicable for both opposed and unopposed cases):

The Open Spaces Society (OSS) case concerned a judicial review of the decision dated 31 October 2019 of an Inspector (Ms K.R. Saward) appointed by the Secretary of State for Environment, Food and Rural Affairs (order ref: ROW/3217703). The Inspector had decided to confirm the Oxfordshire County Council Rollright Footpath No. 7 (Part) Public Path Diversion and Definitive Map and Statement Modification Order 2015 which was made by the Council on 28 May 2015 (NB. Note the 4+ year time period which is not unusual).

In relation to each of the three tests under section 119(6) (ie. Step 3 above) the inspector found:

The OSS challenged the Inspector’s interpretation of Test 3 and in particular whether it was open for her to include considerations outside the matters specifically mentioned in Test 3 of s119(6) (as set out above) such as the benefits of the diversion to the landowner within such balancing exercise.

The Court rejected the arguments of the OSS and found that the Inspector was correct in that a broad balance or merit judgement is to be made by the decision-maker under Test 3. The decision-maker is required to consider the expressly stated negative factors in the Test, but such considerations were not an exclusionary list. Benefits of the diversion to landowners and the public were also relevant considerations under the balancing exercise of Test 3. This could include by example other wider possible benefits such as the interests of agriculture, forestry or biodiversity.

If the OSS were correct as to the limited scope of the expediency judgement on the overall merits of a S119 Application in Test 3 then that would have greatly tilted the balance of such applications in favour of objecting public users and user groups, and made successful applications much more difficult for landowners. The interpretation of Test 3 by the Court is a sensible decision and highlights how well-reasoned private and/or non-highway benefits can potentially outweigh any negative impacts to public users.