how we can help
Why join HCR? +
About Us Our Values Life outside the office Our Professional Networks
Early Careers +
Routes into a legal career Career Paralegals Training Contracts Vacation Schemes
Our Current Vacancies
Around The World +
LEI Network China India Netherlands Nordics USA
Home > Blogs > Should Sixth Form Colleges become academies? 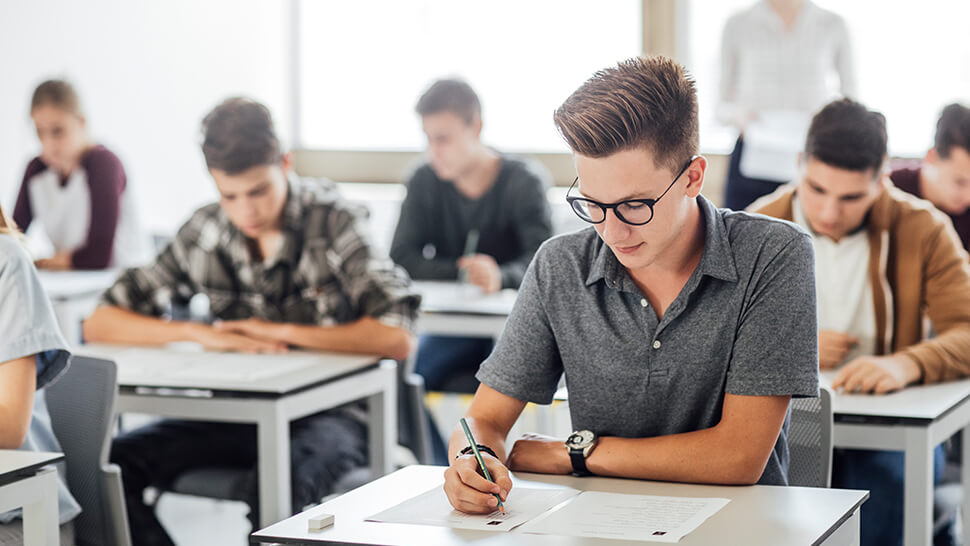 The Chancellor George Osborne has confirmed that sixth form colleges would have the opportunity to change their legal status and become academies. This was set out in his Autumn Statement as part of the on-going restructuring of post 16 education. The issue about whether sixth form colleges should apply to become academies has been under discussion since the Coalition Government first created 16-19 academies some five years ago.

Previously academies could only enrol students of compulsory school age. However, in the period since, the Department for Education (DfE) has approved the creation of some fifteen 16-19 free schools, although during the same time period no sixth form colleges have converted to academy status.

Over recent years DfE has tried to eliminate some of the inequalities between schools and colleges by:

In addition, Ofsted moved to a common inspection approach for the education of 16 to 19-year-olds in autumn last year. It already inspected 16-19 academies under the same framework as sixth form colleges.

However, in respect of the handling of VAT and regulation significant differences remain.

Academies (as schools) benefit from the following:

Previously, the only route for college involvement with academies was as academy sponsors, partnering with underperforming schools to bring about improvement through collaboration and shared expertise. With the ability to become an academy, one area which sixth form colleges will be looking to exploit is joining with existing academy trusts or schools to form Multi Academy Trusts. Currently many colleges have strong links with local trusts, and in some instances they have already gained support from the academy’s governors and the backing of the Education Funding Agency. However until now they haven’t been able to take the final step and become part of the academy trust.

Merging with academy trusts will help support colleges financially as it could enable the streamlining of back-office functions, such as IT services, and joint tendering for things such as energy and ground maintenance contracts which could lead to significant savings. Also, at a time when the post-16 education landscape is getting increasingly competitive, with more schools setting up their own sixth-forms there is a window of opportunity to work with schools that currently don’t offer that provision.

If a college joins a local MAT and is therefore part of the same structure as some local schools, sixth form provision may no longer be an issue. There is also no doubt that allowing colleges to convert could enable them to work in a much more independent and creative way, for example widening provision by being able to make joint staff appointments enabling more niche subjects to be offered, as teachers can be shared across schools.

This website uses cookies to improve your experience while you navigate through the website. Out of these cookies, the cookies that are categorized as necessary are stored on your browser as they are essential for the working of basic functionalities of the website. We also use third-party cookies that help us analyze and understand how you use this website. These cookies will be stored in your browser only with your consent. You also have the option to opt-out of these cookies. But opting out of some of these cookies may have an effect on your browsing experience. View our full privacy policy here.
Necessary Always Enabled
Necessary cookies are absolutely essential for the website to function properly. This category only includes cookies that ensures basic functionalities and security features of the website. These cookies do not store any personal information.
Functional
Functional cookies help to perform certain functionalities like sharing the content of the website on social media platforms, collect feedbacks, and other third-party features.
Performance
Performance cookies are used to understand and analyze the key performance indexes of the website which helps in delivering a better user experience for the visitors.
Analytics
Analytical cookies are used to understand how visitors interact with the website. These cookies help provide information on metrics the number of visitors, bounce rate, traffic source, etc.
Advertisement
Advertisement cookies are used to provide visitors with relevant ads and marketing campaigns. These cookies track visitors across websites and collect information to provide customized ads.
Others
Other uncategorized cookies are those that are being analyzed and have not been classified into a category as yet.
SAVE & ACCEPT
< Back
About Us +
Our Charitable Trust Our Events Our Professional Networks Price Transparency
Our Offices +
Birmingham Cambridge Cardiff Cheltenham Hereford London Milton Keynes Northampton Thames Valley Worcester Wye Valley
Our Resources +
Articles Events Library Media Centre Newsletter Archive Cyber GDPR Brexit Future Workspaces
Also From HCR Law +
Eagle HR Medical Accident Group Notarial Services Safe from harm Should Sixth Form Colleges become academies?
< Back
Your Property Matters +
Buying or Selling a Property Planning, Highways and Environment Agricultural and Rural Land
Protecting Your Famiy +
Relationships and Family Law Entering a Relationship Leaving a Relationship Children Financial Issues
Protecting Your Future +
Private Client Making A Will Private Wealth and Family Offices Setting Up A Trust When Someone Dies Contesting A Will Older and Vulnerable Clients Notarial Services
Protecting You Now +
Clinical Negligence Personal Injury Personal Insolvency Directors’ Duties Senior Executives
Your Personal Journey
< Back