how we can help
Why join HCR? +
About Us Our Values Life outside the office Our Professional Networks
Paralegals and Trainees +
Routes into a legal career Career Paralegals Training Contracts Vacation Schemes
Our Current Vacancies
Around The World +
China India Netherlands Nordics USA Elsewhere
Home > Blogs > Teachers’ Pension Scheme – independent schools phased withdrawal; the government publishes its consultation response 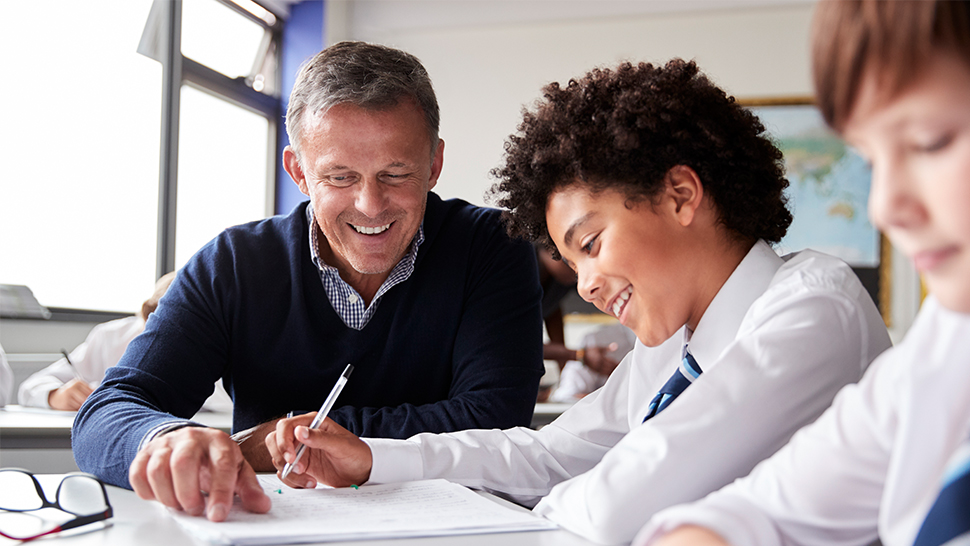 On 11 November 2020, the Department for Education (DfE) published its long awaited response to the consultation regarding the so called “mixed economy” – a proposal to allow independent schools to opt out of Teachers’ Pension Scheme (TPS) participation for future teaching staff, whilst allowing existing staff to remain as active members. The response can be accessed here.

In summary, it confirms that independent schools will have the option of implementing a mixed economy (or a “phased withdrawal”), which is an approach that is currently precluded under the TPS regulations, potentially as early as spring 2021.

This is an important development for independent schools that are either considering options for managing the increased costs associated with the TPS, or are actively engaged in consultation with staff in relation to a full withdrawal or other change in pension arrangement.

The significant increase in the employer contribution rate under the TPS implemented in September 2019, and the high risk of a further increase in April 2023, has led many independent schools to consider their ongoing participation in the scheme. In contrast to most employers who fall within the scope of the TPS, independent schools are not mandated to participate, and receive no funding from the government to support any increase. However, if an independent school does participate, it must enrol all eligible teaching staff unless individual members choose to opt out. At present, it cannot offer membership of the TPS to some staff (e.g. existing staff) and not others (e.g. newly appointed staff).

In response to the September 2019 increase, the Independent Schools’ Council (ISC) and the Independent Schools’ Bursars Association (ISBA) asked the DfE to consider amending the TPS rules to allow a phased withdrawal for independent schools. This would require an amendment to the TPS regulations so that the participation of an independent school could be frozen, allowing existing staff to retain membership of the TPS, with new teachers being enrolled into an alternative scheme. In effect, this would close the gates on new members at specific schools. The intention would be to help independent schools to manage the additional costs associated with the TPS, while protecting staff who are already participating.

The DfE launched a consultation over the proposal and received 645 responses from individuals, employers and sector organisations.

The government’s response to the consultation was expected in the first quarter of 2020 but was delayed due to the volume of responses and the impact of Covid-19. Its main conclusions are as follows:

Overall, the response confirms the intention to proceed with the proposed change to allow phased withdrawal. It notes that the TPS is a key factor in recruitment and retention and that this will encourage independent schools to consider remaining as an active TPS employer where possible. For those that cannot remain, and would otherwise leave the TPS entirely, the response states that phased withdrawal offers a way forward that will lessen the impact on current members.

In addition, the response considers the main equality concerns arising from the proposal. In particular, it notes that:

To address these concerns, the proposed changes will be subject to the following protections:

It is also worth noting that the response refers to the fact that the TPS does not place an exit charge for outstanding liabilities on those employers leaving if there is a deficit and, should an exit charge be considered in the future, all interested parties, including independent schools, would be consulted. This may be a comfort to some schools who were concerned about the imposition of such a charge.

What does this mean for schools considering or actively consulting over a withdrawal from the TPS or alternative pension offering?

Prior to the impact of Covid-19, some independent schools were adopting a ‘wait and see’ approach to the question of the TPS, based on the anticipated response to this consultation. The confirmation that the option of a phased withdrawal will become available to independent schools may be of benefit to some schools and may, in certain cases, reduce the need to engage in a potentially difficult consultation with staff over a withdrawal from the scheme.

The response acknowledges, however, that the option of a phased withdrawal will not be of benefit to all schools and that its impact will be gradual rather than immediate. It is generally the case that staff turnover in schools is low and adopting a phased withdrawal approach may well have the effect of further discouraging staff to leave where the benefit of the TPS may be lost.

This is not, therefore, a ‘one size fits all’ resolution to the problem of the increased cost associated with the TPS, and the extent to which it is of benefit will depend on a school’s particular circumstances and priorities. It is, however, helpful in offering independent schools an additional option for addressing this issue.

Schools that are considering options in relation to the TPS but are not yet actively engaged in consultation, will now need to include, within their strategic thinking, the question of whether a phased withdrawal presents a viable way forward.

There may be, of course, a number of benefits associated with the phased withdrawal approach. As existing staff would remain eligible for the TPS, there would be no change in terms and conditions and no need to enter into a possibly difficult period of formal consultation with staff that may, if no agreement is reached, necessitate the need to implement dismissals alongside offers of immediate re-engagement.

As noted above, however, there are drawbacks to the phased withdrawal approach. As acknowledged in the government response, it will not offer an immediate cost saving for schools and does not address the risk of a future increase in employer contributions under the TPS, which is anticipated in April 2023. Rather, the impact will be gradual, as existing staff leave and new staff join on the basis of an alternative scheme. Some schools may legitimately reach the conclusion that the phased withdrawal option is not viable, particularly where savings are required in the short to medium term.

As part of any business case for a full withdrawal, it is important that governors consider carefully the alternative options available, and this will now include the option of a phased withdrawal. This should be considered as part of the process of formulating a robust business case for change.

For those schools currently engaged in consultation with staff, the timing of the DfE’s response may not be particularly helpful. The trade unions have already taken a forceful approach to schools engaging in consultation over withdrawal at this time and are likely to use this development to further their arguments in this regard.

Those schools actively engaged in consultation with staff will need to review their business cases and consider whether the new option of a phased withdrawal, potentially available from spring 2021, changes the position.

As part of the ongoing consultation, we would recommend that schools in such circumstances undertake an analysis in order to compare the potential cost implications of a phased withdrawal with other options under consideration, based on projected levels of staff turnover and taking into account the likely increase in TPS employer contribution rates in April 2023.

Although staff representatives and trade unions are likely to use this development as a means to push for the cessation of a proposal to exit the TPS, it does not necessarily follow that it undermines a business case for full withdrawal. Given the gradual impact of a phased withdrawal from the TPS, schools may legitimately reach the conclusion that a full withdrawal remains necessary based on their financial circumstances or risk mitigation. Schools will, however, need to be prepared to justify this position in consultation with staff representatives and we anticipate that the trade unions will raise this forcefully.

There may be some benefit in schools taking a proactive approach to this issue and pre-empting likely questions by writing to staff representatives and/or trade union representatives (as appropriate) to note the development and detail the school’s position in relation to it.

What about schools that have already exited the TPS?

From a legal perspective, the new option of a phased withdrawal does not mean that schools that have already exited the TPS are now required to reconsider that decision. An Employment Tribunal would assess the strength of a business case based on the circumstances at the relevant time, not taking into account subsequent changes in the law.

It is, of course, open to schools to reassess their pension provision in the light of this development but there is no legal obligation to do so.

Overall, this might be seen as a positive development for independent schools, in that it offers a further option for addressing the increased cost associated with the TPS. Where it is considered viable, its use will avoid the employee relations issues associated with a possibly contentious consultation over full withdrawal and will protect existing staff membership of the TPS.

However, the extent to which this option impacts a school’s considerations will depend on the circumstances and, in particular, the school’s proposals and current business case. We would be happy to discuss a school’s specific circumstances and provide tailored advice as to the impact of this development. 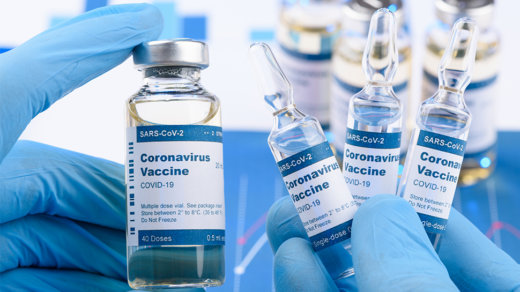 Covid-19 vaccinations – will employees get the point? 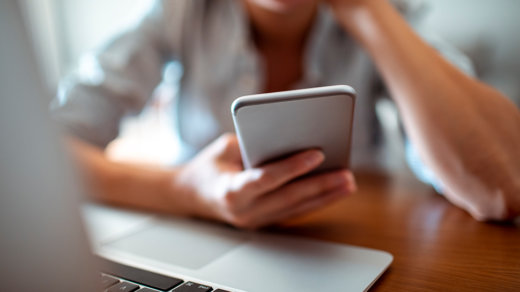 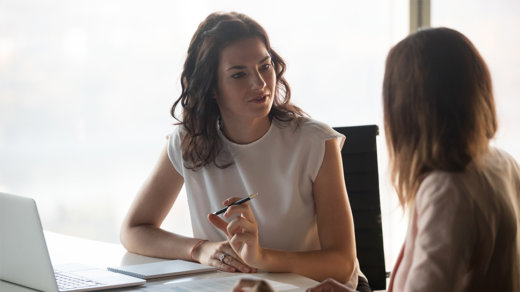 What does Covid-19 mean for employment litigation? 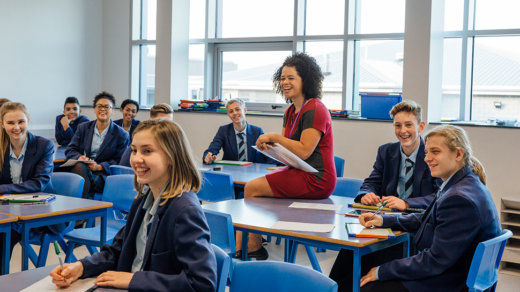 Can schools furlough staff during the Christmas holidays?