how we can help
Why join HCR? +
About Us Our Values Life outside the office Our Professional Networks
Early Careers +
Routes into a legal career Paralegals career Training Contracts Vacation Schemes
Our Current Vacancies
Around The World +
LEI Network China India Netherlands Nordics USA
Home > Blogs > Vocal anti-vaxxers: an employment issue? 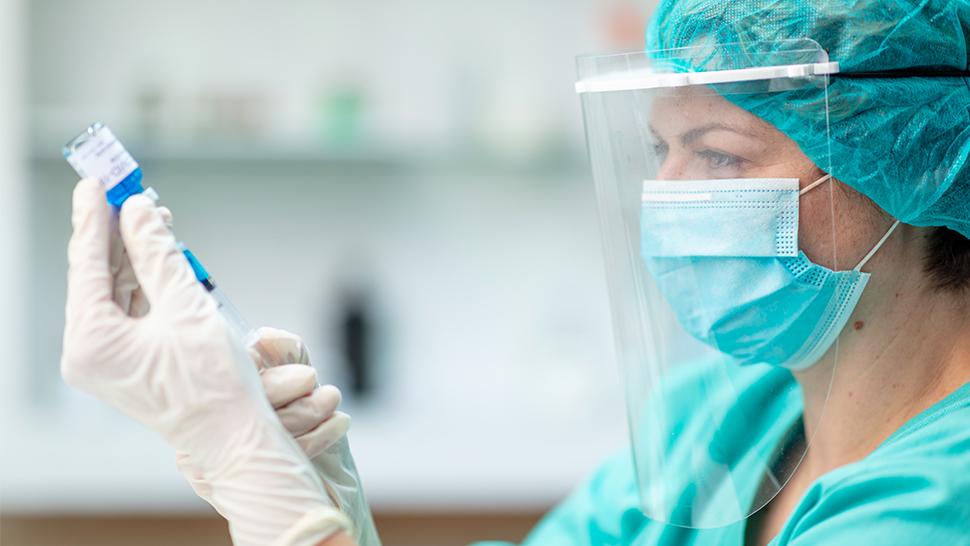 In the last few weeks the UK has become the first country to approve the Pfizer-BioNTech vaccine for widespread use. It is anticipated that approval of the Oxford AstraZeneca vaccine will follow shortly. Overall, the UK government has access to 357m doses of vaccines from seven different developers and the vaccination programme is already underway. The end of the Covid-19 pandemic seems to be in sight and the development of the first vaccines within such a short period of time has been hailed as a triumph of modern science. All great news surely?

Not everyone seems to agree. The so called “anti-vax movement” has been increasingly vocal in the last few months. Once dismissed as the rantings of an extreme and eccentric minority, governments are becoming increasingly concerned that the disinformation spread by these groups poses a serious threat to public health and the goal of achieving herd immunity. It is estimated that, in the last year, anti-vaxxers have increased their following on social media by 8m people. The government has recently announced an agreement with social media providers that they will not profit from or promote anti-vax content, but opposition parties have called for stronger measures.

This is not unprecedented. Over two decades ago a campaign against the single MMR vaccine was spearheaded by a British doctor, Dr Andrew Wakefield, who suggested that it was associated with autism. His theories were eventually discredited and he was struck off by the GMC, but not before there was a significant reduction in the uptake of the MMR vaccine by the parents of young children.

Whether or not an employee supports the anti-vax movement may seem like a private matter and in most instances that will be the case.

But what happens when an employee is particularly vocal in their opposition to the vaccine to the point where an employer feels that this is damaging to their reputation or credibility? This may be of particular concern to public sector employers, particularly those who are expected to promote the public health message. It has been reported that hundreds of NHS and care home staff have formed a group called “NHS Workers for Choice” whose supporters have voiced opposition to vaccinations, wearing masks and testing in hospitals.

Equally, this issue may be of concern to employers who work closely with the public sector, for example, those who have large contracts with the NHS or local government. What can they do in these circumstances?

In most cases, any campaigning activities by the employee in question will be conducted outside work and carried out using their own devices and social media accounts. Employers may therefore think that there is nothing they can so in those circumstances.

Much will depend on the role of the employee and whether their public messages can be linked to the employer, as that will determine the likelihood of damage to the employer’s reputation. So, for example, a hospital doctor who openly promotes the anti-vax message is very likely to cause damage to the employer’s reputation or cause a loss of public confidence in the service which they offer. An employer may very well be justified in taking disciplinary action in these circumstances, particularly if the employee is asked to stop but refuses to do so. However, the same would not necessarily apply if the employee worked in the private sector, in retail or manufacturing for example.

Most people actively involved in promoting the anti-vax message will presumably be doing so on the basis that they have genuinely held fears over the safety of the vaccine. They may therefore claim that they have made public interest disclosures and are protected by the whistleblowing legislation.

Amongst other things, anyone claiming to have made a protected disclosure must establish that there has been a disclosure of information which, in the reasonable belief of that individual, tends to show that there is, or is likely to be, one the six specified types of malpractice or failure set out in the legislation. The category relied upon is likely to be ‘danger to the health and safety of any individual’ under section 439B(1)(d) of the Employment Rights Act 1996.The individual must be able to establish that their belief in the wrongdoing was objectively reasonable, even if that belief turns out to be wrong. Given that this part of the test is objective, we would suggest that, in most cases, an anti-vaccination campaigner is unlikely to be able to overcome this hurdle.

Furthermore, the whistleblowing regime encourages disclosure to the employer or a “prescribed person”, for example, the HSE or another regulator. Whistleblowers wishing to rely on wider disclosures, for example to the press, have additional hurdles to overcome.

An employee may claim that their anti-vax views amount to philosophical belief which is a protected characteristic under The Equality Act 2010. Before a belief is protected under the Equality Act, certain conditions have to be met. These include that the belief must be worthy of respect in a democratic society, must attain a certain level of cogency, seriousness, cohesion and importance and that the belief should “have a similar status or cogency to a religious belief”. There have been decisions in this area which some would find surprising; for example, those which suggest that a belief in catastrophic climate change, a fervent anti-fox hunting belief or a belief in ethical veganism will be protected under the equality legislation.

We would suggest that in most cases anti-vax views would fail the test for a philosophical belief and would not therefore be protected by the Equality Act. Certainly that is likely to be the case for beliefs based on conspiracy theories or those which suggest that the virus is a hoax. However, it is possible that some beliefs would reach the requisite level of seriousness and cogency; for example, beliefs based on the notion that everyone, including healthcare workers, should have a genuine choice as to whether or not they have the vaccine. These cases are therefore likely to be very fact-specific.

As ever, this article is not intended to be legal advice and you should seek legal advice if you have a specific concern. For further information please contact Andrea Thomas at [email protected] or at 07725 240 233. Andrea Thomas is a solicitor in Cardiff, specialising in employment and immigration law.