how we can help
Why join HCR? +
About Us Our Values Life outside the office Our Professional Networks
Early Careers +
Routes into a legal career Paralegals career Training Contracts Vacation Schemes
Our Current Vacancies
Around The World +
LEI Network China India Netherlands Nordics USA
Home > Blogs > An update on farming policy in Wales 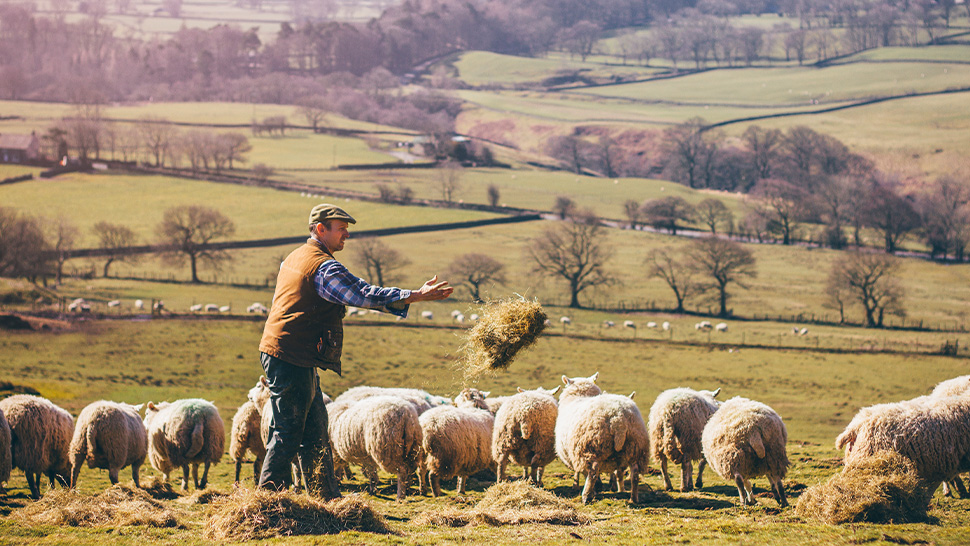 Leaving the EU meant leaving the Common Agricultural Policy (“CAP”). However, the Agriculture Act 2020 (“the UK Agriculture Act”) currently maintains the CAP-style system of support in Wales – largely keeping the status quo ahead of transition to new schemes.

Agricultural policy is devolved so Wales can introduce new approaches to farm payments. Future farming policy continues to be a hot topic as Welsh farmers transition away from subsidy support.

A ‘sunset clause’ in the UK Agriculture Act means Wales must introduce its own legislation to the Senedd on farm payments by the end of 2024 to continue to pay farmers. An Agriculture (Wales) Bill is expected later this year. The Welsh government has been developing proposals for future agricultural support and has already published two consultations: Brexit and our Land (2018) and Sustainable Farming and our Land (2019). This led to a White Paper for an Agriculture (Wales) Bill, which is anticipated to set a support framework for the next 15-20 years.

The bill will introduce an agricultural support scheme called the ‘Sustainable Farming Scheme’ (SFS). More details of the SFS have just been published by Welsh government. While we still have no information on payment rates, making it impossible for farming families to properly consider how the scheme will support their farming business, we now know that the SFS will be made up of three layers – universal, optional and collaborative.

A baseline payment will be made to farmers for undertaking a set of 12 universal actions – measures that go above and beyond what is required by legislation. Additional payments will be available for farmers who choose to undertake extra optional and collaborative actions. Reference should be made to the outline proposals published by the Welsh government for further detail.

The proposals have provided farmers with a real sense of the sort of actions they will be expected to take if they want to be part of the scheme. One key concern is the requirement for 20% of an applicant’s land to be used as woodland or forestry and habitat for biodiversity because this will take land away from production.

A mitigating aspect, however, is that other proposals within the scheme can contribute to improving input efficiency. The release of the outline was timely, given that the Royal Welsh show has just taken place and provided a great opportunity for farmers, landowners and stakeholders to discuss and debate the bones of the scheme.

The SFS sets out a very different and ambitious approach to agricultural support to that currently in place. Based on the principle of sustainable land management, the SFS will reward farmers for providing ‘public goods’ from the land, including both social and environmental improvements in an outcomes-based approach. The policy arguably goes beyond the CAP, supporting wider land management improvement. Contrary to the CAP, farmers would not receive support specifically for producing food.

The Welsh government will set National Minimum Standards (NMS) (the regulatory baseline) over which farmers could be rewarded under the SFS scheme. The Welsh government’s intention is to consolidate existing regulations which underpin cross-compliance requirements. Risk-based inspection and enforcement action (with emphasis on civil sanctions that are proportionate) is proposed to ensure compliance with NMS for all farmers. This will be separate from any sanctions for the SFS.

The Welsh Government has carried out its first phase of ‘co-design’ where stakeholders have informed developing proposals. A summary of consultation responses to the White Paper, findings of the co-design and the Welsh government’s policy response were published on 21 September 2021.

The next phase of co-design is expected this summer. The Welsh Government plans to consult on final proposals for the SFS and Transition Plan in spring 2023. Engagement with farmers through an outreach programme on the final scheme is expected the following year, with the scheme anticipated to open in January 2025.

Bryn Thomas is a solicitor in Cardiff, specialising in dispute resolution law.