how we can help
Why join HCR? +
About Us Our Values Life outside the office Our Professional Networks
Early Careers +
Routes into a legal career Paralegals career Training Contracts Vacation Schemes
Our Current Vacancies
Around The World +
LEI Network China India Netherlands Nordics USA
Home > Blogs > Brexit and Commercial Contracts 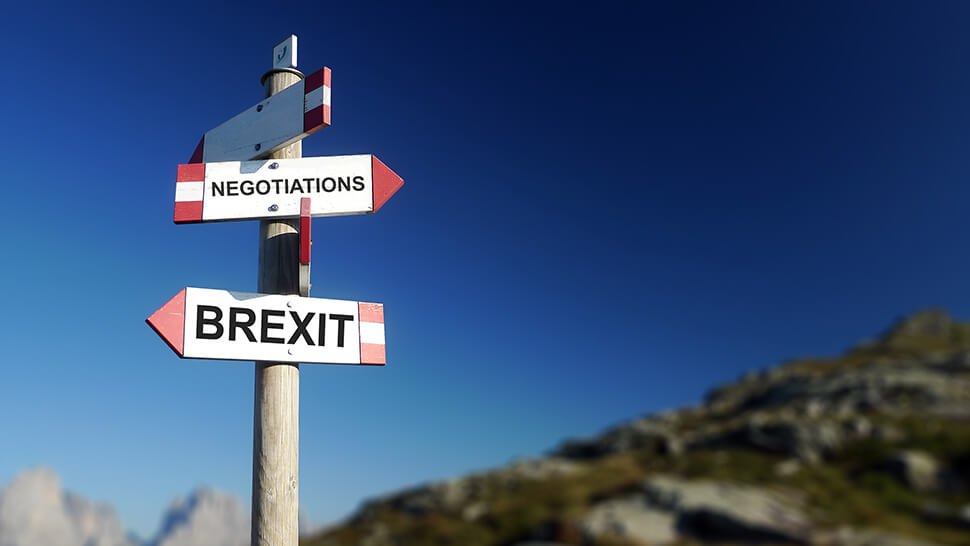 On 23 June 2016, the UK voted to part ways with the European Union (the “EU”), 43 years after joining the EEC in 1973. The Prime Minister has since confirmed the government’s intention to trigger, in 2017, Article 50 of the Treaty on European Union and the reality of ‘Brexit’ is slowly being realised.

Whether or not your business trades with other EU members, as a business owner you will have a general idea of whether Brexit will have a positive or negative impact on your business. Whilst you may feel the repercussions of Brexit are out of your hands, there are ways in which you can protect yourself. Here we focus on the importance of reviewing your key commercial contracts in order to ensure that they remain suitable and provide sufficient protection against any risks associated with the upcoming separation.

Within hours of the referendum result, we witnessed an immediate drop in the value of the pound.  Uncertainty over exchange rates impacts businesses that trade internationally. Your business may also be subject to trade barriers such as increased tariffs on imports and exports, additional charges or penalties for delays at customs, delays in goods crossing borders or even restrictions on the free movement of people.

Whilst you cannot control the financial impact of Brexit, fluctuations in exchange rates or tax levels, you can minimise the degree of impact by including certain provisions in your commercial contracts. You should re-assess pricing when entering into contracts with businesses in EU member states, particularly in light of new levies, taxes or charges. You should also consider which party is liable to pay any increased costs and how these might be apportioned. With regards to fluctuating exchange rates, you could include clauses that trigger a price-alteration or change in currency in the event that an exchange rate reach a certain level, or even a termination clause to protect yourself from financial hardship.

Most commercial contracts will make reference to the EU, perhaps in defining the scope of a trademark or licence, or in defining a territory or tariff for transferring goods or data. A key question will be whether this definition of the EU still includes the UK.

The answer will depend on the wording in the definition for each contract you have in place. The EU should be a defined term at the beginning of your contract.  Some definitions will simply refer to ‘member states’ and this is likely to be interpreted as not including the UK once Brexit is underway. If however the definition is a comprehensive list of countries or member states, including the UK, then the UK is likely to be considered part of the EU for the purposes of the contract. Here the crux is in the wording and you can avoid any ambiguity by ensuring your commercial contracts clearly provide a concise definition of the EU that best reflects your business needs and the purpose behind the contract.

Changes in the Law…

It may become unclear exactly which provisions of EU law will continue to apply to your commercial contracts. Confusion may arise particularly if there is a change to an EU provision post Brexit. The UK would not be bound by the provision but contractually you may be. It is also possible that certain EU provisions will be revoked following Brexit and whilst the majority of key EU provisions have been adopted nationally by UK law, not all have. An example could be the Transfer of Undertakings (Protection of Employment) Regulations 2006 (“TUPE”). Many commercial arrangements in the UK are dependent on TUPE provisions and the Regulations are intrinsic to many commercial transactions.

It is, therefore, more important than ever to ensure that your commercial contracts provide for changes in the law, as well as making clear which EU provisions apply both generally and in the event of a conflict. With regards to TUPE, it is likely that the UK will enact its own legislation to afford similar protection but this cannot be guaranteed. It would be advisable for you to incorporate a similar contractual provision into your relevant commercial arrangements which are dependent on TUPE, particularly those reliant on a skilled work force. You should familiarise yourself with those EU provisions which are relevant to your key commercial contracts and add contractual clauses to protect your business should those rules be revoked or changed.

You may have noticed that your commercial contracts include a clause stating which law the contract is governed by and which jurisdiction a claim should be bought in. The laws, and the courts, of England and Wales commonly appear within such clauses, even for commercial contracts where both parties are domiciled overseas. In light of Brexit, you may feel pressured to opt for an alternative jurisdiction clause, particularly when contracting with parties from EU member states.

Most English contract law is well established, being founded on longstanding common law principles. Under the Rome I and Rome II EU Regulations, member states are required to respect another member’s choice of law. It is, therefore, unlikely that businesses will be less inclined to apply English law to their contracts simply because of Brexit. However, be cautious of any contracts that state a different jurisdiction is to be applied.

You may have seen a “Force Majeure” clause in some of your commercial contracts. Such clauses are included as get-out clause, potentially absolving one party’s liability to the other for breaches caused by events outside their control. Examples of force majeure events include earthquakes, droughts, floods and other natural disasters. Brexit will undoubtedly have day to day implications for many UK businesses and whilst pre-Brexit contracts might prove more costly or less advantageous to fulfil post-Brexit, Brexit itself is unlikely to be considered a force majeure event, to trigger protection from force majeure clauses.

In times of downturn or economic uncertainty, the courts tend to interpret commercial contracts strictly and in accordance with their express wording, even if that leads to an outcome which was not intended by the parties at the outset.

This may mean you receive little assistance from the courts if your contracts have been negatively impacted by Brexit. Perhaps specific Brexit provisions need to be included in new contracts going forward, at least until the real impact can be better understood. In the meantime, a due diligence exercise is key in order to ensure you afford your business adequate protection. Audit your key contracts and ensure all termination, definition and jurisdiction clauses provide adequate protection!