how we can help
Why join HCR? +
About Us Our Values Life outside the office Our Professional Networks
Early Careers +
Routes into a legal career Paralegals career Training Contracts Vacation Schemes
Our Current Vacancies
Around The World +
LEI Network China India Netherlands Nordics USA
Home > Blogs > Considering UCTA when drafting standard terms and conditions 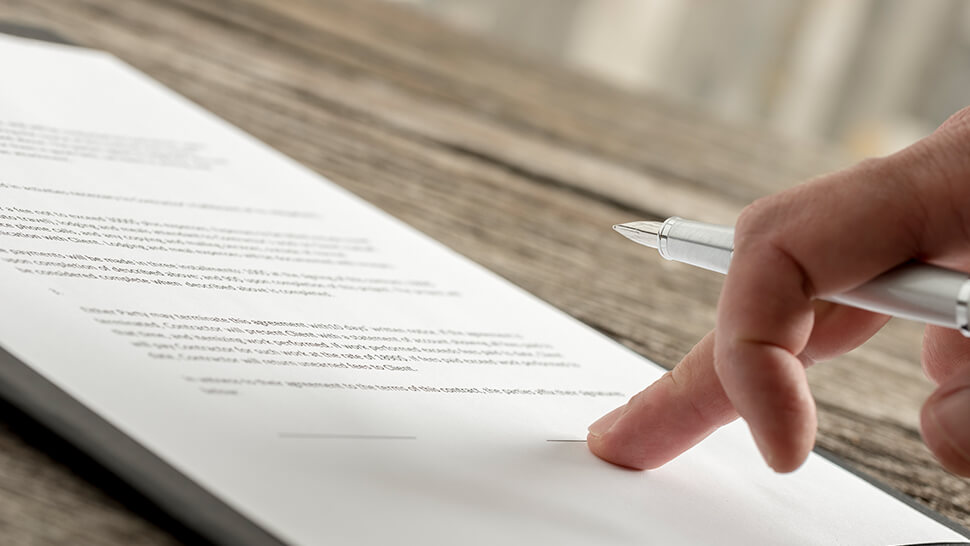 Limiting liability can seem straightforward when drafting standard terms and conditions. A supplier will simply seek to exclude as much liability as possible, taking care not to exclude liability for death or personal injury caused by negligence, or for fraud. Where contracts are for the supply of goods and services a common way of doing this is with reference to the contract price, or a multiplier thereof – say 125 per cent of the fees payable in the last twelve months. However, when using standard terms and conditions, solicitors sometimes pay scant regard to the Unfair Contract Terms Act 1977, or UCTA.

UCTA applies to almost all business-to-business contracts, with certain exceptions such as international contracts and shipping or insurance contracts. If a business is involved in the supply of goods and services in the UK, its standard terms and conditions will almost certainly sit firmly within UCTA’s ambit.

UCTA provides that all limitations of liability for negligence must be reasonable, and, where a contract is on a party’s standard terms, all limitations on liability for breach of contract must be reasonable. If they’re not reasonable, UCTA will render them void, and, depending on the drafting of the contract, this may expose the party seeking to limit liability to entirely unlimited liability. When deciding if a clause restricting liability is reasonable, suppliers must have regard to the factors set out in Sections 11(2) and 11(4) and Schedule 3 of UCTA. Two recent cases provide helpful illustrations on how the courts have applied several of these factors.

Ease of Compliance with Conditions

Supplier standard terms and conditions often contain stipulations for actions that customers must take in order to claim a remedy, often under a specific warranty for compliance with a specification. Schedule 2(d) of UCTA states that the difficulty of complying with any conditions affecting liability should be taken into account when assessing reasonableness. The case of Saint Gobain Building Power Distribution Ltd v Hillmead Joinery (Swindon) Ltd [2015] is an example of when the intention to restrict liability as much as possible in fact had the opposite effect.  Saint Gobain’s limitation of liability clause provided that customers must: (i) where possible inspect goods on delivery; (ii) that if they were not inspected it would be under no liability for defects which would have been apparent ‘on careful inspection’; (iii) that it would not have any liability to customers unless it was sent a written complaint within three days; and (iv) that in any event all a customer could receive would be a refund of the price of the relevant goods. The cumulative effect of these conditions is that they are almost impossible to comply with and therefore the limitation of liability was considered to be unreasonable and was void.

The exclusions and limitations in Saint Gobain’s standard terms and conditions also included   a general provision that other than for liability for death or personal injury due to negligence (or for fraud), Saint Gobain’s liability would not exceed the price charged to the customer for the relevant goods. The judge found that an important consideration was that Hillmead was a much smaller undertaking than Saint Gobain and had no real bargaining power. This, combined with the fact that it should have been clear to Saint Gobain that Hillmead’s loss for non-performance would go beyond mere cost of replacement or refund of the purchase price, meant that it was not reasonable to limit Saint Gobain’s liability to such an amount and that the limitation was void.

The case of Kudos Catering (UK) Ltd v Manchester Central Convention Complex Ltd [2017] EWCA Civ 38 made clear that a clause limiting liability which would have the effect of depriving a party of a substantial remedy was not reasonable. Kudos concerned a loss of profits exclusion, however it’s easy to see how a ‘contract price’ limitation could effectively deprive the other of a substantial remedy, particularly if a breach occurs soon after the contract is concluded when the contract price could be very low. The court found that, in the event of breach the only real loss that would have occurred would have been loss of profits, and therefore, the restriction functioned as a total exclusion of any remedy for the non-defaulting party and was void. This point also demonstrates that the courts will interpret clauses limiting liability in line with commercial common sense. If the court had accepted what amounted to a total exclusion of liability (as a ‘contract price’ limitation might), this construction would mean there was no sanction for the non-performance. As this was inconsistent with commercial rationale, or ‘business common sense’ as the court put it, the court would not interpret the intention of the parties in this way, and the loss of profits restriction was also unreasonable for that reason.

Also in Kudos, the Court of Appeal took a dim view of the fact that the wording around the limitation of liability was hidden in a clause called ‘indemnity and insurance’, 18 paragraphs into the terms and conditions. Schedule 2(c) of UCTA makes clear that whether or not the party whose remedy will be restricted was aware of the restriction is a factor in whether or not the restriction would be deemed reasonable. A provision restricting liability is much less likely to pass the reasonableness test if the other party was not aware of its existence, or if it is hidden amongst other terms, and the courts may also consider if the party imposing the restriction brought it to the attention of the other party. It seems unlikely that suppliers regularly point out their limits on liability to their clients, but this, may, in fact, assist the supplier if the restriction is challenged under UCTA. A restriction is also unlikely to be reasonable if it is incomprehensible. It is remarkable, when all sub-clauses and cross references are worked through, how often clauses limiting liability end up with a meaning that is at best ambiguous and at worst nonsensical. In these circumstances, rather than try to imply meanings into such clauses, the courts may simply be minded to strike them out of the contract as unreasonable.

Limitations of liability are often considered by the courts and have been found to be overly-restrictive, unclear, ‘buried’ in amongst other provisions or to be contrary to business common sense, all of which can render them entirely or partially void, leaving the party intending to restrict liability open to unlimited liability. Just a brief review of the two cases above identifies a range of factors that the courts will consider when looking at limitations of liability and if they are reasonable under UCTA. It is clear that, despite being the norm for suppliers of goods and services, contract price restrictions can easily fall foul of UCTA unless they have been used only after careful consideration.

Of course, it is not practical or desirable for a supplier with many customers to set a different price in every contract, but when drafting standard terms and conditions, lawyers should have regard to the factors above rather than assuming that sticking to a multiplier of the contract price will be reasonable, and enforceable, under UCTA.