how we can help
Why join HCR? +
About Us Our Values Life outside the office Our Professional Networks
Paralegals and Trainees +
Routes into a legal career Career Paralegals Training Contracts Vacation Schemes
Our Current Vacancies
Around The World +
China India Netherlands Nordics USA Elsewhere
Home > Blogs > Courts, Unfairness and the Consumer Credit Act

There has been a recent flurry of Court decisions with regard to the Consumer Credit Act (the Act) and its various requirements.

The question of unfair relationships was considered by the Supreme Court last year in the leading case of Plevin v Paragon Personal Finance Limited.  Building from that decision, its ambit has been considered further by the High Court in the last couple of months.

In Axton v GE Money Mortgages Ltd and The Money Group (Cornwall) Ltd, another PPI mis-selling claim, the Court was again asked to consider the question of whether an unfair relationship could be said to exist pursuant to section 140 of the Act.  Mr and Mrs Axton had taken out four credit agreements with GE over a four year period, each agreement refinancing its predecessor.  Each loan was taken out via a broker, TMG.  Whilst GE offered its own PPI, the Axtons had instead purchased PPI from TMG and had expressly declined the PPI cover offered by GE.  GE was not involved in the sale of the TMG PPI, save that an additional loan amount was borrowed from GE to fund the PPI premiums sourced from TMG.

Mr and Mrs Axton subsequently issued a standard form PPI mis-sale claim, and claimed relief for an unfair relationship under section 140 of the Act as against GE.  In response, GE applied for summary judgment of the Axtons’ claim on the basis that it had no real prospect of success.  In considering the matter, the High Court viewed the PPI arrangements as rather different from those seen in ‘standard form’ PPI mis-sale complaints.  The PPI had not been provided by GE; nor had the PPI premium been added to the loan, the Axtons having funded the PPI premiums from the loan provided by GE.  Further, GE had not received or paid any commission in relation to the PPI.  In such circumstances, the transaction was regarded as rather different from that established in Plevin.  Given GE’s very limited involvement with regard to the circumstances of the PPI itself, there was insufficient evidence to establish the finding of an unfair relationship and the claim could rightly be struck out.

Perhaps of wider interest is the use of a summary judgment application in a claim brought under section 140.  Mr and Mrs Axton had relied on the reverse burden of proof in an unfair relationship claim (i.e. that once the issue is raised by a customer, it is for the lender to prove that an unfair relationship does not exist) and prior case law (Bevin v Datum Finance Limited, which suggested that the reverse burden of proof makes unfair relationship claims difficult to resolve summarily), to support the proposition that the question of the unfairness of a relationship was not suitable to be dealt with by a Court summarily.  However, the High Court in this case considered that on the basis of the evidence available before it, the facts of the claim and on the interpretation of the Act, it was possible for the claim to be summarily dismissed and there was no need for it to proceed to a full trial.  This is certainly good news for lenders who may previously have considered that a spurious or lightweight claim founded under the section 140 unfair relationship provisions could not be disposed of without having to proceed all the way to trial.

With more good news for lenders, the case of Barclays Bank Plc v McMillanhas provided an illustration of circumstances which will be regarded as notgiving rise to an unfair relationship.  Barclays had lent some $540,000 to Mr McMillan, who was a US lawyer and partner in a substantial US law firm (the Firm).  The loan was to enable Mr McMillan to provide a capital contribution to the Firm.  The loan funds were paid direct by Barclays to the Firm, which later became insolvent and filed for Chapter 11 bankruptcy in the US.  Barclays therefore sought to recover the loan amount from Mr McMillan personally.

Mr McMillan defended the claim.  As part of that defence, he alleged that the loan constituted an unfair relationship pursuant to section 140 of the Act.  He made a number of allegations, including that Barclays knew, or ought to have known of the financial circumstances of the Firm; that Barclays failed to carry out a proper assessment of his ability to repay the loan; that he was forced to enter into the loan under duress on the basis that the Firm would not distribute other monies owed to him unless he made the capital contribution; and that insufficient information was provided to him by Barclays in relation to the terms of the loan.

In applying the Plevin decision, the High Court dismissed Mr McMillan’s defence and set out a number of factors which were regarded as providing evidence to the contrary.  In particular, the Court noted that Mr McMillan was an experienced and senior partner in a major international law firm.  He could not be regarded as naïve or financially unsophisticated.  There was also nothing unusual or onerous in the loan’s terms and conditions.  It was in a standard format adopted for other professional firms and contained nothing out of the ordinary in terms of interest rates or other unfair terms.  Further, Mr McMillan’s income from the firm was substantial ($1.5 million) and in such circumstances, Barclays was entitled to assume that he would be able to repay the loan.  In all of the circumstances therefore, Mr McMillan’s defence was dismissed and Barclays was entitled to enter judgment against him.

This case is a useful reminder for lenders that the nature of the customer and the customer’s personal circumstances can be relevant in how a defence which raises an unfair relationship is dealt with.  Where a customer can be categorised as sophisticated and with a level of financial knowledge above the normal ‘run of the mill’ customer base, then the protection offered by section 140 may well be less.

Business Use and Regulated Agreements

In Wood v Capital Bridging Finance Ltd the Court of Appeal found that a money judgment obtained in relation to a loan facility had been granted in error on the basis that the loan was regulated under section 8(3) of the Act and could only be enforced by an enforcement order as it did not comply with the terms required by the Act.  The Court rejected the lender’s argument that the customer was estopped from denying that the loan was unregulated.

Mrs Wood was a 75 year old lady whose son-in-law persuaded her to apply for a bridging loan of £64,000 from Capital Bridging Finance to assist him in obtaining money for his business.  The facility was provided on the basis of security over Mrs Wood’s home.  Capital Bridging Finance provided loans that were unregulated under the Act on the basis of an exemption provided under section 16B of the Act (now repealed): an agreement will be exempt if the amount of credit exceeds £25,000 and it was entered into wholly or predominantly for the purposes of a business carried on, or intended to be carried on by the customer.  section 16(B)(2) creates a presumption to that effect if the relevant agreement contains a declaration to that effect, but the presumption can be disapplied if the creditor, or anyone acting on its behalf, knows or has reasonable cause to suspect that this was not the case.

The loan facility contained a declaration by Mrs Wood that she was entering into the loan agreement for the purposes of business carried on by herself, despite the real purpose of the loan.  Further, neither Mrs Wood, her son-in-law or the broker who arranged the loan finance with the lender hid the real purpose of the loan arrangement, so that although the declaration made was false, there was no deception.

The loan was subsequently drawn down and the monies provided by Mrs Wood to her son-in-law.   Inevitably, he did not make the necessary repayments, fled the country and left Mrs Wood to deal with matters.  Mortgage possession proceedings were subsequently issued against her.  Due to the mortgage deed having bee incorrectly executed, Capital Bridging Finance failed to obtain possession, and therefore resorted to a claim for money judgment to be enforced by Order for Sale proceedings instead.

A money judgment was granted against Mrs Wood, who appealed that decision, on the basis that the loan was a regulated agreement under section 8(3) of the Act, and since its form and content did not meet the Act’s prescribed requirements, the loan could only be enforced by an enforcement order under section 127 of the Act.  Capital Bridging Finance argued that Mrs Wood was estopped from denying that the facility was unregulated given the declaration that she had provided that the monies advanced would be used for the purpose of her business.

In allowing the appeal, the Court of Appeal rejected the lender’s argument and found that because it had known the truth of the transaction, it could not be said to have relied on Mrs Wood’s declaration.  Further, the Court found that Mrs Wood could not be estopped as a result of her declaration in the facility that the loan was to be unregulated.  Under section 173(1) of the Act, there is a prohibition against contracting out of the protection afforded by the Act, and the Court’s view was that contractual estoppel would fall foul of this provision.  As a result, whilst the facility was found to be regulated by the Act, permission was granted to the lender to apply for an enforcement order.

This case is a useful reminder that lenders must comply with all of the requirements of the Act in order to avoid findings of unenforceability.

In summary, the decisions are a useful tool for lenders.  Case law on the question of unfair relationships continues to develop, and judges appear more comfortable with getting to grips with what it means in practice.  It is clear that the unfair relationship test remains very broad and dependent on each customer relationship in question.  It is useful to remember that whilst case law of course sets guiding principles that can be applied generally, the individual facts and circumstances of each specific customer will also play an important role on what might, or might not, be regarded as unfair.  The broad brush application of law in this specific arena is not wholly appropriate.   So far as complying with the Act is concerned, it remains the fact that it is a technical piece of legislation and getting its content wrong can result in serious consequences.  Knowing the law and applying it correctly remains paramount. 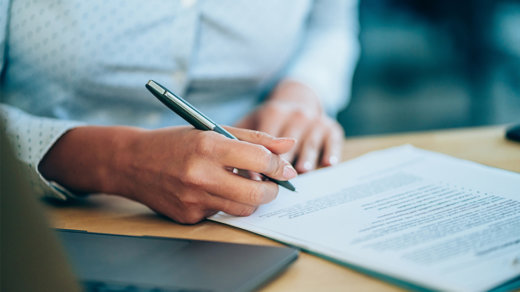 Pensions issues in a time of pandemic