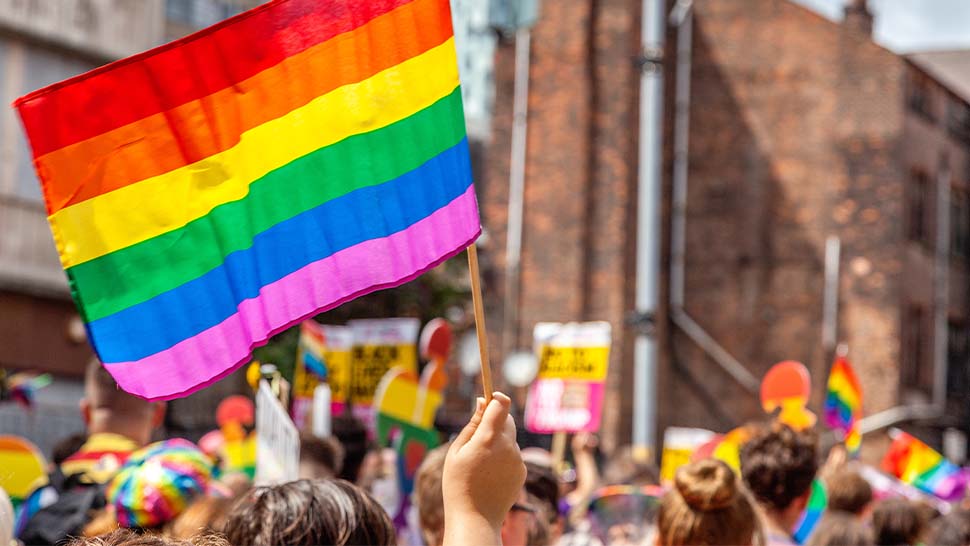 Many will recall the 2018 decision of the Supreme Court in Lee v Ashers Baking Company Ltd & Ors. It was a Northern Ireland case that dealt with issues of discrimination – specifically on the grounds of sexual orientation – and religious belief or political opinion contrary to the Equality Act (Sexual Orientation) Regulations (NI) 2006 and the Fair Employment and Treatment (NI) Order 1998 respectively. Notably, Northern Ireland remains the only part of the UK that affords protection against discrimination on the grounds of political opinion, under the 1998 Order.

Recently, this case has re-entered the headlines as the European Court of Human Rights dismissed the claimant’s application to reconsider the Supreme Court’s decision.

Mr Lee decided to bring a cake to this party, and asked Ashers Baking Company to prepare it. He wanted a cake with the QueerSpace logo and the headline ‘Support Gay Marriage’. Mr Lee had in the past ordered cakes from Ashers Baking several times but none with a similar message.

He was unaware that the owners of Ashers Baking, Mr and Mrs McArthur, were Christians with strong, immutable beliefs that the only acceptable form of marriage is one between a man and a woman. As such, the McArthurs decided that they could not, in good conscience, prepare the cake for Mr Lee. They explained this, informing him that they were a Christian business.

Subsequently, Mr Lee brought claims for discrimination on the grounds of sexual orientation and religious/political belief to the Northern Ireland County court. Mr Lee’s claims succeeded in the county court and also succeeded in the Court of Appeal when the McArthurs’ appeal was dismissed. Upon further appeal to the Supreme Court, however, the McArthurs’ appeal was allowed.

The bakers’ refusal to prepare the cake was not discrimination based on Mr Lee’s sexual orientation or political opinion. Under the 2006 Act, if person A discriminates against person B on grounds of sexual orientation, A treats B less favourably than he would other people.

The bakery did not refuse the order because of Mr Lee’s sexual orientation – as they would have acted in the same manner had the cake been ordered by a heterosexual man. The issue was with the cake itself – not the customer.

While it could be said the less favourable treatment had something to do with the sexual orientation of Mr Lee, the treatment was not on these grounds. There was found to be no evidence that their reason for not fulfilling Mr Lee’s order had anything to do with his personal sexual orientation. Rather, it was due to their religious beliefs and corresponding strong opposition to gay marriage. The message requested for the cake was clearly against their beliefs.

The Supreme Court also referred to the European Convention on Human Rights (ECHR), particularly article 10, which affords everyone the freedom to express their opinion. The Supreme Court said this was what the bakery was doing. Protection against discrimination on the ground of political opinion as under the Fair Employment and Treatment (NI) Order 1998, did not upon interpretation mandate the bakery to ‘supply a cake iced with a message with which they profoundly disagreed’.

Specifically, he relied on Article 8 – the right to respect for private life, Article 9 – freedom of thought, conscience and religion, Article 10 – freedom of expression and Article 14 – prohibition of discrimination.

On 6 January 2022, the European Court of Human Rights dismissed Mr Lee’s application to reconsider the Supreme Court’s judgment. Its reason: Mr Lee had not invoked his convention rights under domestic law, i.e.- in the UK courts – before seeking out EU law.

In reaching this conclusion, it was noted that the Human Rights Act 1998 gives litigants the right to invoke their convention rights directly before the domestic courts, and obliges those courts, as far as possible, to read and interpret both primary and subordinate legislation in a way which is compatible with those rights.

That being so, the court did not consider that Mr Lee had provided a satisfactory explanation for not advancing his convention rights. The application was therefore inadmissible because Mr Lee had failed to exhaust the domestic remedies available to him.

This is something of an anticlimactic end to an interesting and debate-provoking case, ultimately being decided on a legal technicality. However, cases like it are certain to arise again, so this will assuredly not be the end of the story.

There has historically been conflict between many major religions and the LGBT community. This was an interesting case where both parties relied on their opposing rights to justify their actions.

As an employer, having a policy that strictly prohibits discrimination and harassment on all grounds is the best action to take to mitigate the risk of related claims from employees. Nonetheless, in the event that there are issues with the conflicting views of employees, do approach cautiously and seek legal advice.

The dismissal of Mr Lee’s application by the European Court of Human Rights marks the end of an almost decade long controversial case that dealt with issues of ‘freedom of expression’ vs ‘equal rights’. Moving forward, the impact of this decision on future similar cases will be one to look out for.