how we can help
Why join HCR? +
About Us Our Values Life outside the office Our Professional Networks
Early Careers +
Routes into a legal career Paralegals career Training Contracts Vacation Schemes
Our Current Vacancies
Around The World +
LEI Network China India Netherlands Nordics USA
Home > Blogs > High value commercial contract? What to look out for

High value commercial contract? What to look out for 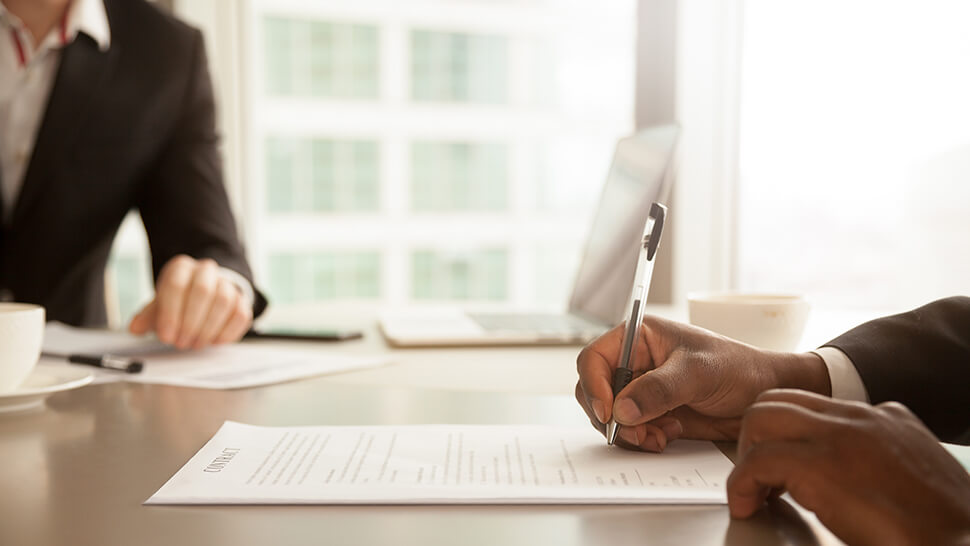 High value commercial contract? What to look out for.
If you have or are thinking of entering into a high value commercial contract, there are certain key provisions and clauses you would expect to see, regardless of your working relationship with the other business. Fundamentally, it comes down to the risk you are prepared to take as a business, but it is always worthwhile to ensure as a minimum that the following clauses are in your contract:

Exclusion of liability
If you are selling goods or services, you will want to ensure that you are liable for the least amount of occurrences and scenarios relating to your products and services as possible. Similarly, if you are purchasing, you will want to ensure that you have strong rights of recourse against the other party in the event that they fail any of their obligations under the contract. If a limitation of your liability under a particular contract is absent, action needs to be taken to rectify this before entering the contract.

Termination rights
How long is the contract for? Can either party terminate early? Does there have to be a reason to terminate? These are the questions you should be asking when reviewing a contract. Typically, if a contract is for a fixed term, you may only be able to terminate when a party fails its obligations under the contract. Such clauses are usually a hot topic for negotiation in a contact and the ability to exit a contract when there is a business need for such an action is vital to ensure business stability.

“Boilerplate” clauses
A boilerplate clause is a term applied to provisions of a contract that are often of a standard nature and do not relate to the substantive parts of the contract but are necessary to make it work and regulate the operation of the contract.

The following are good examples of boilerplate clauses you would expect to see in all commercial contracts:

Force majeure
This clause covers events outside the control of the parties, for example, natural disasters or the outbreak of hostilities. A force majeure clause will not make a defaulting party under the contract liable if a force majeure event prevents the party from performing its obligations. The concept should always be fully defined in a contract as it will not be assumed that the parties wish for such a clause to be included.

Governing law and jurisdiction clause
A governing law clause enables the parties to specify the system of law that will apply to the interpretation of an agreement and its effect if a dispute arises. If there is no express choice of governing law in an agreement, the manner in which a court will determine the applicable law may not always be certain.

Final thoughts
This is by no means an exhaustive list and will certainly not cover you across all of your contracts with various suppliers, customers and services providers to your business, although it will be a useful starting point when looking for key omissions in a proposed contract.