how we can help
Why join HCR? +
About Us Our Values Life outside the office Our Professional Networks
Early Careers +
Routes into a legal career Paralegals career Training Contracts Vacation Schemes
Our Current Vacancies
Around The World +
LEI Network China India Netherlands Nordics USA
Home > News > Cheltenham MP sees CSR in action at HCR 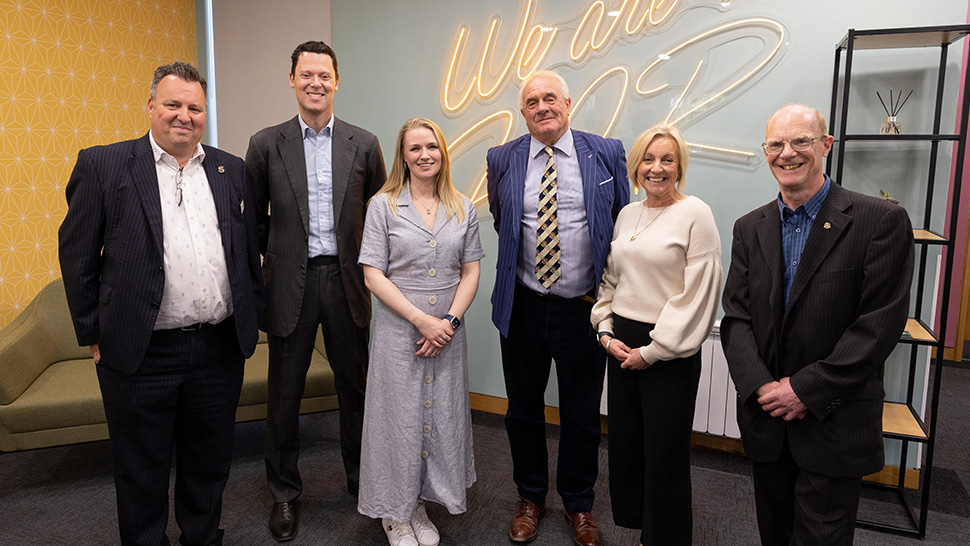 Staff had filled a meeting room with donations for the Gloucestershire-based National Star College, including books, CDs, toys and even a giant teddy bear, for distribution and sale in their charity shops. Mr Chalk and representatives from three charities spoke about the initiative and the MP was shown around the firm’s refurbished offices, stopping to talk to a number of staff about their work and their efforts for the charities.

This is the latest event in the programme – recently a team of volunteers helped to plant 200 saplings at the National Star College, a specialist further education college for people with disabilities.

The firm has also partnered with the Pied Piper Appeal in Gloucester, who improve the quality of life of sick children in Gloucestershire by working with care services within the county, and the Nelson Trust in Stroud, who support people to overcome addiction, providing hope and long-term recovery through residential care.

Joined by representatives from the charities and a number of the firm’s staff, the MP, who is also Solicitor General, said: “I want to pay tribute to you for giving up your time to do this. It fills me with great pride and admiration. I know that your donations will help worthy recipients.”

Kristine Scott, head of the Cheltenham office, said: “Making a concerted effort to give the gift of giving is something I’m very pleased we’ve been able to do, both as an office and as individuals. The act of coming together for others is something we’ve all got behind – well done to everyone involved.”

Andy Jarrett, fundraising and communications lead for The Nelson Trust, said: “Knowing HCR have given their time and expertise really makes a difference. I’m looking forward to working with you all and am delighted that you have chosen us as one of your charities to support as part of this initiative.”

The charity has just raised over £6,500 to support women suffering from domestic abuse with their Step For Freedom challenge, which asked fundraisers to walk, jog or run to raise money through April.

Roger Head OBE DL, chairman of the trustees for the Pied Piper Appeal, said: “HCR have made a wonderful contribution to the Pied Piper Appeal over many years. The money raised goes directly to the children. I would like to thank you for supporting us – we’re looking forward to many more years of collaboration with you.”

Andrew Stark, director of commercial activities at the National Star College, said: “I want to thank you for choosing us as one of your charity partners. Thank you so much for everything you’ve already collected for us. Your donations will make an enormous difference.”

Harrison Clark Rickerbys has more than 780 staff and partners based at offices in Cheltenham, Birmingham, Cambridge, Cardiff, Hereford, London, Milton Keynes, Northampton, Thames Valley, Worcester and the Wye Valley, providing a complete spectrum of legal services to both business and private clients regionally and nationwide.