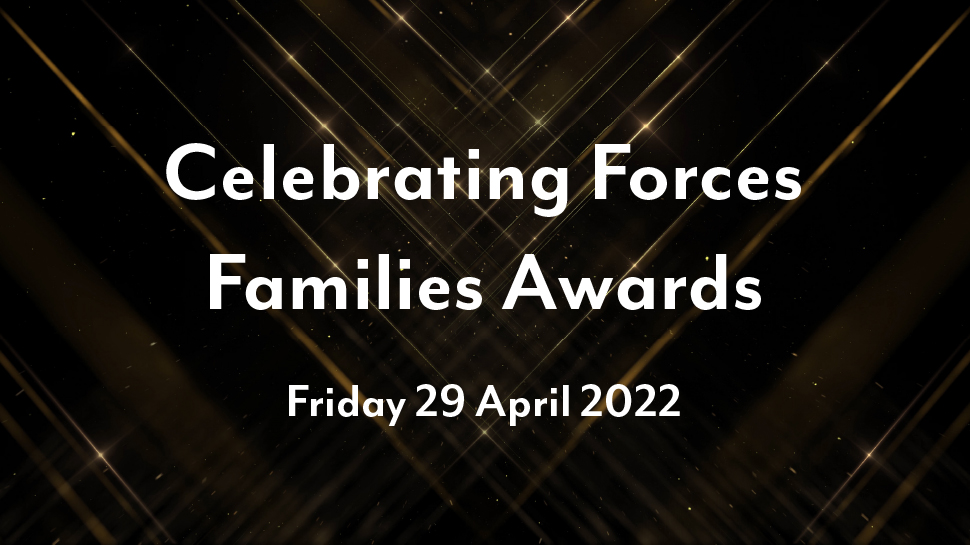 HCR are pleased to be sponsoring the Supporting Forces Families awards ceremony on 29 April. The event is the only one of its kind, recognising and celebrating the hard work, dedication and sacrifice by families of servicemen and women throughout the UK.

The ceremony will take place at the Victory Services Club in Tyburnia, West London, and will include a dinner and dance before the awards are given. The aim of the event is to acknowledge the amazing resilience shown by families and the unwavering, often unrecognised support they provide, without which our service men and women would be unable to do the difficult jobs they do. The award will also recognise their own achievements, including the projects undertaken in their local communities to raise awareness of and support for the armed forces.

A range of awards are being presented on the night. These include ‘Inspirational Family Member of The Year’ – for the person who has helped to inspire others through going the extra mile as a family member of the armed forces community, and the ‘Young People’s Award’ – for a child of a military family who has given time and energy for the benefit of the armed forces community.

The not-for-profit event is also being live streamed for the benefit of those serving overseas, and any profits at the end of the night will be divided between family-related military charities.

Richard Morgan, head of HCR’s defence, security and the forces sector, said: “Events like these are absolutely vital in highlighting that it is not only the dedication and sacrifices made by those serving in our armed forces – which mean that our armed forces are amongst the best in the world – but also the pivotal role played by their families. It’s great for us to be able to support these inaugural awards  on their mission to raise awareness of the fantastic work and incredible achievements of the whole armed forces community and to recognise the heroes who are often behind the scenes – forces families.”