how we can help
Why join HCR? +
About Us Our Values Life outside the office Our Professional Networks
Paralegals and Trainees +
Routes into a legal career Career Paralegals Training Contracts Vacation Schemes
Our Current Vacancies
Around The World +
China India Netherlands Nordics USA Elsewhere
Home > Blogs > Court of Appeal determines holiday calculation for “Part-Year Workers” In a judgment that has significant ramifications for schools, the Court of Appeal (CA) have determined the correct method of holiday calculation for permanent staff who only work for part of the year (part-year workers).

The decision in The Harpur Trust v Brazel confirms that it is incorrect to calculate holiday pay for part-year workers based on a multiplier of 12.07 %, ratifying the position taken by the Employment Appeal Tribunal (EAT) last year.

Mrs Brazel is employed by The Harpur Trust (the Trust) as a visiting music teacher.

She is employed under a permanent contract of employment. Her hours vary depending on pupil demand and she works term time only, typically 32 to 35 weeks a year. She is only paid for the work she carries out and is entitled to 5.6 weeks paid annual holiday, which is taken in the school holiday periods.

Calculating holiday entitlement and pay for staff working irregular hours is notoriously difficult. In accordance with ACAS guidance, the Trust made three equal payments to Mrs Brazel in respect of holiday at the end of each term. These payments were calculated based on Mrs Brazel’s earnings at the end of each term and the Trust paid her one-third of 12.07% of that figure.

The Working Time Regulations 1998 (WTR 1998) provide most workers, including those working part time, with a minimum right to 5.6 weeks’ paid annual leave. The WTR 1998 do not expressly provide for a part time worker’s holiday entitlement to be pro-rated. However, it is generally accepted that a week’s leave involves a worker being away from work for a week. So, a week’s leave for a full-time worker will be five days and for a part-time worker who works three days, a week will be three days.

The 12.07% multiplier equates to the 5.6 weeks’ holiday provided for under the WTR 1998 divided by 46.4 working weeks. Effectively, the use of this multiplier means that holiday is pro-rated for part-year workers, in comparison to a full time, year round worker.

Mrs Brazel argued that basing her holiday pay on the 12.07 % multiplier was incorrect. She argued that the correct calculation should have been based on her average hours over the previous 12 weeks worked prior to the holiday being taken, as per the WTR 1998. This calculation would have given her an increased entitlement to holiday.

The Trust argued that to pay Mrs Brazel based on the 12 week average would mean that she would get an unfair windfall. This is because the calculation would be based on the previous 12 weeks worked, rather than her work over the full year (where she would have periods of time where she would not be working at all).

In essence, the key issue in this case was whether the calculation of holiday entitlement or pay for a part-year worker should be pro-rated to that of a worker working year round.

The Employment Tribunal (ET) and EAT

Mrs Brazel made a claim to the ET for an unlawful deduction of wages due to the alleged underpayment of holiday pay.

Mrs Brazel initially lost the case at the ET. The ET found that paying Mrs Brazel using the 12 week method would result in her receiving around 17.5 % of annualised hours as holiday pay, which would be more than a comparable full time employee.

Mrs Brazel appealed this decision and the EAT disagreed with the ET finding, deciding that Mrs Brazel had been underpaid holiday pay.

The Trust appealed to the CA which has now upheld the EAT decision.

The CA, in reaching this decision, made it clear that it related specifically to permanent, part-year workers i.e. employees employed under a permanent contract, but who only work for part of the year, not those who work throughout the year but for only part of the week. Although not dealt with specifically, a pragmatic approach would be that the decision does not apply to part year workers who are paid on the basis of an annual salary that is based on a proportion of the full time equivalent. For example, a Teaching Assistant who works 0.5 FTE and is paid 0.5 FTE. This is because the school would not be calculating holiday pay based on 12.07%, the school are simply applying a pro-rata salary based on FTE. The decision is more likely to affect those part year workers with fluctuating and/or zero hours i.e. those that warrant a holiday pay calculation.

The CA determined that, in respect of part-year workers, there was no requirement to pro rate holiday entitlement or pay to that of full-year workers. The position under the WTR 1998, according to the CA, is straightforward. In order to calculate holiday pay for part-year workers it is simply a case of identifying a week’s pay in accordance with the Employment Rights Act 1996 (ERA 1996) and multiplying that figure by 5.6.

The ERA 1996 currently provides for a week’s pay to be calculated based on a 12 week reference period where a worker has no normal working hours, excluding any weeks in which no remuneration is paid. It is worth noting that this is being increased to 52 weeks with effect from 6th April 2020 – more on this below.

In reaching this decision, the CA acknowledged that this would result in Mrs Brazel (and other part-year workers) receiving holiday pay representing a higher proportion of her annual earnings than full-year workers. It did not consider that this was obviously unfair.

The Trust had argued that there would be even greater anomalies in respect of part-year workers who worked even smaller proportions of the year, for example a cricket coach or exam invigilator. It gave the example of a permanent employee who worked for only one week of the year, for which he or she earned £1,000, being then entitled to 5.6 weeks’ annual leave, for which they would receive £5,600. It was noted that many schools engage such workers on permanent contracts for administrative ease.

The CA acknowledged that not applying a pro rata reduction for part-year workers will produce odd results, accepting that this is simply a natural by-product of applying general rules to unusual cases.

Why is this decision significant for schools?

This decision has a significant impact on schools, given the number of staff who work irregular hours over part of the year, for example zero hours music teachers (who are employed), sports coaches and exam invigilators.

It is commonplace for schools to calculate holiday pay for such staff based on the 12.07% multiplier, as per the ACAS guidance.

The decision will also impact on other permanent, term time only workers who have their holiday pay calculated based on the 12.07% multiplier.

The CA decision confirms that this is not correct, giving scope for part-year workers to argue that they have been underpaid holiday pay and to pursue claims as a result.

What should schools do?

Although this decision does result in potential risk for schools, we would not recommend taking drastic action prior to carefully assessing the risk and taking appropriate advice.
It remains possible that the Trust will seek to appeal the decision to the Supreme Court and, as such, that the decision could be overturned. In the meantime, however, the CA decision is binding.

We would recommend that schools take the following practical steps:

1. Review current practices and assess how many staff, if any, potentially fall within the scope of this decision.

Schools should identify the number of staff they employ who work for part of the year on permanent contracts and who have their holiday pay calculated based on the 12.07% multiplier, or a variation of it to reflect enhanced holiday entitlements.

Staff who are paid in contravention of the CA decision will be entitled to pursue unlawful deduction from wages claims for the balance of any unpaid holiday pay. Such claims are currently limited by UK legislation to two years’ arrears for each member of staff.

In order to calculate the maximum potential liability schools would need to assess the difference in holiday pay paid, in comparison to what would have been paid based on the CA decision, over a backdated period of two years. It is, however, worth noting that this two year backstop could itself be open to challenge. Depending on the quantum and risk, it is likely that governors will need to be informed of the CA decision and any potential impact on school finances.

Once clear as to the potential backdated liability, schools should consider updating their existing arrangements to accord with the CA decision and crystallise the potential liability.

This means paying holiday based on the week’s pay calculation set out in the ERA 1996 and multiplying that figure by 5.6 weeks (or any contractual enhanced holiday entitlement).

This is a significant decision that will affect many schools. It is, however, important to note that it is only intended to apply to staff on permanent contracts, working for part of the year, who have their entitlement to holiday pay calculated by reference to the 12.07% multiplier.

Schools should undertake an audit of their existing arrangements to identify how many, if any, staff fall within this category.

Once that is clear, schools will need to consider updating their existing arrangements to reflect the CAs decision. As noted above, this means paying holiday based on the week’s pay calculation set out in the ERA 1996 which for those with no normal working hours, currently provides for a week’s pay to be calculated based on a 12 week reference period immediately preceding the period of leave. This pay reference period is, however, due to increase to 52 weeks from 6th April 2020. With this in mind, schools may decide to implement an adapted method of holiday pay calculation that is based on the workers average pay over the 52 weeks immediately prior to the holiday (excluding any weeks in which no remuneration is paid).

This will require careful consideration. In particular, it will be important to ensure that any updated arrangement is made clearly subject to future developments, given the possibility of the CA decision being appealed to the Supreme Court. Given the complexity of the law in this area, schools should seek legal advice prior to implementing any revised arrangements.

We are currently in the process of reviewing and updating the ISBA template zero hours worker and employee contracts to reflect this decision and will be providing further guidance for schools on managing the potential risk in due course. 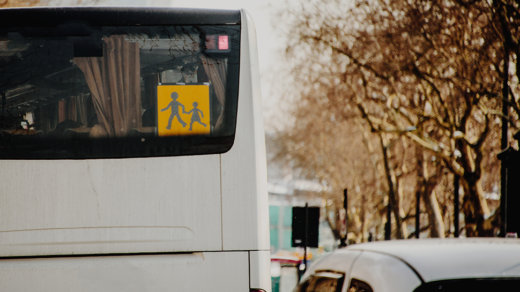 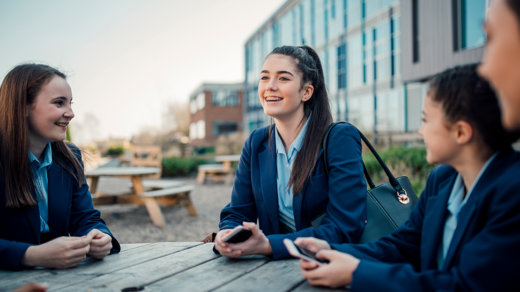 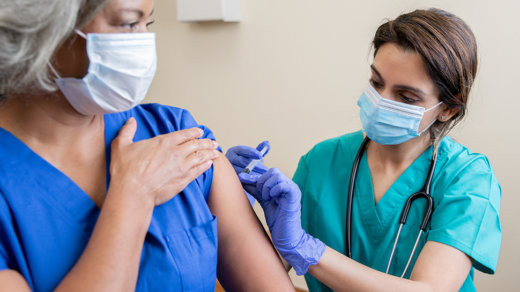 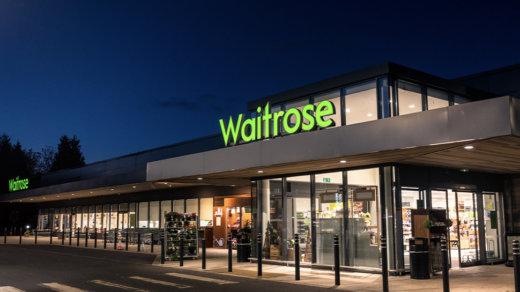 John Lewis job cuts – what does collective consultation mean for each side? 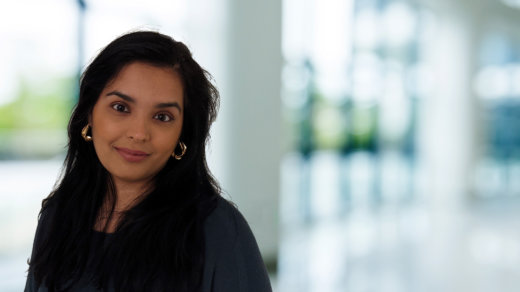 A day in the life – Raj Bhambra