how we can help
Why join HCR? +
About Us Our Values Life outside the office Our Professional Networks
Early Careers +
Routes into a legal career Career Paralegals Training Contracts Vacation Schemes
Our Current Vacancies
Around The World +
LEI Network China India Netherlands Nordics USA
Home > Blogs > Recent cases illustrate risks for IPs whose firms fund claims In February 2020 the Court of Appeal ruled that a litigation funder can be exposed to higher costs than those they advanced. This ruling will surely send shockwaves throughout the insolvency world, but particularly officeholders’ firms who fund claims in insolvent estates and who have recently been found to be regarded as commercial funders – therefore exposing themselves to uncapped costs orders.

On 7 November 2019, the High Court ordered the firm to pay a proportion of the defendant directors’ costs, with Zacaroli J stating that the firm was a “commercial funder” with an interest in the litigation. This was on the basis that the liquidator sought his appointment knowing that the potential claims against the directors were Burnden’s only asset and that succeeding in the claim was his only prospect of recovering his remuneration. It was also the only prospect of the firm receiving repayment of the amount advanced.

The judge considered two potential limits to the firm’s liability, the main one being whether its liability should be capped based on the principle in Arkin v Borchard Lines Ltd (Nos 2 & 3) [2005] (Arkin). Arkin held that a non-party to litigation who provides funding in a commercial capacity should be liable for the other side’s costs only to the same extent as it had funded the costs of the unsuccessful party – a principle which has become known as the Arkin cap. Whilst the Arkin cap can be dis-applied in appropriate cases, Zacaroli J held that it should apply in this instance having considered various factors including the reasonableness of the commercial arrangements between the firm and Burnden. The firm’s liability was capped to an amount equal to the amount they had funded.

The background to ChapelGate is that Ms Davey had entered into a funding agreement with ChapelGate to support her £10m claim against the administrators of Angel House Developments Limited (AHDL), a company in which she was director and shareholder, and in defence to proceeding brought against her by Dunbar Assets Plc, to whom she was indebted pursuant to a personal guarantee. The total funding commitment by ChapelGate was £2.5m, conditional upon the agreement of a costs budget, conclusions of CFAs and Ms Davey obtaining ATE insurance against any adverse costs order.

It was agreed that any money received by Ms Davey from the litigation would firstly repay ChapelGate’s funding, then pay its profit share and then pay all outstanding legal and expert fees with Ms Davey receiving the balance.

Ms Davey entered into CFAs with counsel and solicitors, Mishcon de Reya, but did not obtain ATE insurance. ChapelGate then sought to halve its funding commitment while keeping its profit entitlement. The funder took out its own ATE insurance.

Ms Davey lost at trial and Mr Justice Snowden ordered that she pays her opponents’ costs. ChapelGate was joined as a party to the proceedings. ChapelGate argued that the Arkin cap should apply and that their liability should be capped. However, they were ordered to pay costs on an indemnity basis without any cap. They appealed.

ChapelGate argued it was not for the court to seek to undo what has been settled since Arkin, and that departing from it would be wrong in principle and deter commercial funders. Lord Justice Newey noted that, in the current climate of litigation funding, a financier should be able to protect their position by ensuring the claimant has ATE cover, without having to rely on Arkin. He stressed that the previous approach of the Court of Appeal was not redundant, but should only be relevant where the facts of the case are closely comparable to Arkin.

Implications for IPs and their firms

Burnden established that officeholders’ firms who fund claims are commercial funders and ChapelGate established that judges can and will dis-apply the Arkin cap. Whilst in Burnden the firm’s costs were ultimately capped to the amount they funded, they were nonetheless still liable to pay a significant proportion of the defendant directors’ costs. However, had ChapelGate been decided before the Burden judgment, the outcome may have been entirely different.

Both cases highlight the potential risks involved in officeholders turning to their firms to provide funding for litigation. IPs should bear in mind that where their firms fund claims, their risk will not be limited to the funds advanced and they will be vulnerable to non-party costs orders. To this extent, they are in the same position as any other third party funder.

For the latest legal updates on how cases such as this impact on the insolvency world, join us for our ‘In for the Win’ event at the Museum of London on Wednesday, March 11; we will debate the latest law and trends, as well as hearing from former hostage negotiator Richard Mullender. If you have not done so already, please sign up at https://www.hcrlaw.com/event/restructuring-and-insolvency-conference/ 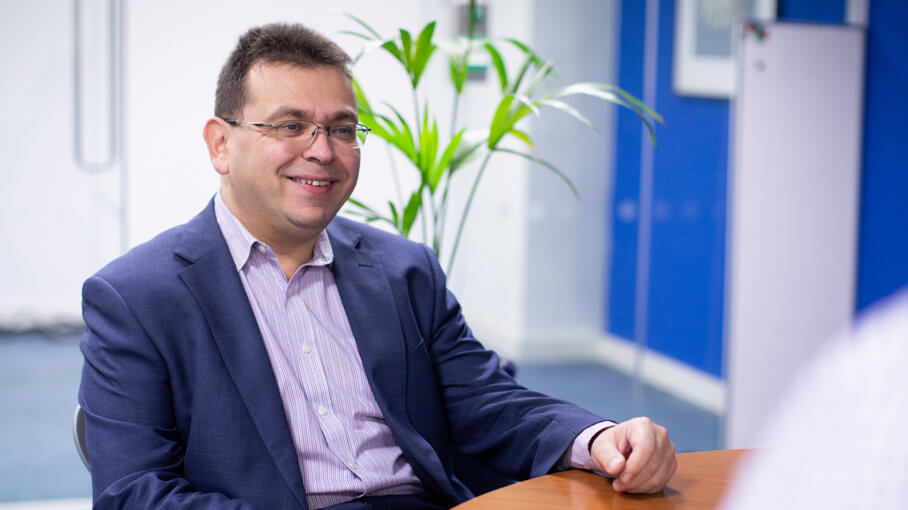 Daniel Sejas is a London solicitor, specialising in Restructuring and Insolvency.

Insolvency isn’t always ‘the end of the world’ This website uses cookies to improve your experience while you navigate through the website. Out of these cookies, the cookies that are categorized as necessary are stored on your browser as they are essential for the working of basic functionalities of the website. We also use third-party cookies that help us analyze and understand how you use this website. These cookies will be stored in your browser only with your consent. You also have the option to opt-out of these cookies. But opting out of some of these cookies may have an effect on your browsing experience. View our full privacy policy here.
Necessary Always Enabled
Necessary cookies are absolutely essential for the website to function properly. This category only includes cookies that ensures basic functionalities and security features of the website. These cookies do not store any personal information.
Functional
Functional cookies help to perform certain functionalities like sharing the content of the website on social media platforms, collect feedbacks, and other third-party features.
Performance
Performance cookies are used to understand and analyze the key performance indexes of the website which helps in delivering a better user experience for the visitors.
Analytics
Analytical cookies are used to understand how visitors interact with the website. These cookies help provide information on metrics the number of visitors, bounce rate, traffic source, etc.
Advertisement
Advertisement cookies are used to provide visitors with relevant ads and marketing campaigns. These cookies track visitors across websites and collect information to provide customized ads.
Others
Other uncategorized cookies are those that are being analyzed and have not been classified into a category as yet.
SAVE & ACCEPT
< Back
About Us +
Our Charitable Trust Our Events Our Professional Networks Price Transparency
Our Offices +
Birmingham Cambridge Cardiff Cheltenham Hereford London Milton Keynes Northampton Thames Valley Worcester Wye Valley
Our Resources +
Articles Events Library Media Centre Newsletter Archive Cyber GDPR Brexit Future Workspaces
Also From HCR Law +
Eagle HR Medical Accident Group Notarial Services Safe from harm Recent cases illustrate risks for IPs whose firms fund claims
< Back
Your Property Matters +
Buying or Selling a Property Planning, Highways and Environment Agricultural and Rural Land
Protecting Your Famiy +
Relationships and Family Law Entering a Relationship Leaving a Relationship Children Financial Issues
Protecting Your Future +
Private Client Making A Will Private Wealth and Family Offices Setting Up A Trust When Someone Dies Contesting A Will Older and Vulnerable Clients Notarial Services
Protecting You Now +
Clinical Negligence Personal Injury Personal Insolvency Directors’ Duties Senior Executives
Your Personal Journey
< Back