how we can help
Why join HCR? +
About Us Our Values Life outside the office Our Professional Networks
Early Careers +
Routes into a legal career Paralegals career Training Contracts Vacation Schemes
Our Current Vacancies
Around The World +
LEI Network China India Netherlands Nordics USA
Home > Blogs > Uber drivers judged to be workers by Court of Appeal

Uber drivers judged to be workers by Court of Appeal 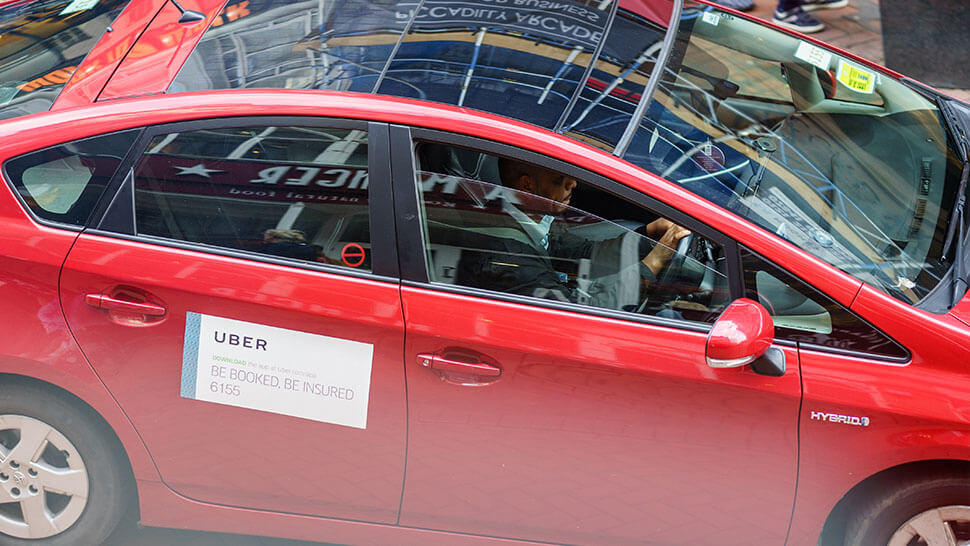 A majority decision in the Court of Appeal (CoA) has upheld the Employment Tribunal and Employment Appeal Tribunal (EAT) decisions that Uber drivers should be classified as ‘workers’, not independent self-employed contractors. Uber has been granted permission to appeal to the Supreme Court and has said that it will do so.

The classification would mean that drivers were entitled to employment rights such as paid holidays and the minimum wage. The drivers had argued that Uber offered passengers a driving service which the drivers performed for Uber – Uber argued that it provided only booking and payment services and that the drivers were independent contractors.

The judges found there was a “high degree of fiction” in the wording of the standard agreement between Uber and its drivers.

The judgment said: “For [Uber] to be stating to its statutory regulator that it is operating a private hire vehicle service in London and is a fit and proper person to do so, while at the same time arguing in this litigation that it is merely an affiliate of a Dutch-registered company which licenses tens of thousands of proprietors of small businesses to use its software, contributes to the air of contrivance and artificiality which pervades Uber’s case.”

The majority of the CoA emphasised that Uber had a high degree of control over the way the driver must perform, indicating that they were workers. But Lord Justice Underhill compared the relationship between Uber and its drivers with the traditional private hire car business model, under which drivers are generally considered self-employed.

In terms of when drivers are judged to be working, again the majority of the CoA agreed that drivers are under a positive obligation to be available for work while the app is on, so that they were regarded as working whenever they were in London, had the Uber app switched on and were ready and willing to accept trips.

Lord Justice Underhill disagreed on this point too – his view was that drivers should only be treated as working from the moment that they accepted a particular trip.

Stewart Wright, Harrison Clark Rickerbys’ taxi licensing expert, said: “It is interesting that this was a majority decision and this suggests that there are still arguments to be had in the case. The outcome of the case on appeal to the Supreme Court is by no means certain and any such decision will be of significant importance for the private hire and taxi trade”.