how we can help
Why join HCR? +
About Us Our Values Life outside the office Our Professional Networks
Early Careers +
Routes into a legal career Paralegals career Training Contracts Vacation Schemes
Our Current Vacancies
Around The World +
LEI Network China India Netherlands Nordics USA
Home > News > CLA Three Counties Big Breakfast hears how the countryside matters 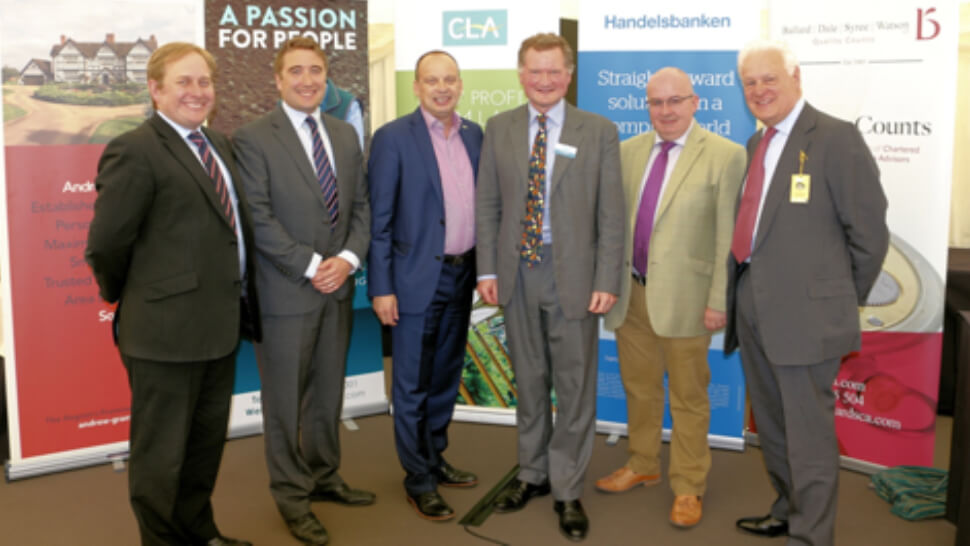 The CLA held its annual Big Breakfast on the opening day of the Royal Three Counties Show on Friday, 16 June with over 250 people enjoying a full English breakfast featuring local produce and a thought-provoking presentation from guest speaker Waitrose Agricultural Manager Duncan Sinclair.

Duncan has helped pioneer many farming initiatives in the retail food sector, and treated guests to an insider’s view of how the industry needs to adapt in order to prosper in a changing environment.

Mr Sinclair said: “We have a tried and tested approach that has worked through challenges we have faced in the past. Our focus now must be on building resilience into our supply base, so those trusted suppliers are in a better position to face up to the challenges they may face in a post Brexit world. Doing the right thing is not always easy; but it is always right!”

CLA President Ross Murray then paid tribute to the innovative solutions developed by British farmers to ensure they face the future with optimism, but stressed that the British Countryside – which he described as the eighth wonder of the world – would need continued support and investment.  He called for all who believe in a living, working countryside to support the CLA’s ‘The Countryside Matters’ campaign.

Ballard Dale Syree Watson Partner Ben Allman said:  “We are delighted to sponsor such a well-attended and professionally run event. It was excellent to hear the thoughts of agricultural professionals especially considering the potentially uncertain short term future”

Handelsbanken Worcester Branch Manager Philip Dutton said: ‘The Big Breakfast has become the event for the Agricultural Community in the Three Counties. Handelsbanken is delighted to support it.’

Andrew Grant said: “We are delighted to support this increasingly important event and the CLA, which acts as a guardian to the countryside, lobbies to protect the countryside and environment and supports rural businesses to the benefit of its members.”

Aled Owen, Agricultural regulatory partner with Harrison Clark Rickerbys, who made the opening remarks, said: “Although the next two years’ will hold uncertainties, we do know that our farmers are already gearing themselves up for a very different range of markets and opportunities. It has been informative to hear the view of the produce retailer as well as that of the CLA themselves.’

Further information on The Countryside Matters campaign can be found at www.thecountrysidematters.org

After the breakfast, the CLA President met with Michael Gove MP on his first official visit as Secretary of State for Environment, Food and Rural Affairs.