how we can help
Why join HCR? +
About Us Our Values Life outside the office Our Professional Networks
Early Careers +
Routes into a legal career Career Paralegals Training Contracts Vacation Schemes
Our Current Vacancies
Around The World +
LEI Network China India Netherlands Nordics USA
Home > Blogs > Could Brexit be a force majeure event?

Could Brexit be a force majeure event? 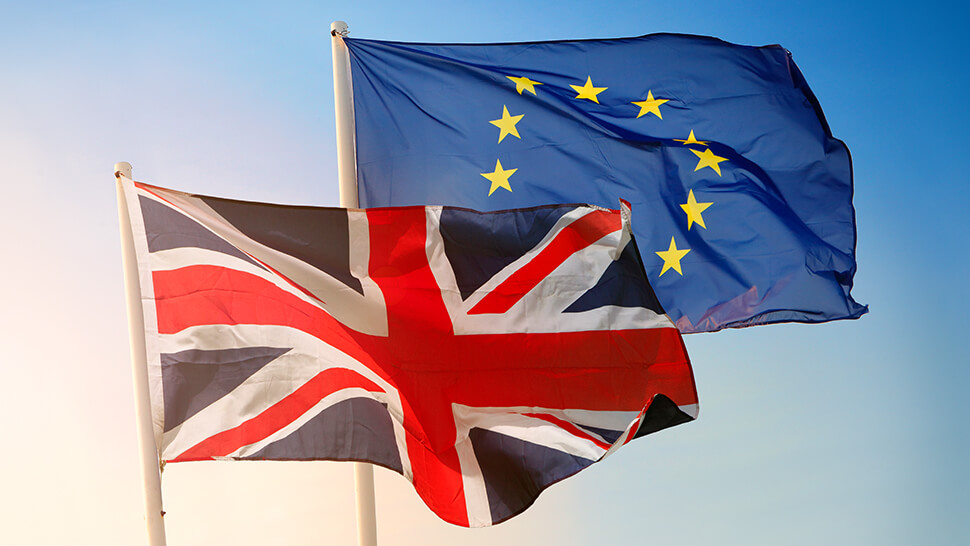 Uncertainty surrounding Brexit has made contractual rights and obligations increasingly complex – for instance, being bound to a contract when the framework of the contract is significantly altered can be disastrous for business. One area of concern – Brexit and force majeure clauses – has become prominent with the recent dispute surrounding the European Medicines Agency’s (EMA) London lease.

A force majeure clause is often incorporated into a contract to allow one or both parties relief from performing their contractual obligations if something occurs which is out of their control and renders the contract impossible to perform. So could Brexit be considered a force majeure event?

Courts in England and Wales will consider the clause’s scope and the facts of the case, then look at whether the contractual obligations could have been met if the event had not occurred. If the obligation could not have been met for several reasons, Brexit (in this case) being just one or the least significant of those, the court is unlikely to find in favour of the party seeking to rely on a force majeure clause.

It is important to note that the court will not consider loss of profits, increase in expenses or other such anticipated Brexit consequences as qualifying events – more expensive does not equate to impossible.

In the EMA dispute, the EMA lease at Canary Wharf did not contain a break clause. When the referendum made Brexit a reality, the EMA announced plans to relocate from London to Amsterdam. However, it had some 20 years remaining on its current tenancy.

Arguably, the consequences of Brexit do not impact on the EMA’s contractual obligation to continue as a tenant under their contract or to sub-let the property, although it plainly may have significant impact on their ability to conduct their day to day business. The EMA could argue that Brexit radically alters the contract in a way that could not have been foreseen when the contract was originally signed. The dispute is likely to be determined by the Court in May.

Increasingly the legal sector has turned to Brexit clauses, outlining a Brexit-related trigger which will alter the rights and obligations of the parties on the occurrence of the specified event.

The use of such a clause could offer protection mitigating against some of the uncertainties of Brexit, particularly where businesses rely upon movement of goods or supply of commodities within the EU at a particular cost or subject to particular laws. Careful drafting is required to ensure that the clause takes effect on the triggering event as opposed to when the UK finally departs from the EU.

Our advice is to revisit current contracts through the lens of Brexit to ensure that they are robust, specific to Brexit and contain adequate protection to ensure that, if litigation arises, you and your business are prepared. In the current climate of uncertainty, it is likely that the court will rely on the specific wording of the contract and the facts of the case to decide whether or not Brexit can qualify as a force majeure event.

Crucially, remember that force majeure clauses can offer the other party relief from their obligations to you without liability – so it is important to consider the consequences for your business should this occur. If force majeure cannot offer relief, consider the common law doctrine of frustration or material adverse change clauses which may apply.

For further information contact Richard Morgan, Head of Dispute Resolution at [email protected] or on 07890 304469.

This website uses cookies to improve your experience while you navigate through the website. Out of these cookies, the cookies that are categorized as necessary are stored on your browser as they are essential for the working of basic functionalities of the website. We also use third-party cookies that help us analyze and understand how you use this website. These cookies will be stored in your browser only with your consent. You also have the option to opt-out of these cookies. But opting out of some of these cookies may have an effect on your browsing experience. View our full privacy policy here.
Necessary Always Enabled
Necessary cookies are absolutely essential for the website to function properly. This category only includes cookies that ensures basic functionalities and security features of the website. These cookies do not store any personal information.
Functional
Functional cookies help to perform certain functionalities like sharing the content of the website on social media platforms, collect feedbacks, and other third-party features.
Performance
Performance cookies are used to understand and analyze the key performance indexes of the website which helps in delivering a better user experience for the visitors.
Analytics
Analytical cookies are used to understand how visitors interact with the website. These cookies help provide information on metrics the number of visitors, bounce rate, traffic source, etc.
Advertisement
Advertisement cookies are used to provide visitors with relevant ads and marketing campaigns. These cookies track visitors across websites and collect information to provide customized ads.
Others
Other uncategorized cookies are those that are being analyzed and have not been classified into a category as yet.
SAVE & ACCEPT
< Back
About Us +
Our Charitable Trust Our Events Our Professional Networks Price Transparency
Our Offices +
Birmingham Cambridge Cardiff Cheltenham Hereford London Milton Keynes Northampton Thames Valley Worcester Wye Valley
Our Resources +
Articles Events Library Media Centre Newsletter Archive Cyber GDPR Brexit Future Workspaces
Also From HCR Law +
Eagle HR Medical Accident Group Notarial Services Safe from harm Could Brexit be a force majeure event?
< Back
Your Property Matters +
Buying or Selling a Property Planning, Highways and Environment Agricultural and Rural Land
Protecting Your Famiy +
Relationships and Family Law Entering a Relationship Leaving a Relationship Children Financial Issues
Protecting Your Future +
Private Client Making A Will Private Wealth and Family Offices Setting Up A Trust When Someone Dies Contesting A Will Older and Vulnerable Clients Notarial Services
Protecting You Now +
Clinical Negligence Personal Injury Personal Insolvency Directors’ Duties Senior Executives
Your Personal Journey
< Back