how we can help
Why join HCR? +
About Us Our Values Life outside the office Our Professional Networks
Early Careers +
Routes into a legal career Paralegals career Training Contracts Vacation Schemes
Our Current Vacancies
Around The World +
LEI Network China India Netherlands Nordics USA
Home > Blogs > Reality check! Real legal problems in the virtual world 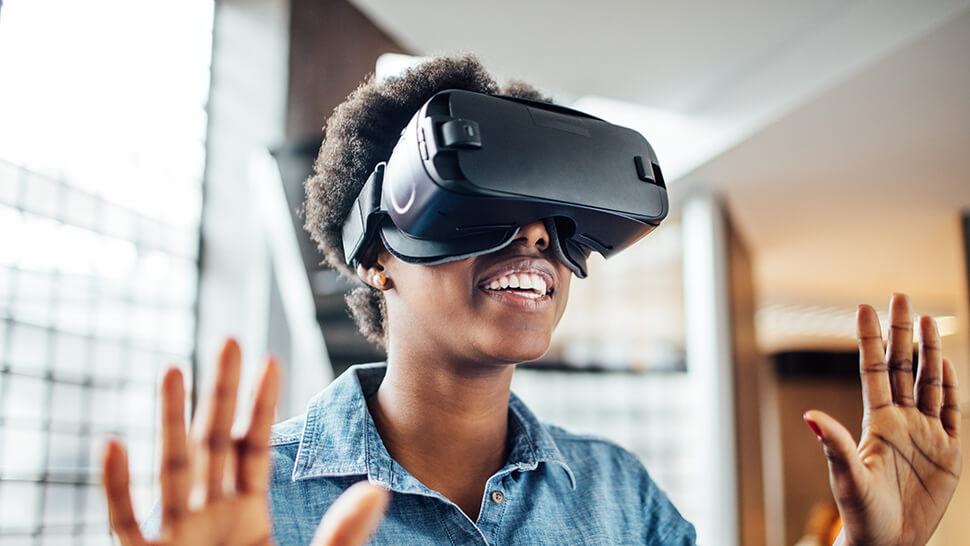 With the conclusion of E3, the biggest event in the gaming industry calendar, we now have time to consider the technology that has once again dominated the week-long expo – Virtual Reality (VR).

Although the technology is still relatively in its infancy, gaming giants and creators of the Elder Scrolls series Bethesda have taken two of their biggest AAA rated titles and adapted them to VR, which is another innovation. In light of yet another movement towards VR in the game industry and the ever increasing uses of VR in other sectors, from retail to property, we offer you a brief showcase of some of the main legal issues shaping VR’s future.

Expect a whole lot of warning stickers and disclaimers, as the lawyers of VR companies will go overboard in an attempt to limit claims as much as legally possible. It is predicted that, in light of the claims spree against Nintendo when the Wii ruled our living rooms, we can anticipate many more linked to the sight-obscuring VR headsets.

Historically businesses have sought to limit their liability of content created by the user and have done this by refraining from actively moderating the content created, using a strong term of use policy and establishing a user complaints and takedown policy. However, given the more sensitive experience of VR and the increased potential for harm, users and parents may well try to hold VR companies accountable.

Several virtual world games allow users to lease virtual land to other players, on which they can build and sell virtual property, items and services in game. This raises the question of whether ownership of goods in a virtual world should be treated the same as in the real world. Currently virtual goods are a licensed service provided by a VR publisher and governed by an End User Licence Agreement, but this could all change.

If legal systems conclude that VR content should be afforded similar status to real world property, this will have earth-shaking effects on the technology industry and in particular the gaming sector. This judgement would also give rise to the questions such as what will happen on occasions when the user is unable to access the VR content he owns? Will the user be able to download his property?

Although we have legislation covering issues like cyber bullying, we don’t currently have any legislation which spells out whether crimes can be committed in VR. There have been a number of cases of theft, including one involving the theft of virtual currency. In this case, an individual hacked into publisher Zynga’s social games platform and transferred £184,000 worth of virtual poker chips into his account. In this case, the court was quick to issue a custodial sentence, but applying current rules to VR is unlikely to be that straightforward.

Producers of VR content, games, software and the devices themselves will primarily look to protect themselves via a number of different intellectual property rights. Hardware developers use patents and design rights to prevent copying. Software developers use copyright and trade marks to protect their branding and commercial interests and to discourage would-be infringers.

Will VR affect your reality?

The range of issues for both VR companies and VR users is considerable – more than we can cover here – from liability for personal injury to copyright in the software’s code. We’ll be looking at some of the other big legal challenges brought about by VR (and Augmented Reality) over the next few months. As the technology matures and prices fall, we expect VR to become a much bigger part of our daily lives. Although the law around VR might not apply to you now, it might do in the near future.