how we can help
Why join HCR? +
About Us Our Values Life outside the office Our Professional Networks
Early Careers +
Routes into a legal career Paralegals career Training Contracts Vacation Schemes
Our Current Vacancies
Around The World +
LEI Network China India Netherlands Nordics USA
Home > Blogs > Employment Status of Volunteers and Case Study 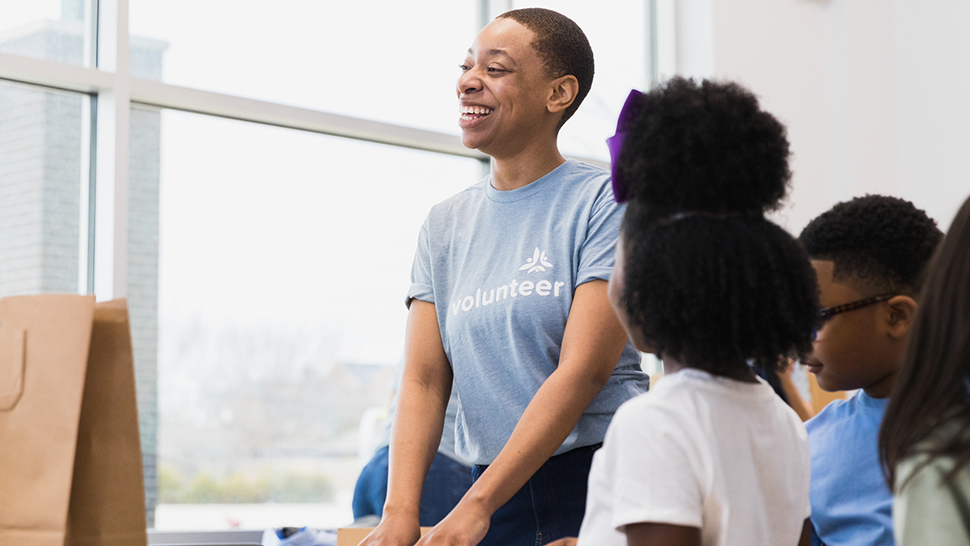 Volunteers can perform a valuable role within schools, offering flexible support that is not motivated by financial reward. Individuals may carry out voluntary work for a variety of reasons – sometimes it will be a ‘one off’ arrangement but it can also be regular.

This note considers the employment status of volunteers (and their associated rights and protections) and explores a case study which demonstrates the legal risks associated with failing to ensure an individual is genuinely engaged as a ‘volunteer’.

Who is a ‘volunteer’?

There is no legal definition of a ‘volunteer’ and no specific legislation covering employer-volunteer relationships. However, in general terms, a volunteer is usually considered to be an individual who, of their own free will, gives their time to support an organisation free of charge and with no expectation of remuneration.

The extent of the rights and protections that volunteers may acquire is dependent on their legal status, meaning whether they are an ’employee’, a ‘worker’ or a genuine volunteer. In particular:

How is employment status determined?

Employment status is determined according to factors such as the level of control that the employer has over the way the individual carries out their activities; the requirement that the individual carry out work themselves and not send a substitute (known as ‘personal service’); a mutual obligation for the employer to provide work and the individual to accept that work, and other factors pointing towards an employment relationship, such as financial dependence, exclusivity of the arrangement and payment during holiday or sickness absence.

Worker status is increasingly afforded to individuals providing personal services due to the simplicity of the statutory test. The statutory definition of worker has three key elements:

Whether a volunteer is an ’employee’ or a ‘worker’ will therefore depend on these factors but the question of employment status is not easily defined, and the label given to an individual will not be determinative. Labelling an individual as a ‘volunteer’ will not prevent them from acquiring ‘employee’ or ‘worker’ status if the necessary components of ‘employee’ or ‘worker’ status are established. Instead, an Employment Tribunal will look at both the contractual documents, as well as the arrangements in practice, in order to form an assessment as to where an individual sits in terms of employment status. This is known as a ‘purposive approach’ which seeks to establish the parties’ ‘true intention’. As such, the employment status of volunteers is not clear cut and will often turn on the individual circumstances.

What can schools pay volunteers?

Schools can reimburse volunteers for reasonable expenses actually incurred (or likely to be incurred).

Where there are payments (other than reasonable expenses) or ‘benefits in kind’, a volunteer will be considered a ‘worker’ who is entitled to be paid, at least, the NMW. The definition of ‘worker’ for the purpose of the legislation is broad. HMRC advises in its ‘National Minimum Wage Manual’ (which can be located here) that, for NMW purposes, a genuine volunteer will typically:

HMRC guidance also states that a one-off gift or reward of a reasonable amount which was unexpected is unlikely to establish NMW entitlement, but regular gifts and rewards should be avoided.

HMRC’s charity volunteers’ guidance states that training is not a ‘benefit in kind’ if:

However, training outside of this scope may well be considered a benefit in kind for NMW purposes.

What are the consequences of non-payment of the NMW?

Failing to pay the NMW can be serious (i.e. schools could be required to pay backdated pay and could face criminal charges if found to have wilfully neglected to pay the NMW). Schools could also be ‘named and shamed’ as part of the NMW Naming Scheme.

How can schools reduce the risk of volunteers acquiring employment rights?

Schools need to be pro-active in considering the arrangements they have in place with volunteers, as the line between a genuine volunteer and an individual who is an ‘employee’ or a ‘worker’ can be complex and easily blurred.

There are several steps that schools can take to reduce the risk of volunteers acquiring employment rights. For example:

‘Your school has received an unusual request from a newly recruited teacher to, effectively, perform the role as a volunteer and not receive any renumeration for his services. The individual would like the arrangement to remain confidential, such that he is viewed by his peers as a normal member of teaching staff. He would be happy, if the school wishes, for the school to make a donation to its charitable foundation to reflect the salary costs it is saving.

What are the risks associated with engaging the teacher as a ‘volunteer’?’

In summary, engaging the teacher as a volunteer would result in your school taking on a considerable degree of risk from a legal perspective, particularly with regard to employment status and the associated rights and protections, and from a NMW perspective.

Even if the teacher were willing to be treated as a ‘volunteer’ rather than a “a normal member of teaching staff” and you could distinguish certain elements of his role in this way, there would still be a degree of risk, at least from a ‘worker’ perspective meaning that he would be entitled to the statutory rights afforded to workers, in particular holiday pay and the NMW.

Based on the factors set out above and the reality of the relationship, for employment law purposes, the teacher is unlikely to be deemed a genuine volunteer and, instead, classed as an employee or ‘worker’ who is entitled to the associated rights and protections.

To a certain extent, the risk of an employment status challenge depends upon the teacher taking steps to challenge the nature of the working relationship. Whilst this may seem unlikely given that the individual has, effectively, asked to be engaged as a volunteer, you should bear in mind that circumstances can change over time. Often such claims will arise in the context of some other dispute. As such, if the teacher were to become disgruntled, there is a risk that he could seek to challenge his employment status in an Employment Tribunal.

‘How should the school respond to the request?’

To mitigate the risks outlined above, it is advisable to engage the teacher in the usual way (i.e. as an employee under a contract of employment) and pay him accordingly. Should the teacher then wish to donate his earnings to the school’s charitable foundation, he is free to do so. Whilst this will come at a cost to the school and have tax implications for both parties, from the school’s perspective, it is the safest option. That said, we understand that by using Payroll Giving to make charitable donations, there are certain tax advantages. Further details on the Scheme are available here and can be explored with the school’s auditors / accountants. You should also avoid reaching any contractual agreement with the individual in respect of any charitable donations.

If schools have any specific queries in relation to the employment status of volunteers, they should get in touch.