how we can help
Why join HCR? +
About Us Our Values Life outside the office Our Professional Networks
Early Careers +
Routes into a legal career Paralegals career Training Contracts Vacation Schemes
Our Current Vacancies
Around The World +
LEI Network China India Netherlands Nordics USA
Home > Blogs > With a little help from your grandparents…

With a little help from your grandparents… The average annual cost of private school fees in 2018 in England and Wales was assessed by the Independent Schools Council to be £13,830 for day pupils and more than double that for boarders. It’s not surprising that many parents who feel that a private education is the only option for their children are turning to their own parents for help in meeting those costs.

There are a number of financial considerations in terms of estate planning, however, that need to be considered. Private school fees paid by parents for the education of their own children are generally exempt from any inheritance tax consequences, but the same does not apply to provision made to fees paid by grandparents. These will be regarded as a gift to their grandchild for tax purposes even if made directly to the grandchild’s school. Careful consideration needs to be given therefore as to how grandparents who are paying their grandchildren’s school fees can do so in a tax efficient way.

It is well known, of course, that gifts made to individuals are not immediately liable to an inheritance tax charge but they may become liable retrospectively if the person making the gift dies within seven years. There are exceptions to this, where the gift falls within certain exemptions. These include the annual gift exemption of £3,000 which everyone can give away each year without a further risk of any inheritance tax liabilities. The exemption can be carried forward one year if previously unused.

This means that two grandparents using their exemptions for the first time can gift £12,000 between them initially and £6,000 in each subsequent year. A further useful exemption for grandparents relates to surplus income. If income exceeds outgoings, then regular gifts can be made out of that surplus without any charge to inheritance tax. This can be a useful exemption for well-off grandparents with significant ‘old style’ final salary pensions. It’s very important, however, to keep an accurate record of the gifts made and the calculations showing the surplus income. These have to be produced to HMRC after grandparents have died and increasingly HMRC are applying the rules more strictly to ensure that the relief is not abused.

What happens, however, if grandparents do not have surplus income to “pay as you go” on a yearly basis? As in all areas of life, it can pay to plan early and to start putting aside funds as soon as grandchildren are born. This may involve regular gifts to the parents within the exemptions already mentioned or a larger lump sum given in the hope of surviving for seven years. This does pose a risk if parents divorce in the meantime or are perhaps tempted to dip in to the funds for other needs such as moving house or expensive holidays.

A better approach may be to create a trust for the grandchildren concerned. There are different types of trust that can be set up, some more complicated than others. The tax treatment of various types of trusts can also be complicated and it’s important to take proper financial advice about the investment of the money in the meantime so that best use can be made of the children’s own income and Capital Gains Tax allowances, taking the pressure off the financial performance of the investments. In all cases when setting up a trust, it’s extremely important to take proper legal and financial advice. Getting it wrong can be costly.

Finally, once the school has been identified, it is worth considering approaching them to make a lump sum payment directly to the school to cover several years’ fees in advance. This can allow for discounts to be negotiated with the school although recently, in times of low interest rates, these have been less than attractive.

However, for grandparents with concerns about their own inheritance tax liability which will eventually be charged on their estates, and also a desire to help with their grandchildren’s education costs, there is a clear opportunity to address both issues together and we are increasingly advising clients who are keen to help the next generation sooner rather than later. 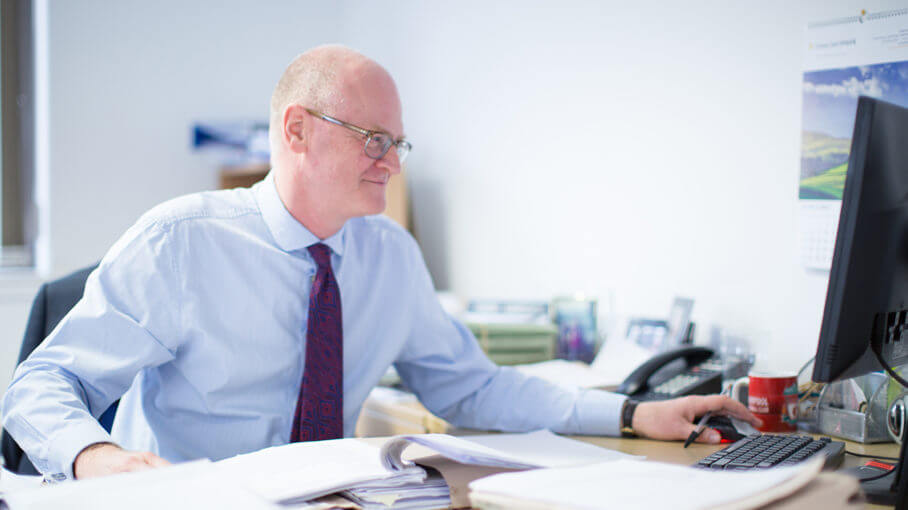 Mark Hartley is a Cheltenham solicitor, specialising in wills,trusts and estates.