how we can help
Why join HCR? +
About Us Our Values Life outside the office Our Professional Networks
Early Careers +
Routes into a legal career Paralegals career Training Contracts Vacation Schemes
Our Current Vacancies
Around The World +
LEI Network China India Netherlands Nordics USA
Home > Blogs > Calculating deductions from salary in response to strike action: Supreme Court provides clarification 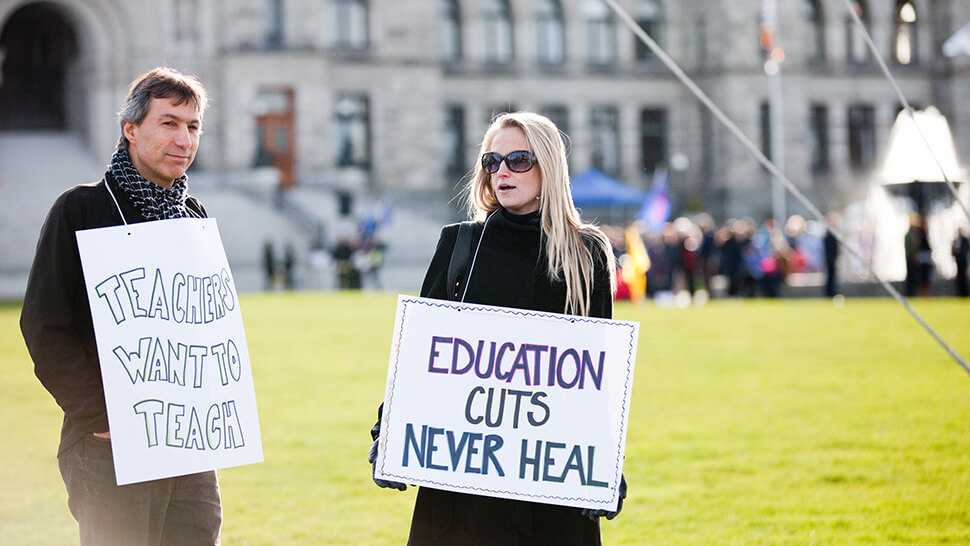 In a case of particular relevance when making deductions and apportionments of salary, the Supreme Court has held that a college was wrong to deduct 1/260th of annual salary, rather than 1/365, in respect of striking teachers.

The calculation of a day’s pay comes into focus when employers either need to make payments to staff in lieu of days owed, or make deductions from their pay for periods of unpaid leave. When an employee goes on strike an employer does not generally have to pay them during periods when they are not working. In such circumstances, the question arises as to at what rate their pay should be reduced.

In Hartley v King Edward VI College the Claimants, three teachers, went on strike for a day.  The College deducted an amount equivalent to 1/260th of the teachers’ annual salary. They based this calculation on the fact that the teachers’ working days were Monday to Friday, and excluded weekends and holidays.

The Claimants argued that the College had applied the wrong calculation and that, as their salary accrued day to day, at an equal daily rate, the deduction should have been based on a rate of 1/365th.

The County Court held that the correct deduction was 1/260th (having been bound by a previous decision of the High Court). The Claimants’ appeal to the Court of Appeal was dismissed and there followed an appeal to the Supreme Court.

Decision of the Supreme Court

Overturning the Court of Appeal’s decision, the Supreme Court held that, unless contracts of employment specifically provide otherwise, any deduction of pay in respect of strike action must be at a rate of 1/365th of annual pay, not 1/260th.

In reaching this decision the Court considered carefully the wording of the Apportionment Act which provides for payments of salary to accrue on a daily basis. They were influenced by the fact that the Claimants were working on permanent annual contracts and that their work was not limited to Monday to Friday. As such, they felt that it didn’t make sense to calculate pay based on 1/260th.

It is worth noting that this was a fact-specific decision. It was highly relevant that the Claimants worked on permanent contracts and were expected to work outside their contracted hours.

The decision means that, unless expressly stipulated otherwise in an employee’s contract of employment, a deduction in pay resulting from a day’s lawful strike action must be calculated at a rate of 1/365th of annual salary. This principle may well apply to other scenarios in which deductions or apportionments of salary are necessary – for example, in respect of periods of unpaid leave.

Employers should take steps to ensure that, if they wish to apply any rate other than 1/365th, this is specifically provided for in contracts of employment.