how we can help
Why join HCR? +
About Us Our Values Life outside the office Our Professional Networks
Early Careers +
Routes into a legal career Paralegals career Training Contracts Vacation Schemes
Our Current Vacancies
Around The World +
LEI Network China India Netherlands Nordics USA
Home > Blogs > When is a courier a ‘worker’?

When is a courier a ‘worker’? The last few years have seen the rise of the ‘gig economy’, where individuals are engaged in flexible, ad hoc work, often in areas like delivery or driving. This has seen increased focus on the legal status of workers. Workers are not full-blown employees, but enjoy some basic protections in areas such as holiday, minimum wage and discrimination.

Employers often assume that, if there is a right for the individual to provide a substitute to perform their tasks, that person must be a self-employed contractor rather than a worker. The case of Stuart Delivery v Warren Augustine is a reminder that is not automatic.

How does the law define a worker?

A worker is someone who:

“undertakes to do, or perform personally, any work or services for another party to the contract whose status is not by virtue of the contract that of a client or customer of any profession or business undertaking carried on by the individual.”

How did that affect these two parties?

Mr Augustine was a delivery courier for Stuart Delivery Limited (SDL). They operated an online system where couriers signed up for three-hour delivery slots in set geographic zones, during which time they had to stay in the zone (unless a delivery took them outside it) and remain fully available. In return, the couriers were guaranteed an hourly rate during the slot.

Once a driver had signed up for a slot, they could re-release it back into the pool but remained liable for the slot unless someone else picked it up. If a driver released too many slots without someone else covering them, sanctions could follow.

Couriers wanting to work for SDL had to have an interview and be subject to background checks, after which they were added to the system and could sign up for slots. However, they were completely free to work for other courier companies outside those slots, and many drivers did so.

Is he a worker?

The tribunal decided that there was no full right of substitution – Mr Augustine could not provide a substitute of his own choosing. If Mr Augustine did not want to work a shift he had signed up for, all he could do was release it back into the pool and hope that another of the SDL registered couriers picked it up.

SDL appealed to the EAT and they agreed with this decision. They found Mr Augustine was not in business on his own account. His relationship with SDL did not meet the requirements for employment –since he had total control over taking on work and SDL had no obligation to offer work – but when he did work he was legally a ‘worker’.

The case was sent back to the tribunal to consider the implications of worker status on Mr Augustine’s pay and conditions.

For advice and further information, please contact Ellis Walby on 01242 246 419 or at [email protected]. 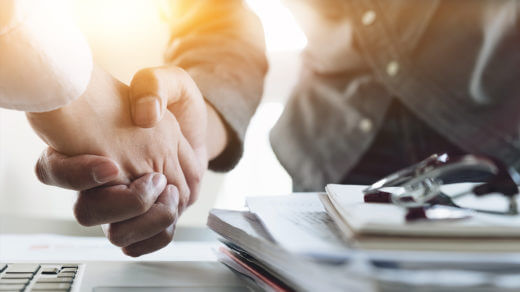