how we can help
Why join HCR? +
About Us Our Values Life outside the office Our Professional Networks
Early Careers +
Routes into a legal career Paralegals career Training Contracts Vacation Schemes
Our Current Vacancies
Around The World +
LEI Network China India Netherlands Nordics USA
Home > News > Dispute resolution team builds on success with promotions and growth

Dispute resolution team builds on success with promotions and growth 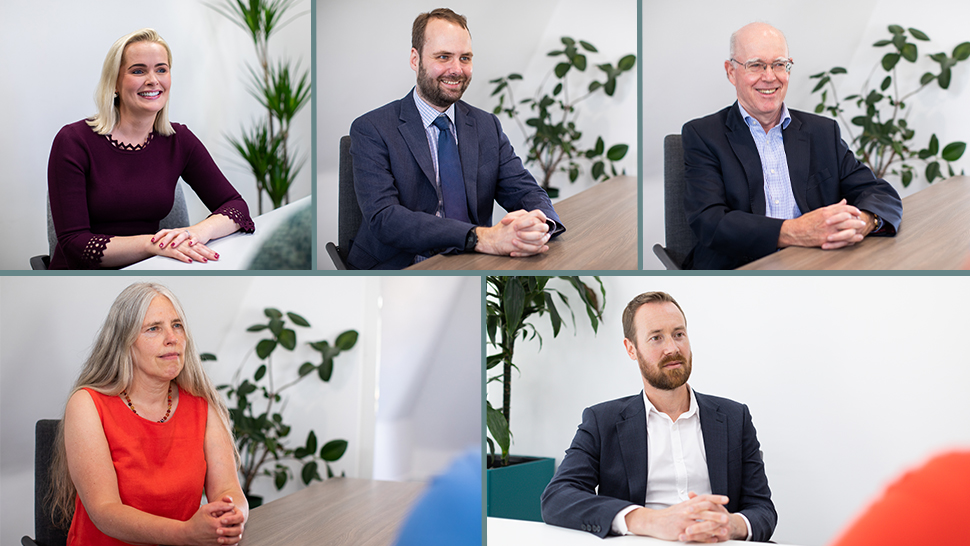 With landmark cases in the High Court recently and a growing team of 90+ across 10 offices, HCR’s dispute resolution team is also marking several promotions.

Stewart Morrison in Cambridge has been made a partner, while James Simnett in London has become a legal director. Further new appointments have been made, including, in the south east region:

The team has grown with the firm’s merger with Hewitsons, bringing 18 new people into the team, with specialisms in technology disputes, public services disputes (encompassing procurement and regulatory challenges), all of which complement the team’s existing fintech, cyber and IP dispute expertise.

Richard Morgan, Head of Dispute Resolution, said: “The team is going from strength to strength; the mix of some excellent new additions and some existing developing talent is a dynamic combination, and makes this an exciting team to work with.”

With four landmark High Court cases in the last four years, the team has been in the lead on the issue of disclosure; Richard Morgan twice represented US-owned multinational aerospace component manufacturer Primus International Holding Co (part of the Warren Buffet owned Precision Castparts Corp (PCC) Group). They sold their aerostructure composite business, including facilities at Farnborough in England and at Rayong in Thailand, to Triumph Controls UK Ltd. Two years later, Triumph alleged breaches of warranty in a share purchase agreement and began proceedings against Primus, claiming $65m damages.

Standard disclosure was ordered and around 450,000 documents were eligible for review by Triumph. Having reviewed just over half, Triumph then decided not to review the rest. Richard challenged this and an order was made for a more comprehensive review. The ruling showed that a unilateral decision on what and how much to disclose is not acceptable to the courts – the approach must be clear to, and shared with, the other party.

The case set the standard for disclosure, which is vital to many legal cases because it ensures that both parties have access to documents which affect their case, either to reinforce it or to undermine it.

In AAH Pharmaceuticals Ltd v Jhoots Healthcare Ltd, some of the same issues arose; the claimants unilaterally amended agreed search keywords by linking them with other words which they failed to mention to the defendants, in order to make the review process more manageable. The claimants reduced 900,000 documents to 240,000 documents by application of the agreed keywords and further reduced the responsive data set to 17,016 by linking the keywords.

Richard represented the defendants, who pursued an application to the court to vary the order for extended disclosure, due to concerns that the claimants had acted unilaterally in their approach, refused to engage in relation to the appropriate keywords and method for disclosure; there was considered to be significant risk that relevant documents would be missed if the claimants proceeded as indicated.

The claimants argued that they were entitled to pursue matters unilaterally as they saw fit in relation to the disclosure process.

In the High Court (Business and Property Division) His Honour Judge Worster indicated that refusing to correspond on issues or engaging in confrontational or point-scoring correspondence did not help. The claimants should have sought to persuade the defendants that their keyword search proposals were worth trying, and to allay the defendants’ concerns that certain disclosures might be missed. If that failed, then the next step was to seek the court’s guidance.