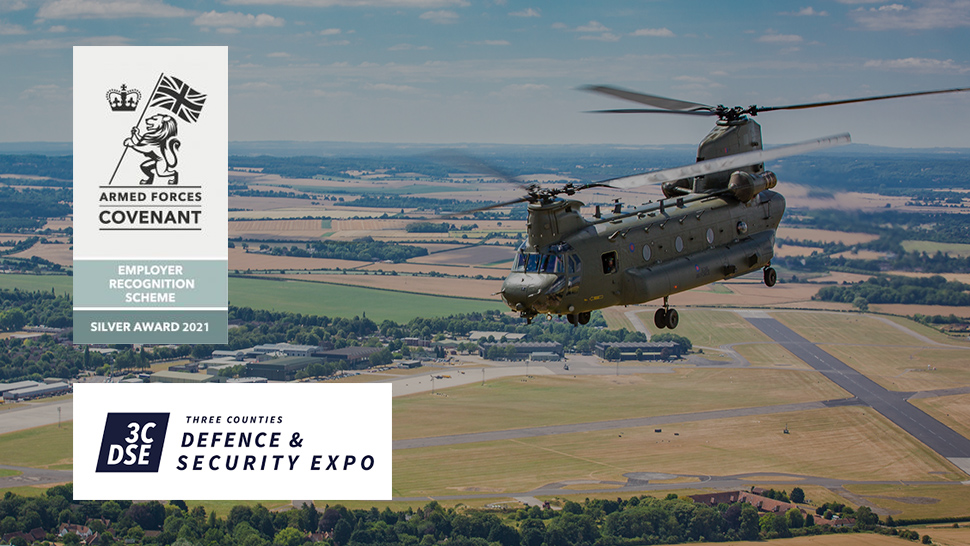 HCR was awarded the Gold Award in 2019 and HCR lawyers form part of the team behind 3CDSG. They include Richard Morgan, head of defence, security and the forces, Rebecca Kirk, head of the Hereford office and military spouse and Emma Humphrey, veteran and defence adviser.

Richard Morgan, who is also president of 3CDSG, said: “I am proud of the whole 3CDSG partnership team for their passionate support of the Armed Forces community, including the efforts of HCR’s team throughout the pandemic to support the Armed Forces community. This award is a recognition of how proud 3CDSG and 3CDSE are to serve the community, ensuring the defence industry thrives in the region.”

After what has been a particularly challenging 18 months for all businesses, 3CDSG and 3CDSE join 40 other organisations within the West Midlands Region who have been awarded the Silver Award in 2021 and a further nine who have had their Silver Award renewed.

The MoD introduced the ERS to recognise those organisations that commit to supporting the Armed Forces community, including reservists, veterans, spouses, cadet force adult volunteers and cadets. Achieving a Silver Award demonstrates that all award holders implement positive measures to support this community actively and ensure they face no disadvantage as part of the wider Armed Forces Covenant scheme.

Richard added: “3CDSG is run pro-bono by a group of veterans, current and former reservists and wider members of the Armed Forces Community who are passionate about supporting innovation and the Armed Forces Community within the region. It capitalises on the great transferable skills refined through years of varied experience in the military. We know the value employers can get from making their recruitment processes more accessible and inclusive of the veteran and reservist community.

“We also congratulate The Royal National College for the Blind, HS Infra, Octaga Security Services, The Cart Shed and Sutton House on their Silver Awards, with special mention of the Wye Valley NHS Trust on their Silver Award and outstanding work during the Covid-19 pandemic. It is a testament to the commitment of these organisations that they actively prioritised their commitment to the Armed Forces community during this incredibly challenging time.”