how we can help
Why join HCR? +
About Us Our Values Life outside the office Our Professional Networks
Early Careers +
Routes into a legal career Paralegals career Training Contracts Vacation Schemes
Our Current Vacancies
Around The World +
LEI Network China India Netherlands Nordics USA
Home > News > Promoting home-grown talent at Harrison Clark Rickerbys 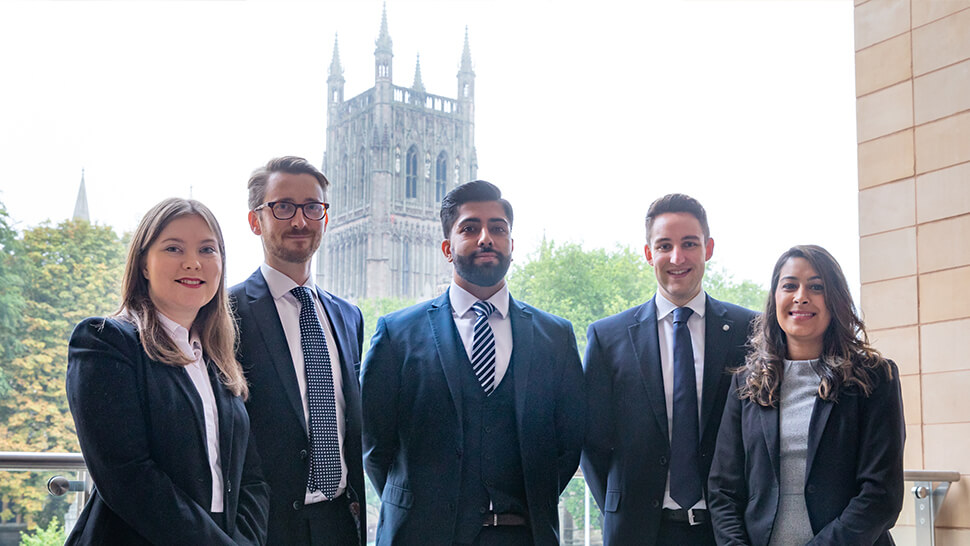 Six trainees are celebrating qualifying as assistant solicitors at Harrison Clark Rickerbys – three in Worcester, one in Hereford and two in Cheltenham.

Daniel De Saulles, Anika Pancholi, Jack Powell and Kevin Mahoney have completed about two years of training each and experienced a range of legal disciplines in six different teams.

Daniel, who joined the firm in 2016 as a trainee, won Worcestershire Law Society’s Trainee of the Year award earlier this year, and starts work with the commercial team in Worcester.

Helen, who has been very involved in the firm’s charity fundraising efforts, joins in the wills, trusts and estate planning team in Cheltenham, where Kevin, who works with the commercial team there is also based. Mandeep and Anika join the corporate team in Worcester and Jack, who is based in Hereford, joins the dispute resolution team there.

Richard Knight, the firm’s senior partner, said: “It is vital to nurture talent whenever possible, and investing in training and development is always worthwhile – I congratulate all six of our newly qualified solicitors, and I hope that Helen, Daniel, Anika, Kevin and Jack will enjoy their new roles. I look forward to seeing them flourish and grow within the firm.”